Even before he found himself being questioned by the police in Havana, Toronto-based filmmaker Vikram Dasgupta was having a difficult summer.

He had known that filming dance performances on three continents would be a challenge. But when the Fall for Dance North festival approached him about directing its 2021 Signature Program, a film presentation of those performances for the festival’s COVID-era digital programming, he was thrilled.

During an already-planned visit to see his parents in India in March, Dasgupta would have the chance to film Indian classical dance for the first time, with the Nrityagram Dance Ensemble near Bangalore. Then, in the U.K., he would film a performance by National Ballet of Canada dancer Siphesihle November and his brother Mthuthuzeli. That would be a kind of coda to Dasgupta’s 2019 documentary, Beyond Moving, which followed Siphesihle’s journey from childhood in the small town of Zolani, South Africa, through his training at Canada’s National Ballet School. Finally, in Cuba, Dasgupta would capture a new piece by Canadian choreographer Aszure Barton, performed by the Malpaso Dance Company.

Things did not go according to plan.

“This Signature Program will have a signature place in my life, for all I’ve been through,” Dasgupta says.

During his stay in India, after filming at Nrityagram, his father was unexpectedly diagnosed with a heart problem, and passed away in June. Meanwhile another crisis descended, as COVID-19 swept through the country to devastating effect. Countries around the world restricted travel from India, including the U.K., where the November brothers were ready to film. For the first time, Dasgupta was forced to direct via Zoom.

“Siphe and Mthuthu are brilliant, and the camera crew we had in the U.K. was fantastic,” Dasgupta says. Reflecting on the sorrow his family was experiencing at the time, he adds, “the filming was the easy part.”

When he arrived in Havana in late summer, the country had just been roiled by anti-government protests. Wanting to get a sense of the city, Dasgupta went for a drive with his cinematographer to film street scenes. Police followed their car, then detained them and confiscated the footage. The officer questioning Dasgupta pointed out that he was in the country to film dance, but there was no dance happening on the streets where they were filming.

“Dance is everywhere,” Dasgupta replied. The officer looked puzzled, and scribbled his answer in a notepad, he recalls. “The light was beautiful,” he tried to explain, to the same reaction. After a few hours, they were released – without their footage, which was never returned.

“It was one thing after another,” says Fall for Dance North artistic director Ilter Ibrahimof, who marveled at Dasgupta’s equanimity through each new setback.

The film – which is now complete and has its debut online on Wednesday, Oct. 13, followed by a screening in Toronto at Meridian Hall on Thursday – is Fall for Dance North’s attempt to come close to its signature type of programming. Before 2020, the festival usually presented dance companies both from Canada and abroad, representing a variety of genres, in each program it put onstage, “a tasting menu of dance,” as Ibrahimof calls it. This is the second year that it has produced digital programming due to COVID-19 restrictions. But Ibrahimof wanted something different.

“So many of us have seen so many things online in the past year,” he says. “The bar has been raised.”

After seeing Beyond Moving, Ibrahimof was struck both by Dasgupta’s eye for filming dance, and by the deep bond depicted in the documentary between Siphesihle, who was recently promoted to principal dancer at the National Ballet, and Mthuthuzeli, a dancer and Laurence Olivier award-winning choreographer with the London-based company Ballet Black. Their piece, My Mother’s Son, commissioned for the 2021 Signature Program, is the first the brothers have created together in the studio since they were children.

“It came together so beautifully. It felt right,” Siphesihle says. “The biggest thing is, we were creating something that was us. There’s something so integral to who we are and where we come from. ... All the nuances that I feel, he feels, and vice versa. There’s a synergy that happens, that hopefully shows in this film. It’s a piece of who we are.”

Dancing for the camera rather than live onstage is strange, he added. Dasgupta had seen clips of their rehearsals to allow him to prepare for filming, and worked over Zoom with a cinematographer and videographer on location. Having known the director since he was a child, November says that he felt confident Dasgupta understood how the brothers move, and their relationship.

“I wouldn’t trust anybody else to do it,” he says.

For Ibrahimof, the film represents a shift for the festival, which he believes should continue offering digital programming even once a full return to the stage is possible. Last year, viewers from 52 countries tuned in to the festival’s programming. This year, the Signature Program will make its world premiere on streaming service Marquee TV. The festival recently brought Dasgupta on board as a filmmaker-in-residence for the next two years.

“I definitely see the future as hybrid,” Ibrahimof says. “We love to bring live dance to people, we know nothing can replace that. But the live festival is for a local audience. With programs like this, we reach a much broader audience.”

Dasgupta says he hopes such programming can make dance accessible to more viewers.

“The whole idea is to have art in our diets,” he says. “When I got into filming dance, I wanted to film from a dancer’s perspective – knowing full well that I could get in the way, but if I could choreograph my camera around them, I could get into what it feels like to be on stage ... If I, being somebody who is not a dancer, can understand it a little bit, then anybody can. It belongs to everybody.” 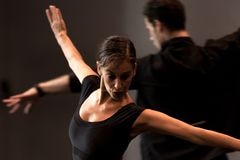 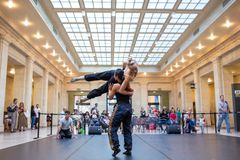 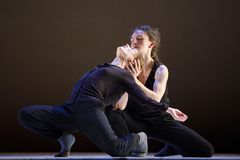