Vancouver born-and-raised artist Ken Lum has been awarded the prestigious Gershon Iskowitz Prize at the AGO. The prize, awarded by the Art Gallery of Ontario and the Iskowitz Foundation to an artist who has made an outstanding contribution to the visual arts in Canada, comes with a solo exhibition at the Toronto gallery and a $50,000 cash award.

“It’s a great honour,” Lum, 63, said from Philadelphia, where he now lives and works. “I never met Gershon Iskowitz, but I admired his work. More importantly, I know something about his biography, which you can’t help but be moved by; he’s an example of a good citizen. It’s just an honour to be associated with someone who has contributed to making the world better.”

Iskowitz, who was born in Poland in 1921, was a survivor of Auschwitz and Buchenwald. While imprisoned as a slave labourer in the concentration camps, he managed to find drawing materials and would sketch late into the night. “I needed it for my sanity,” Iskowitz later said.

After liberation, he studied at the Academy of Fine Arts in Munich and immigrated to Canada in 1949. Iskowitz, who lived in Toronto, understood the great importance that grants play in the development of artists in Canada. In particular, he acknowledged the boost he received from a Canada Council grant in 1967, when he felt his career had stalled. In 1972, he represented Canada at the Venice Biennale, along with Walter Redinger.

The prize was established in 1986, two years before Iskowitz’s death. It is to be awarded to a “professional Canadian visual artist who has achieved maturity and a measure of success as an artist, and who is on the verge of using his or her creative energy to produce a significant body of work, or to continue his or her research.” Previous winners include Rebecca Belmore, Michael Snow, Brian Jungen, Stan Douglas and General Idea.

Lum, who is a professor and chair of the Department of Fine Arts at the University of Pennsylvania’s Stuart Weitzman School of Design, was the unanimous choice of the jury for the 2019 prize. He has exhibited extensively in Canada and internationally, but this will be his first show at the AGO.

The multidisciplinary conceptual artist has exhibited at the Whitney Biennial, Documenta, the Venice Biennale, the Sao Paulo Biennial, the Shanghai Biennale and elsewhere. He has had a long list of solo exhibitions, including a 2011 show at the Vancouver Art Gallery. He has also curated and conceived a number of large-scale exhibitions.

Among his many public art commissions is Monument for East Vancouver, commonly known as the East Van Cross, which has become an iconic symbol in the city.

He has received a Guggenheim Fellowship, a Pew Fellowship, a Hnatyshyn Foundation Visual Arts Award and he is a member of the Order of Canada. He has received numerous other awards, including an honorary doctorate from Simon Fraser University, where he completed his undergraduate degree. He received his MFA in Visual Arts from the University of British Columbia. He has been a professor at UBC and at the Emily Carr University of Art and Design in Vancouver, as well as at Bard College in New York. He moved to Philadelphia from Vancouver in 2012.

It is a busy time for Lum. In addition to his artwork and academic career, he also has a book of essays being published in early 2020, Everything is Relevant: Writings on Art and Life 1991-2018. He has written a screenplay for a feature film. And he has co-founded Monument Lab in Philadelphia, which examines monuments and public art in the context of history and social justice.

He says winning the Iskowitz Prize has been cause for reflection. 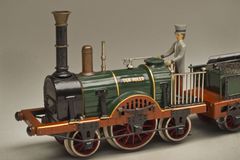 2020 arts preview: Plan your next year in culture, from TV and film to music, theatre and visual arts Subscriber content 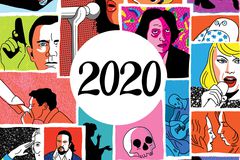 Federal Heritage Department did not release reports on art exports for past two years, documents reveal 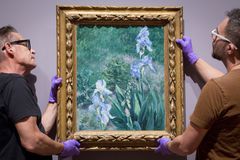