Why would a government suck the life out of a city? That’s the question some Windsor locals are asking, as the city’s hospital system prepares to move its services and jobs to a greenfield on the city’s rural fringe.

The debate is heating up as a citizens’ group challenges the planning behind a proposed “megahospital” just outside this city of 200,000. The critics have it right: The “megahospital” scheme represents everything that is wrong with land-use planning in Canada.

This is about where we put our homes, our workplaces and our institutions. Too often, there is a gap between our society’s ostensible goals – denser, more walkable, more sustainable communities – and what we actually build: car-oriented sprawl.

The Windsor story is an egregious example. The decision, which will be challenged at a provincial tribunal this spring, is to create a new $2-billion regional hospital, about a dozen kilometres from the city core, on farmland next to Windsor’s airport. The Windsor Regional Hospital would close its Ouellette and Metropolitan campuses, both within the bounds of the historic city; most of their 4,000 employees would move to the new site.

As the critics see it – and they make a strong case – this would create a series of social and environmental problems.

For one, it takes the bulk of hospital services away from Windsor’s most densely populated area, the century-old neighbourhoods around downtown. “A hospital is an anchor to the city around it,” says Philippa von Ziegenweidt, who heads the advocacy group Citizens for an Accountable Megahospital Planning Process (CAMPP). “And this plan has government, instead of investing in the area, doing the opposite.”

Four central Windsor BIAs are supporting CAMPP. The crowd-funded group is now challenging the city’s planning decisions for the new hospital at Ontario’s Local Planning Appeal Tribunal, arguing that Windsor has gone against the objectives in its own Official Plan. Jennifer Keesmaat, formerly chief planner for the city of Toronto and a mayoral candidate there, has supplied written testimony supporting their effort.

The hospital system, CAMPP and its allies met in late March for the first part of the tribunal proceedings, which should wrap up by fall – and which could stop the megahospital plan.

A Dutch-born accountant who routinely cycles around the city, von Ziegenweidt is an outspoken advocate for active transportation. But as the spouse of a surgeon, she also knows something about how hospitals work. “I don’t expect people who are 80 years old and ill to bike to the hospital,” she says dryly. But she points out, correctly, that most of the people who come to a hospital are not people in distress. They are staff, or patients coming for day procedures, or families and friends coming to visit their loved ones.

Right now, thousands of people can walk to the two Windsor Regional Hospital campuses. “If this move takes place,” she says, “nobody will be in walking distance.”

The case for the new plan comes down to convenience of care and “accessibility” – almost entirely by car – for a population that includes both Windsor and Essex County. The two existing Windsor Regional Hospital campuses, which offer different specialties, will be merged in one new building easily accessible by car. Yet: “People in downtown Windsor, a lot of them are elderly and they don’t have cars,” von Ziegenweidt says. What about them? The city is promising new bus service to the new hospital site, but will that adequately bridge the 12-kilometre distance?

How do you make sense of the end of the world? The Uninhabitable Earth paints a terrifying picture

In Cambridge, a library of old stone, new glass and few books

There are other places the hospital could go that are closer to the core, on former industrial sites. Windsor has a lot of empty land.

I asked the hospital to explain its thinking about its location more fully. Chief executive David Musyj was unavailable, and the hospital did not make anyone else available to answer my questions, despite multiple requests.

There will be winners from this process: Some suburban residents of Essex County, who may have shorter drives to the new site. “Many people in [Essex County] think that they will be closer to this location than they are to the current hospital,” von Ziegenweidt says. “But the relative benefit to them is much smaller than the cost to people who don’t have cars.”

Indeed, a local non-profit, Hackforge, created a webpage that compares drive times with the old and new hospital sites. The difference, they say, is minimal for many people. Which is not surprising. Like many cities, Windsor was cut up in the postwar period by an overscaled network of one-way streets and an expressway. “It takes me 16 minutes to drive across the city, and in rush hour a little bit longer,” von Ziegenweidt says. “It’s just not that bad.”

Yet, she says, there is a sense among suburbanites that driving is difficult. “People think it takes forever to get downtown, they think there’s no parking and they think it’s full of drug addicts,” von Ziegenweidt says.

But reassuringly for them, the new suburban site would have plenty of parking. And it will, if all goes to plan, anchor a new neighbourhood with thousands of residents and new jobs.

CAMPP has sensible concerns about whether there’s really demand for all that new development. But even if it comes, it would create a second problem: It would suck jobs away from the centre of the city. Windsor has been hard-hit by the loss of thousands of auto-sector jobs, and also, like many industrial cities in North America, it has hollowed out. Since the early 1970s, Windsor has sprawled in size by about a quarter, and yet the city’s population is basically the same.

That new development would be poorly served by transit. That means people will predominantly drive there – and traffic-related air pollution is linked to bad local public health outcomes as well, of course, climate change. These are issues about which hospitals should care profoundly; and yet Musyj told a local news outlet that the hospital will be looking for an exemption from the federal carbon tax. This is not leadership.

Windsor councillor Chris Holt, part of the CAMPP group, represents part of downtown. At a council meeting last August, when the city approved the zoning for the megahospital plan, Holt worried about the “double whammy” to the city as doctors and medical clinics head to the suburbs and leave their former buildings vacant.

Holt, who lives in the Walkerville neighbourhood, has been an advocate for downtown reinvestment. “We’re on the verge of something that’s remarkable downtown,” Holt told council. (Holt declined to comment for this story because of the LPAT proceedings.)

The University of Windsor is part of that reinvestment; it has created a downtown campus, with four new and repurposed buildings, including a multidisciplinary School of Creative Arts in the former Windsor Armouries.

At council, Holt criticized the hospital plan for undermining such projects. “By removing key infrastructure that keeps people downtown, we will be undermining” the city’s efforts at reinvestment, he said. “It’s the wrong way forward at the worst possible time.”

He’s right. Government should not pull apart our cities; it should heal them.

Activist who lost daughter, brother to drugs fights on for decriminalization to ease opioid crisis
May 5, 2019 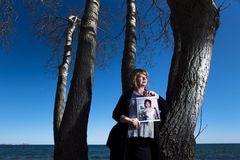 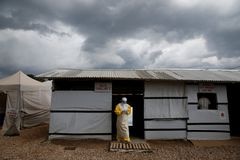