Howard and Carole Tanenbaum’s photography collection includes a portrait of three young sisters who look ready to burst out of their frame. You feel like you might bump into them as they hurry home from school in 2019: The responsible eldest would be shepherding her siblings, an earnest talker and a dawdling dreamer. Pale and scrawny, the girls share a strong family resemblance and look both scrappy and very serious, an effect perhaps heightened by the long seconds they would have had to hold still to have their picture taken: It dates to the 1850s.

Many old daguerreotypes are dead things, pictures of stiff, distant people that raise little emotion. Despite their unsmiling faces – and the ridiculously adult dresses that leave their shoulders bare – the three sisters seem completely alive in the present moment. The Tanenbaums know a successful photograph when they see one.

The Toronto couple, whose eclectic collection of 19th- and 20th-century photography is now showing at Ryerson University’s Image Centre, have tastes that are both broadly catholic and instinctively democratic. They have collected numerous anonymous 19th-century family photos in which neither sitter nor photographer can be identified and they own a print of Alfred Stieglitz’s The Steerage, the 1907 image of an immigrant ship that is one of the most famous photographs in the world. They have bought vintage portraits of sex workers photographed in Paris by Brassaï and in New Orleans by Ernest J. Bellocq, and they have supported the work of contemporary Canadian artists, represented here by Volker Seding’s haunting images of zoo animals, Lynne Cohen’s unsettling views of commercial interiors and Rafael Goldchain’s hot-coloured Mexican portraits.

In this show, which represents but a fraction of the Tanenbaums’ holdings, the Ryerson curators have done what curators do, categorizing and contextualizing from a collection driven by personal tastes. Curator Gaëlle Morel and archivist Charlene Heath have mounted a small, tightly focused selection of the 19th-century material, organizing by such themes as family portraiture and tourist landscapes, in particular views of Niagara Falls. Meanwhile, in the main gallery space, Ryerson Image Centre director Paul Roth and Heath oversee a quick march through the entire 20th-century history of photography up to the present, taking us all the way from Stieglitz to Edward Burtynsky.

What emerges is that the Tanenbaums, who have been collecting since the 1970s, have done so in two principle modes. In one way, they value photographs as precious objects: Carole Tanenbaum is also a vintage jewellery collector and this show includes a selection of the decorative, 19th-century photo cases that intrigue the couple along with many pieces of mourning jewellery, elaborate settings for tiny photos of the deceased. One of the finest things in the 19th-century room is a pair of yellow-tinged views of Mount Fuji. They are orotones, so named for the gold leaf used in their printing process, and they are mounted in beautifully crafted wood frames with an inlaid pattern of flowers. The medium came late to Japan, and these rare examples from 1900 are not merely photographs but multimedia art objects.

The other mode, and it’s an approach that bubbles up loudly from the show, is one of encounter: The collectors are interested in meeting people in photographs. With a few notable exceptions – Paul Strand’s 1916 architectural view The White Fence; Arthur Leipzig’s Brooklyn Bridge of 1946 and Burtynsky’s image of a Chinese shipyard – all of the photographs get up close and personal with human beings.

One of the most remarkable examples is Bellocq’s Storyville Portraits project. Around 1912, Bellocq photographed sex workers in the New Orleans red-light district, taking up a genre of what were, in effect, calling cards for their trade, and turning it into a startling tribute to the women’s pride and confidence. The negatives were uncovered decades later and the U.S. photographer Lee Friedlander printed them up in 1970; the Tanenbaums bought a set and Roth has devoted one wall in the exhibition to it, enshrining a remarkable piece of photographic history in a Toronto setting.

The collection also includes several of Brassaï’s familiar images of Parisian street and bar life of the 1930s, a heroic 1965 portrait of Welsh miners by Bruce Davidson, Vincenzo Pietropaolo’s 1984 photo of migrant tobacco workers in Southern Ontario and Lisette Model’s ever-popular Coney Island Bather, that big, boisterous lady who all but takes the viewer into her meaty arms. The tricky relationship between the person behind the camera and the person in front of it – often, in these famed images, subjects who are criminalized or marginalized – is then briefly addressed in work by Jim Goldberg. In a study of poverty and wealth in the 1980s, the American photographer scribbled a subject’s reactions in the margin of their photograph. So, an immigrant maid is saddened to discover she looks downtrodden; a single mother is surprised to see that the horror of her life has been reduced to apparent normality.

Encountering that artistic empathy again and again in this collection, the generosity of the photographers shines through and, by extension, it makes the Tanenbaums’ anti-hierarchical embrace of the medium look spectacularly generous too.

Speaking of generosity, a temporary exhibition such as this naturally raises the question of a permanent legacy. The Tanenbaums have already made several focused donations from their collection to Ryerson’s, concentrating on ensuring that important Canadian figures, from the 19th-century commercial photographer William Notman to Goldchain, Seding and Cohen, are represented. Is the day approaching for a much larger handover, perhaps to Ryerson or also to an institution such as the Canadian Photography Institute at the National Gallery of Canada?

Roth isn’t holding his breath, saying the Tanenbaums are still actively collecting: “Howard and Carole aren’t people who are looking to be done.”

True to the Eyes: The Howard and Carole Tanenbaum Photography Collection is at the Ryerson Image Centre in Toronto until April 7 (ryersonimagecentre.ca).

Editor’s note: (Jan. 29, 2019) An earlier version of this story had an incorrect name for Howard Tanenbaum. This version has been updated. 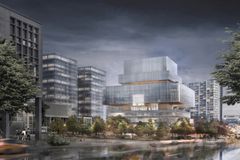 Georgian artist Chachkhiani asks you to think outside the box – and inside it, too
Subscriber content
January 24, 2019 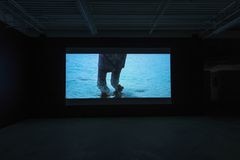 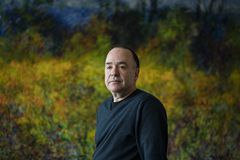