The earliest photographers were like magicians, who caught images of the material world on blank surfaces without pencil or paint. Georges Méliès, who made some of the first motion pictures, actually started as an illusionist, and used his camera to amaze.

Now, of course, anyone can snap pictures with a cellphone, and add them instantly to a stockpile of online imagery more likely to exhaust than astonish. Even Photoshop’s tricks have ceased to amaze, while undermining photography’s strongest boast: that it shows the world as it really is.

Some artists have responded by bringing materiality and wonder back into photography. They have returned to messy and sometimes erratic forms of photo-chemistry, reviving old methods or inventing new ones. Their works often don’t look like photography as we know it, and don’t intend to. Like old-time illusionists, these artists challenge us to figure out how the magic was done. 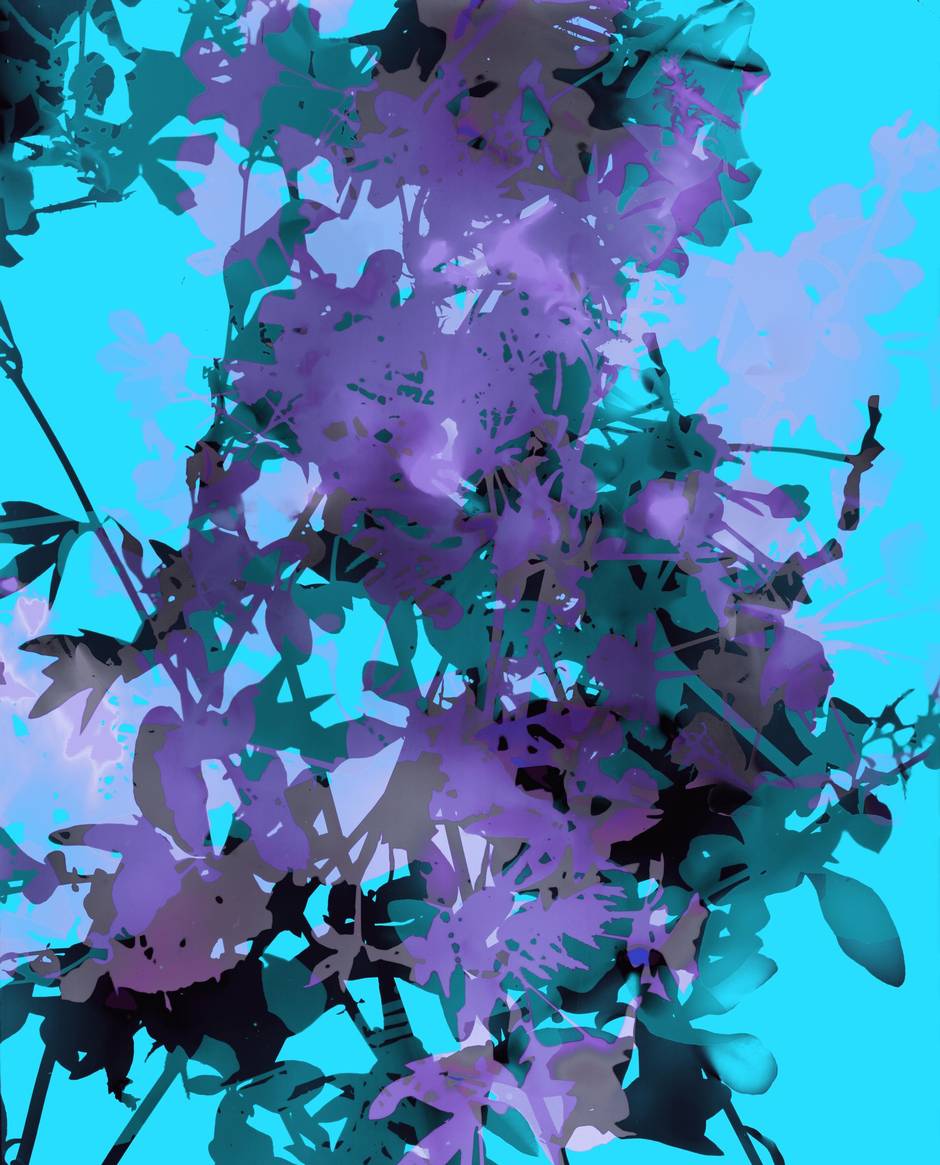 Mariah Robertson’s works at the Museum of Contemporary Canadian Art (MOCCA), for example, have the look of exuberant abstract paintings. Vivid colours swirl over each other in non-repeating patterns, in one case literally pooling in a heap of paper on the floor. But Robertson’s colours all come from the reaction of chemical washes to her light-sensitive photographic papers.

Ryan Foerster, also at MOCCA, uses a similar process, sometimes also burying his pictures temporarily or leaving them out in the rain. The idea is to allow natural or accidental transformations to work on a scarred and textured surface that may look more like geology than photography.

Both artists are represented in Part Picture, a group show that is a must-see part of the Scotiabank CONTACT Photography Festival. The exhibition, curated by Brooklyn-based photographer and critic Chris Wiley, also includes some James Welling prints made from photograms – simple camera-less images captured by exposing an object on light-sensitive paper. A similar process was used in the 1850s by botanist Anna Atkins, one of whose images figures in Past Picture: Photography and the Chemistry of Intention, a concurrent MOCCA show of mostly historic photos assembled with the National Gallery of Canada. Welling alludes to Atkins with his choice of subject – plants – but also uses colour filters and digital superimposition to achieve a look that recalls painting or silk-screening. Past Picture also includes abstract photograms by Man Ray and Share Corsaut, a Canadian working with vintage techniques in the 1980s. 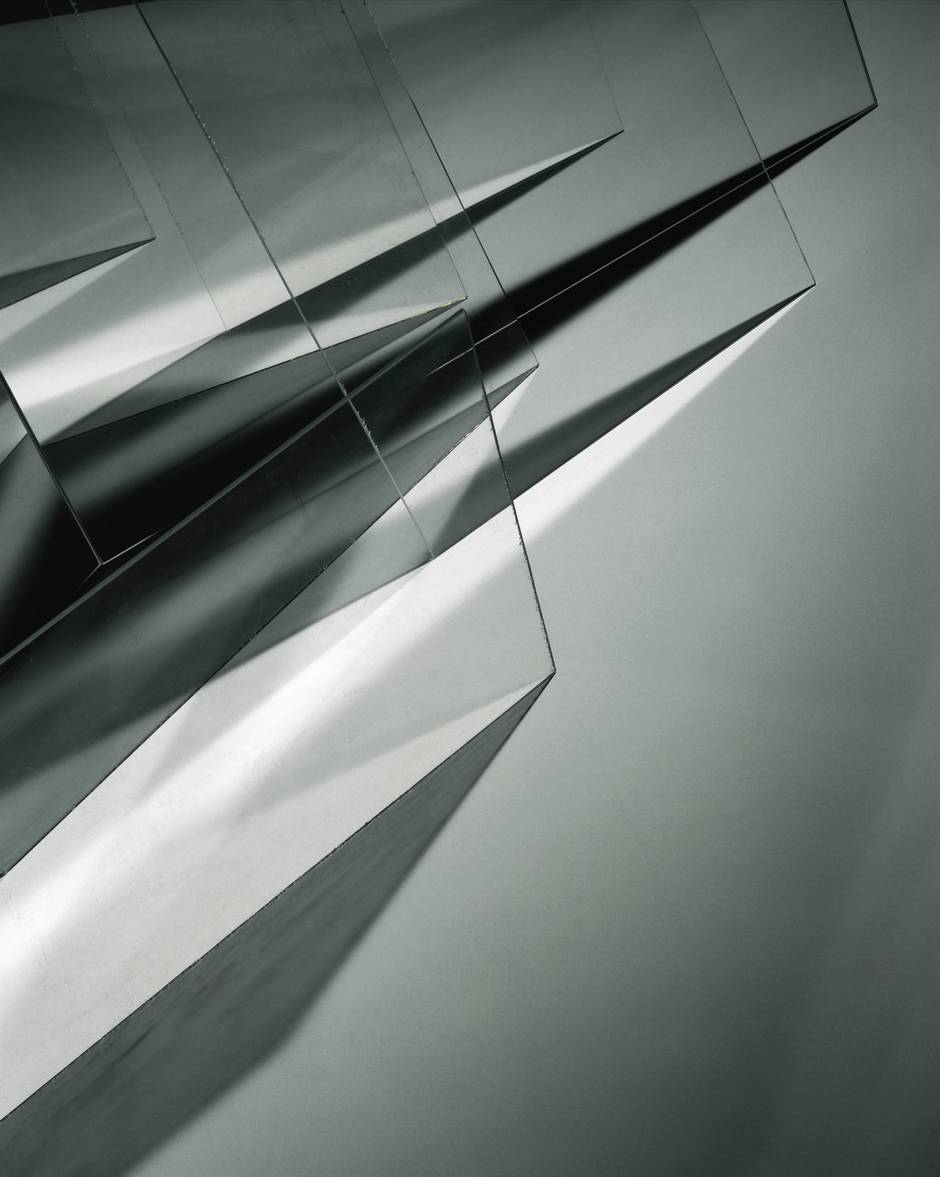 Back at Part Picture, Ellen Carey transforms 100 large Polaroid negatives into a monumental textural display called Mourning Wall, which is as grey and mottled as an elephant’s hide. The effect was achieved, says Wiley, by pulling the negatives through Polaroid chemical rollers, but that explanation doesn’t get you halfway to the intense materiality of this work.

Plenty of other CONTACT artists use antique procedures or mess with their photos in unconventional ways. Curtis Wehrfritz uses a wet collodion process for his works at the Alison Milne Gallery, in which a glass plate is doused in chemicals that remain wet when the image is taken. The results have a soft, streaky look that goes far beyond the retro appeal of digital apps such as Hipstamatic. Rita Leistner actually does use that iPhone app for her show at the Dylan Ellis Gallery, but has the images printed (by Bob Carnie) using a three-colour gum bichromate process similar to that used by Edward Steichen a century ago. It’s a clever mash-up of digital technology with a form of printing prized for its resemblance to hand-drawing. 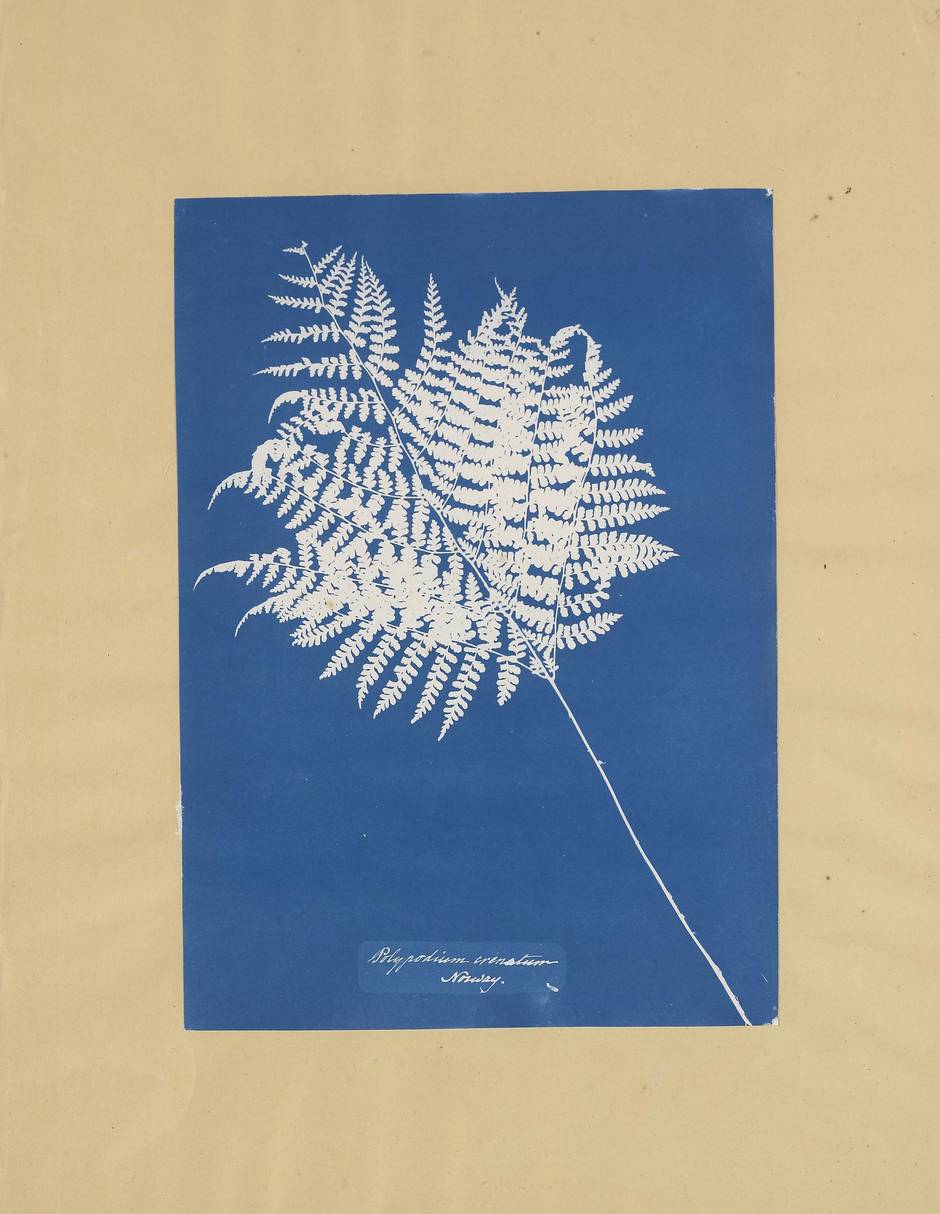 Claire Harvie’s photos at Alliance Française’s gallery (from May 6) exploit the chemical instability of chromatype, a process from the 1830s in which the finished images continue to darken as more light reaches them. Harvie’s theme is the subjectivity of colour perception, which briefly became a social-media meme in February via a photo of a dress that looked white and gold to some, blue and black to others.

Wil Murray, at Katzman Contemporary (from May 2), paints directly on his negatives using photographic oils, of the kind normally used for tinting prints by hand. Randy Grskovic, in the same show and at Gallery 44 (from May 1), makes deliberately rough collages of found negatives, emphasizing his material with lashings of Scotch tape.

Even the Art Gallery of Ontario’s ongoing exhibition of photos from the Lodz Ghetto makes a subtle effort to shift the materiality of Henryk Ross’s images to the foreground. The modern printing of his photos includes the entire width of the negatives, showing the sprocket perforations and also any damage sustained while the photos were buried in the hole where Ross hid them during the Second World War. In his way, he was anticipating Foerster’s interred photo papers, though certainly not for art’s sake. 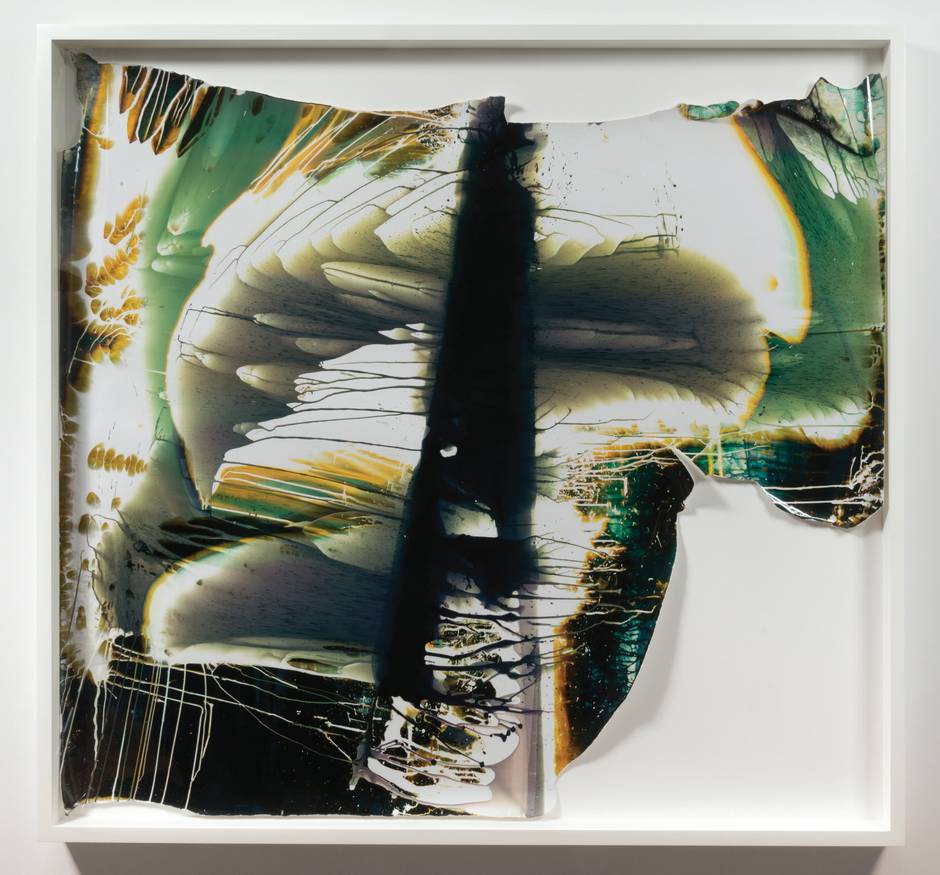 A unique chemical treatment on RA4 paper by Mariah Robertson.

Other artists at CONTACT achieve strange results by building their own cameras or adapting specialized devices. Toni Hafkenscheid uses a camera with an extremely shallow depth of field to take landscape photographs that make freight trains look like toys (in a group show at the Art Gallery of Mississauga). Ralph Nevins works a homemade variation on photo-finish cameras to produce grotesque portraits of bodies that seems as pliable as taffy (at Opticianado). But CONTACT’s cheekiest instance of photography by unusual means may be Phil Solomon’s Empire X 8, a time-lapse representation of the Empire State Building, not as seen by a camera but as rendered in the video game Grand Theft Auto IV. Apparently, there are still many ways to make interesting works with and around photography.

The Scotiabank CONTACT Photography Festival runs at dozens of venues in and around Toronto from May 1 to May 31.