Over three decades, British artist Isaac Julien's work has evolved into multiple-screen video installations, as if one screen is too simple and limited a palette for the interconnected layers in his art.

Themes of race and migration were on display at the Royal Ontario Museum (ROM) recently in an exhibit of two works, collectively entitled Isaac Julien: Other Destinies. His WESTERN UNION: Small Boats, (2007) was inspired by the treacherous seafaring migration of Africans heading to Italy, the extreme displacement on display almost a decade before the same images became daily news. In True North (2004), a constructed ice cathedral is set among the natural sculptures of broken glaciers in scenes of exploration and colonialism inspired by Matthew Henson, a black African-American who was among the first settler explorers of the North Pole.

Currently, Julien is the International Artist Spotlight with Toronto's Images Festival, in partnership with the ROM and OCAD University, where Julien has committed to the mentorship of five interdisciplinary students in a new project called the Jack Weinbaum Family Foundation Global Experience Project, which will invite this diverse group of young students to visit Julien in London to go behind the scenes of his work. While Julien was in Toronto, The Globe and Mail spoke with him about selfies, race and working with a global perspective.

Well, because the fantastic thing about the ROM is it does have this huge variety of audiences and younger people and families. Maybe this is the first time they come across a multiple-screen installation. It's a very unique context to have a work like mine shown in this encyclopedic museum. So I think it probably is quite interesting to witness the reactions and, well, maybe you can share that with me.

I followed them in sneakily and they were taking selfies with your video art projected on their bodies. What do you think of that interaction?

As someone who works in news, I found myself wondering what your relationship is with news. Do you keep up on it the way some do, on an hourly, minute-by-minute basis?

I think one of the things that may be different is that [news] has to be of the minute. That perhaps limits its possibilities for thinking about how it may be viewed in the future. In the case of WESTERN UNION: Small Boats, the news played catch-up to the artwork. Similarly, True North, which is a work looking at secret histories in Canada. In Canada, if we look at the question of Arctic exploration and connect it to First Nations people in relationship to Canada and the way in which some of these histories have been hidden and connect it to the idea of nationhood. The fact there's a black explorer, Matthew Henson, who went to the North Pole in 1909, who most people don't know, that's got to signify in a Canadian sense because it's connected to lots of other questions like climate change and these histories that are not always part of the storytelling of the nation.

What was it about Matthew Henson that resonated with you?

I just didn't know Matthew Henson at all. I didn't know there was an African-American explorer that went to the North Pole who could speak different languages and Inuit cultures, I didn't know anything about this whole history.

I think the art world has been receptive to the idea of race in the work, aesthetically. At the same time, one could say that the art world has been quite slow to really look at these questions. When I went to art school, for example, I didn't know there was something called the Harlem Renaissance, a black artistic movement that began in New York that is connected to black modernist practices. And now if there's a young artist, they can know about these things and take it for granted because I've made a film like Looking for Langston [his 1989 film about jazz poet Langston Hughes, an exploration of homosexual love, black masculinity, celebration and intimacy].

Or in a work like Ten Thousand Waves [Julien's 2010 nine-screen work inspired by the tragedy of 20 migrant Fujianese cockle-shell pickers who died working off the coast of England], a work I shot in China, which looks at migration from the Fujianese province to England, but goes back in time to the Ming period and to the point of view of a goddess, Mazu, played by Maggie Cheung in the work, where she looks at the tragedy out of the framework of the European point of view. The fact that she is a goddess from the Fujian province where the Chinese cockle-shell pickers originated from, in a way leads us to view that actually people from the Fujian province have been migrating for thousands and thousands of years and that culture created the American railroad and created the presence of the 200-year Chinese existence in Vancouver. And in a way it makes a mockery of all the rather expedient, contemporary questions around migration.

With such a global perspective in your work, is cultural appropriation ever a fear?

With my work, it's very much about the fact that my parents originate from Saint Lucia. Once I went to the Fujian province in China, I thought, "Oh, my God, this reminds me of going to Saint Lucia." One of the amazing things that has happened to that work is that it's in the M+ collection, which is going to be the Tate Modern of Hong Kong, the K11 Foundation in Hong Kong as well. So it's been acquired by the two most prestigious Chinese museum organizations in the world. And that was something I really wanted to achieve.

Specifically that it be acquired by a large Chinese organization?

Absolutely. It meant it felt for me that it succeeded, in terms of identification. But I do think about those questions of appropriation, of course, and I feel very sensitive toward it.

When you look back on yourself as a teenager, what do you think young Isaac would think of your current life?

I think I would have thought it would be quite impossible to do the things I do today.

Is there a piece of advice you universally give out to your mentees and that you might have given to yourself as a young person?

I think it's about being honest to yourself and brave about the things you want to say in your work. To do that involves a certain amount of risk. You need to take that risk in terms of being able to articulate what you really want to say.

Isaac Julien: Other Destinies runs at the Royal Ontario Museum through April 23 (rom.on.ca). 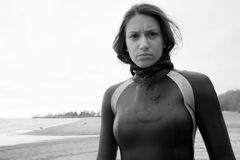 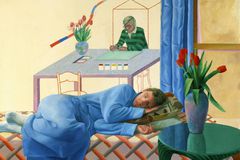 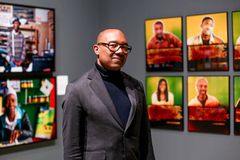