It began with a luncheon in Montreal in mid-1986 and it's ending with a series of auctions, the first occurring Wednesday in Toronto. It is the Claridge Collection – what Stephen Ranger, vice-president of Waddington's Auctioneers, calls an "extremely eclectic" potpourri of Canadian arts and crafts assembled in the 1980s and '90s at the behest of billionaire businessman/philanthropist Charles Bronfman.

Close to 200 lots – ceramics, paintings and glassware, sculpture, engravings, drawings valued by estimate at close to $450,000 – are to be hammered down this week, with another 600 or so to be sold at two more auctions, in spring and fall 2014.

Bronfman, 82, is very much alive – but a couple of years ago he announced he would be winding down the panoply of philanthropic endeavours he and his late, second wife Andrea started in 1986. The sale of the Claridge Collection is not, strictly speaking, part of this divestiture, more a parallel occurrence, with proceeds earmarked for Historica Canada (formerly the Historica Dominion Institute), for which Bronfman has been a long-time patron.

The collection is named after Claridge Inc., the Montreal-based holding company for the Bronfman family. When Charles Bronfman, as Claridge chair, announced the company would be locating in 1987 to spacious renovated quarters in the former Windsor Hotel, it was decided the office should showcase new Canadian arts and crafts on all of its three floors. Meeting over lunch, Bronfman and wife Andrea (who died in 2006), tasked Franklin Silverstone, former head of North American operations for Phillips Son & Neale auctioneers and, since 1981, curator for Bronfman's personal art collection, with filling the Claridge offices. Silverstone proceeded to do just that. For the next nine or 10 years, much of it spent travelling across the country, he accumulated wares – "They had to be fun; they had to be colourful" – for his clients' delectation.

"It was like the Roman theatre," Silverstone recalled recently. "Thumbs-up or thumbs-down … The criterion was both [husband and wife] had to love it." By 1996 the Claridge offices were pretty much up to their ceilings in art and "since we didn't like to store anything," the collecting came to a halt.

The upcoming Claridge sales also represent a sort of changing of the guard. Charles Bronfman's son, Stephen, became executive chair of Claridge in 1997 at age 26 and he now feels it's time for a "renewal" of the company's art holdings. "We have redesigned and updated our workspace," he wrote in the auction catalogue's notes, "and, along with that upgrade, we are now putting together a new Claridge collection of Canadian arts, representing today's stars and emerging stars."

For Waddington's Ranger, the outgoing Claridge Collection is distinguished by "superb taste and respect for artists. What's particularly interesting is that the works Franklin bought are the best and the brightest but not necessarily the most popular." Indeed, for every work for sale Wednesday by a name – paintings by Toni Onley, Allen Sapp, David Bolduc, Denyse Thomasos, photographs from Edward Burtynsky and George Zimbel, ceramics by Vic Cicansky, Robin Hopper, Greg Payce and Walter Ostrom – there are seven or eight by artists with little or no wide recognition in Canada. As rectification, Silverstone and Waddington's have helpfully prepared a 162-page book of biographies for all the artists, including detailed lists of selected exhibitions and collections where their works are held.

Charles Bronfman's Claridge Collection is to be sold in two parts Wednesday, Nov. 6 at Waddington's Toronto. The first auction, of 98 lots of decorative art works, starts at 1:00 p.m. ET, the second, of 94 lots of fine art, starts at 7:00 p.m.. Details: Waddingtons.ca. 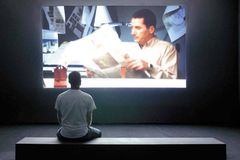 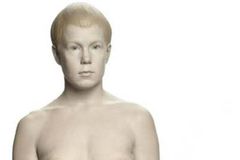 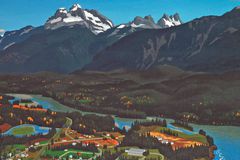 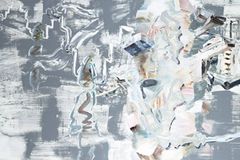