A tentative agreement has been reached for an unnamed Canadian family to buy the Sanders portrait, the famous 410-year-old painting that increasing evidence indicates is the only existing likeness of William Shakespeare done during the playwright's lifetime.

Arrangements for the deal, which involves an unspecified but "very significant amount of money," were made earlier this month in Toronto after negotiations described by one of its participants as "delicate" and "challenging."

Some details are still to be worked out and likely will not be announced until early in the new year. But the expectation is the new owners, who are pleading anonymity for the time being, will donate the portrait, brought to Canada from the U.K. at the end of the First World War, to a Canadian public art institution.

Its name is also still to be specified.

"It's a great thing for Canada," said Lloyd Sullivan, the retired Bell engineer from Ottawa who has owned the painting for more than 40 years.

"What do we have? Maple syrup? The beaver? The flag? The Toronto Maple Leafs? This is terrific."

At the same time, Mr. Sullivan stressed the deal hasn't been finalized and urged caution in discussing it.

"We don't want to drop the ball and lose this for the country." At the same time, he's "very happy to get out of it.

"I'm 80. I've got arthritis. Everything else is okay but it's like being crippled and I'll be walking around with a cane all the time in the future."

Alastair Summerlee, president of the University of Guelph, was one of several sources to confirm the deal to The Globe and Mail.

He noted the new owners are "very keen to continue supporting demonstrating that the work really is a portrait of Shakespeare" painted in 1603, 13 years before his death, when the green-eyed, auburn-haired creator of Hamlet and Romeo and Juliet was 39.

The U of G has long backed research into the work's authenticity and, in fact, has held the portrait under lock and key for at least a year on behalf of Mr. Sullivan.

The university recently played host to a symposium in Toronto on the painting at which experts in genealogy, costumery, provenance, history and forensics attested to its authenticity.

"My sort of Machiavellian plan in all of this," Dr. Summerlee said, "was to have the symposium and then at the end of it I'd stand up and say, 'It's been sold.' But we didn't quite make that."

The portrait – an oil on two joined oak panels named after its likely creator, John Sanders (1559-1643), Mr. Sullivan's great grandfather 13 generations removed and a Shakespeare associate in London – was first brought to international attention by The Globe and Mail's Stephanie Nolen in a front-page story in May, 2001.

Mr. Sullivan, who inherited the portrait in the early 1970s from his dying mother in Montreal, began to try to confirm its authenticity in the early 1990s and to date has spent more than $1-million in the effort.

According to one senior researcher, Daniel Fischlin, head of Guelph's Canadian Adaptations of Shakespeare Project and organizer of the recent symposium, Mr. Sullivan started to look for a buyer in mid-2011 to offset "the huge financial burden incurred by the tests and research."

The portrait was taken on by Sotheby's New York for private sale – but Mr. Sullivan took it back in fall 2012 when he felt the auction house was low-balling its value.

The portrait was then brought to the University of Guelph where, in early 2013, Drs. Summerlee and Fischlin agreed to a two-pronged strategy: Dr. Fischlin would put "a real push" on the research side, eventually travelling to Britain for "a month of due diligence," while Dr. Summerlee would seek a buyer who, in Dr. Fischlin's words, would understand that "the portrait wasn't a collectible. Once the portrait has been sold to them, they'd have a responsibility to take it public."

(The donation wouldn't have to be a completely selfless act of generosity: Canada allows art works to be gifted to non-profit public institutions such as the Art Gallery of Ontario and the National Gallery of Canada, with the donor receiving a break on his or her income tax equal to the work's fair market value.)

Also agreed to: the hosting of a symposium by year's end that "[would] unpack the full bandwidth of what's been discovered about the portrait."

Helping with the sale was one of the country's savviest art dealers, David Loch, with galleries in Winnipeg, Toronto and Calgary.

Indeed, one of Mr. Loch's most famous clients, billionaire art collector Kenneth Thomson, had expressed an interest in the Sanders but died in 2006 before any deal could be consummated.

"This painting, I've always been a believer in it," said Mr. Loch, adding that the researches, particularly of the past six years, have given it the best provenance of all the portraits that have been touted as lifetime likenesses of the Bard.

These include the Chandos portrait, which has been championed in recent years by England's National Portrait Gallery, home to the work since 1856, and the Cobbe portrait, since 2009 the Shakespeare Birthplace Trust's candidate, albeit a highly controversial one, for most likely lifetime likeness.

Both institutions – the NPG is based in London, the Trust in the playwright's home of Stratford-upon-Avon – have considerable clout and could dig in even in the face of the strong case for the Sanders.

Nevertheless, Mr. Loch stressed the importance of trying to bring the British onside.

"You can't go after them with a baseball bat … It's got to be really tactfully done."

But that's an issue for farther down the road. More pressing is the realization of Lloyd Sullivan's vision of a secure and permanent institutional home for the treasure his family has protected for more than four centuries.

Observed Dr. Fischlin: "All along it's been very much about doing the right thing for the portrait. … This has not been about the money so much as the historical legacy.

"It's great that the money is going to be right but it's really incidental to that legacy and getting the portrait out to the public. The story doesn't end with the sale," he said.

Shakespeare as reviser and collaborator?
November 22, 2013 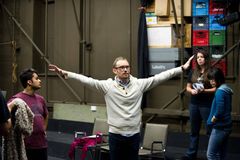 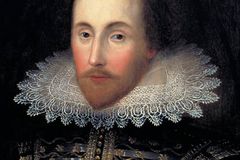 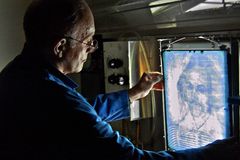 Seeking John Sanders
July 10, 2001
Rare Shakespeare portrait will be exhibited at AGO
June 11, 2001
Follow James Adams on Twitter @Jglobeadams
Report an error Editorial code of conduct
Due to technical reasons, we have temporarily removed commenting from our articles. We hope to have this fixed soon. Thank you for your patience. If you are looking to give feedback on our new site, please send it along to feedback@globeandmail.com. If you want to write a letter to the editor, please forward to letters@globeandmail.com.
Comments