During a recent visit to Toronto, Luce Lebart admitted she's pretty much besotted by all things photographic. It's a "love affair," she said, one that likely can be traced to her childhood in France. "We had in our family house – my family comes from Morocco and Algeria – a room with a big trunk. Everybody put their photos there. And I remember spending most of my time on holiday going through that universe of images. It was so exciting."

Today, the enchantment extends to pictures of meteorological phenomena, murder scenes, glaciers, ID documents, shots taken on her cellphone. Even, in fact, to the fungus that often grows on pictures that have been improperly stored in damp environments or otherwise water-damaged. Last year, Lebart published a book of her own colour photographs of old photographic glass plates, found in the archives of the National Library of France, whose gelatin-and-starch surfaces had been all but devoured by fungus. The book's title? Mold is Beautiful. Lebart, 45, did the book in her capacity as director of collections and curator for the Paris-based Société francaise de photographie.

She assumed that prestigious, influential job in 2011 (the SFP was founded in 1854, only 15 years after the invention of photography) and seemed safely and satisfactorily ensconced therein.

Until, that is, March this year when headhunters for the Canadian Photography Institute came calling. Might she be interested, they asked, in applying to become the first director of the CPI, a bold, new initiative of the National Gallery of Canada that had been announced with great fanfare in Ottawa late last November?

She was. She did. And within two months, Lebart was in Canada's capital for interviews, one of four candidates short-listed for the job. Among her interlocutors was David Franklin, former deputy director/chief curator of the NGC who's been closely involved in planning the CPI. On July 14, the NGC announced Lebart had the gig, with a start date of Aug. 29.

This week, we have the much-anticipated opening of the CPI and with it the determination to make the institute a world leader in all the things Luce Lebart holds dear about photography – collections, exhibitions, publications, scholarship, conferences, public outreach and education, conservation initiatives, photographic science and technology.

Highlighting the debut: two substantial exhibitions, The Intimate World of Josef Sudek, featuring more than 100 images by the legendary Czech artist (1896-1976), and Cutline: The Photography Archives of The Globe and Mail.

The institute, which will have more than 600 square metres of exhibition space on the NGC's second floor, doesn't appear to lack for resources. Even before the creation of the CPI, the National Gallery's photo department, established in 1967, had hosted many exhibitions over the decades, often drawing on holdings that now number close to 60,000 images and 150,000 negatives. The CPI, though, should take the enterprise to a whole new level. Scotiabank, for instance, is investing $10-million over 10 years to fund programs and research about photography – the bank's single largest corporate donation to date.

More significant, perhaps, is the stepped-up involvement of one of Canada's wealthiest men and most avid and catholic art collectors, David Thomson, 59. Thomson, proprietor of The Globe and Mail, has gifted an estimated $41-million worth of art to the NGC in the past 14 or so years, including the donation, in 2010, of about 1,700 Sudek photos from which a large portion of the upcoming CPI show is drawn. Over the next nine or 10 years, he's on tap for a "series of donations and acquisitions" for the CPI, plus financing "partial workload support."

Much of this material is expected to come through his Archive of Modern Conflict, which, since its start in London in the early 1990s, has accumulated, by some estimates, more than four million photos. In 2012, the AMC paid $15-million (U.S.) to buy the legendary Matthew Isenburg Collection (totalling more than 10,000 items, including 19th-century cameras, daguerreotypes, stereo-views, books, manuscripts and much else), which was then donated to the NGC last year for inclusion in a larger collection called Origins of Photography.

Lebart almost passed on applying for the CPI job because, as ever, she was busy. There was a book about to be published, Les silences d'Atget: Une anthologie de textes, plus preparations for an exhibition at Rencontres d'Arles, the important photography fair held every summer since 1970 in southeastern France. Lebart's exhibition (and accompanying book) was Lady Liberty, The Photographic Making of an Icon, about the circumstances behind the creation of the Statue of Liberty by French sculptor F.A. Bartholdi and its installation in New York Harbor in 1886.

"I had no time to think about Canada," she recalled. But flattered by the invitation, she decided to "go through the position description. And I realized immediately this was about a collection even more intriguing than the one I was working on which is already amazing … I knew that it was something unusual. There was something visionary about it" – its mix of vernacular and artistic photography, the breadth and depth of its inventory, its interest in photographic technology, the potential it offered to "rethink photographic history and ways of exhibiting it."

So, she said with laugh: "I told the headhunter I would apply … Life is about adventure and for me, this was it: I have to say yes." Today she acknowledges "I've left things behind," but prefers to think that "they're not so much behind; they're beside." Indeed, from her new perch, she expects she'll be collaborating on many projects with the FSP, Société francaise de photographie, among other institutions, in the years ahead.

Meanwhile, Lebart is working on "the programmation of CPI." Next year is Canada's sesquicentennial and to mark the occasion the institute is presenting a survey exhibition, with catalogue, called Canadian Photography 1960-2000, curated by associate curator of photographs Andrea Kunard. For 2018, there's going to be a ground-breaking exhibition of work by Oscar Gustave Rejlander (1813-1875) whom Lebart calls "the father of photomontage [and] staged photography." A touring show, assembled by another associate curator, Lori Pauli, it will berth at the Getty Museum in Los Angeles, and the Musée d'Orsay in Paris.

Also in the works, for summer 2018: a photographic exhibition focused on the clouds in the paintings of John Constable, England's pre-eminent landscape artist (1776-1837). It's conceived as a companion to a much larger presentation of Constable paintings in the NGC. Constable took a keen interest in the rising science of meteorology and was fond of naming clouds by the now universal classification system (cirrus, cumulus, stratus etc.) devised by fellow Englishman and near-contemporary Luke Howard.

Lebart likes to describe photography as "an inexhaustible mine." The same photograph, she observed, "can have many histories. A family photograph found in an album – today it can be discovered by an artist who creates a work from it or a researcher interested in the clothes of the wearers or by a filmmaker."

The opening ceremony for the Canadian Photography Institute begins at 6 p.m. on Oct. 26 at the National Gallery of Canada in Ottawa. The public is welcome and admission is free. The official opening of the Sudek exhibition, shown earlier this year at Jeu de Paume, Paris, as well as Cutline and PhotoLab, the last a space dedicated to shorter run shows and more experimental work, is 10 a.m. on Oct. 28. Sudek and Cutline continue through late February, 2017 (gallery.ca/cpi).

Canadian Photography Institute aims to be a centre of photographic study, display
August 23, 2016 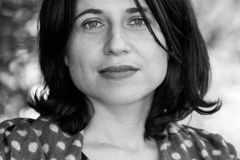 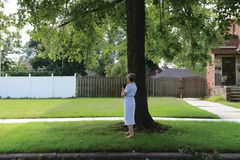