Lynne Cohen's work is on view this month at the Musée d'art contemporain de Montréal, and the show gives us the chance once again to take stock of her talents. Now 68 and living in Montreal, she has for decades devoted herself to the searching study of institutional interiors – training facilities, spas, classrooms, ballistics ranges, hotels, laboratories. These spaces are always empty of people, yet somehow seem mutely haunted by the humanity of those missing in action. While her pictures are often described as austere, even chilling, they are also tinged with humour and wry observation. In an era of ubiquitous bigger-is-better photography, Cohen in fact needs the scale in her images to allow for her meanings to unfold. Mistress of the subtle inflection, she makes big pictures in which the little things make all the difference.

Take, for example, her photograph of an abandoned ballroom in a down-at-heel Venetian conference centre, part of her 2010 commission to document that storied city on the lagoon. The project was funded by Venice in Peril, an organization that raises money for architectural restoration projects in the city. "I had instincts, I had 10 days and I had an assistant with sciatica who couldn't carry anything," she told me this week on the phone from Montreal. "I quickly realized I couldn't do any of the things I had planned to do." When she came upon the ballroom, it had just been used for a reception for movie stars in town for the Venice Film Festival. "Famous people had been there the day before," she recalls drily. Considering her options, she decided to respond to the room's wistful, entropic vibe.

Most artists involved in the project photographed Venice with a melancholy eye: rain-moistened cobblestones, desultory pigeons in San Marco square, mysterious ancient canals receding around corners, the mists enveloping the Salute. In her way, Cohen followed suit, but – ever the sharp-witted diagnostician – she delivered a more pointed variation on the theme. Hers is a modernist relic on the brink of decay. At the same time, she summons to memory the city's deep past. Venice is all about light, and Venetian art has traditionally made the most of it. The city's favoured son is the 18th-century master Canaletto, who painted the bustle of lively commerce, culture and sea trade in the city's public spaces. Reflection, transparency, shine, a sense of radiant volume in the atmosphere, a distinctive faded pastel palette of foamy green and terracotta – all of Canaletto's signature effects find an echo in Cohen's image, as daylight moves through the faded curtains and pools on the terrazzo floor. A dangling chandelier – a throwback to the golden age of Venetian glass work – is evidence of a local historic tradition in the latter-day declensions of mass production. History seems to stop here and take a breath. One detail animates the whole: the little kick of a curtain's fallen hem that swings out and settles to the side in an elegant gesture of release. Time moves on, dragging its finger through the cake icing of life.

Cohen has won just about every accolade that Canadian culture can bestow: a retrospective at the National Gallery of Canada in 2002 (and the Musée de l'Elysée in Lausanne, Switzerland), the Governor-General's Award in Visual Arts and Media Arts (in 2005), the Scotiabank Photography Award in 2011, a raft of hardcover books. This show, though, will make us wonder if she's still better than we know.

Lynne Cohen: False Clues continues at the Musée d'art contemporain de Montréal until April 28, and travels on in September to The Rooms, in St. John's. A solo exhibition of her work will open at Olga Korper Gallery, in Toronto, on May 4. A retrospective of her work is planned for the Fondacion Mapfre in Madrid, in 2014. 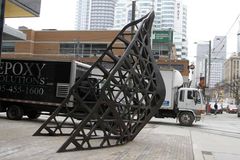 Janet Cardiff and George Bures Miller: Art that ‘gets right into the soul’
April 3, 2013 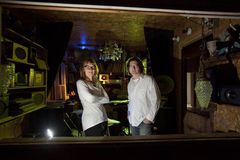 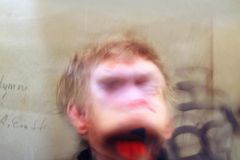