Canada's most famous living photographer, the country's representative at the 2009 Venice Biennale and a textile artist from Salt Spring Island, B.C., are among the eight winners of the 17th-annual Governor-General's Awards in Visual and Media Arts, it was announced Monday morning in Ottawa by the Canada Council for the Arts.

Each of the laureates, honoured for lifetime achievement, receives $25,000 in cash and will be recognized by Governor-General David Johnston at a ceremony March 23 at Rideau Hall. This year's winners are evenly split between men and women, with the single largest bloc of winners, four, based in Ontario.

Edward Burtynsky, born in 1955 in St. Catharines, Ont., has gained international attention with his large-scale colour photographs, at once beautiful and disturbing, of man's desecration of the natural environment. The Toronto-based artist's work has been featured in solo and group exhibitons throughout North America, Asia and Europe, in films (2006's Manufactured Landscapes, Watermark from 2013) and in books (Residual Landscapes, Oil, Burtynsky – China). His photographs are in the permanent collections of more than 50 institutions, the Museum of Modern Art in New York and Madrid's Reina Sofia among them. In 1985, he launched Toronto Image Works, a custom photo and digital imaging centre, and in 2011 co-founded the $50,000 Scotiabank Photography Award.

Filmmaker and photographer Mark Lewis, born in Hamilton in 1958, studied art in England in the early 1980s, then returned to Canada, living first in Toronto, followed by an eight-year residency in Vancouver starting in 1989. London is now Lewis's home base but he frequently returns to work in Canada; in 2009 he was chosen to represent the country at its pavilion at the 53rd Venice Biennale. As the critic Nancy Tousley has noted, "Lewis works with film as if it were a sculptural material. He demonstrates its inherent difference from other kinds of picture-making and shows how it works." Like Burtynsky, Lewis has an international following, his work collected by the Museum of Modern Art, the Centre Pompidou in Paris and the National Gallery of Canada. He was the first winner of Canada's $25,000 Gershon Iskowitz Prize in 2007.

The Saidye Bronfman Award has been recognizing excellence in fine crafts since its creation in 1977 but it was only integrated into the Governor-General's art awards in 2007. The 2016 laureate, Jane Kidd, born in 1952 in Victoria, is a weaver now living on Salt Spring Island after a 21-year career in Calgary teaching at what is now the Alberta College of Art + Design. Kidd has worked almost exclusively in woven tapestry, a reflection of her fondness for "the process of handwork" and her commitment to weaving as a "compelling medium" for "developing content through imagery." Her work has been featured in numerous solo and group exhibitions in Canada, the United States, Japan, Poland and Hungary.

Veteran visual artists Suzy Lake, born in 1947 in Detroit and Wanda Koop, born in 1951 in Vancouver, are also among this year's laureates. A Toronto resident since the late 1970s, Lake has worked in photo-based art, video and performance for four decades, often tackling feminist themes. A teacher at the University of Guelph for 20 years, she was the subject of a documentary feature, Suzy Lake: Playing with Time, released in 2014, as well as an almost five-month-long retrospective at the Art Gallery of Ontario in 2014-15.

The child of Russian Mennonite immigrants, Winnipeg-based Koop is known for creating what Canadian Art magazine describes as "monumentally scaled painting installations," sometimes on plywood, "that can include photography, performance and video." Named a member of the Order of Canada in 2006, Koop was feted with a survey exhibition in 2010-11 organized by the National Gallery and the Winnipeg Art Gallery.

"Personal," "complex," "diaristic" – these are just some of the adjectives that have been applied to the filmmaking of Philip Hoffman (b. 1955 in Kitchener, Ont.). Now based in Mount Forest, Ont., 140 kilometres northwest of Toronto, Hoffman is hardly a household name – but his 25 or so films, many of them about "memory and association," have resulted in berths at (and awards from) international festivals, several retrospectives and critical monographs. Also, each summer since the late 1990s he's run an "independent imaging retreat," called the Film Farm, for aspiring experimentalists at his Mount Forest home.

Born in Toronto in 1933, Montrealer William Vazan has embraced a quirky multidisciplinary and interdisciplinary practice involving media as varied as land art, sculpture, photography, painting, drawing, writing and site-specific installation. There's a definite science-inflected cosmological cast to his oeuvre – the result, he says, of a desire to "reconnect the individual, society and nature" rather than "encouraging the fragmentation of life and thought that characterizes contemporary society."

Taking this year's "outstanding contribution award" is Marnie Fleming, who in late 2014 retired as curator of contemporary art at Oakville Galleries, 35 kilometres southwest of Toronto, after more than 20 years on the job. Born in Leamington, Ont., in 1955, educated in art history at the University of Windsor, Fleming made Oakville a destination for such well-regarded contemporary artists as Roula Partheniou, Shary Boyle, Janet Cardiff, Micah Lexier and Kim Adams. She also built up an enviable permanent collection there, "redefining," in the words of Canadian Art, "the model of a regional public art gallery."

Short videos by award-winning Canadian directors on each winner can be seen at ggavma.canadacouncil.ca

Selected works by the winners are scheduled to be exhibited at the NGC in Ottawa from March 24 through Sept. 5 (gallery.ca).

Youth tech expo digiPlaySpace will blow you away, kid or not
March 3, 2016 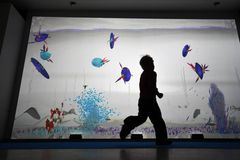 Ragnar Kjartansson and the contemporary art of sincerity
March 2, 2016 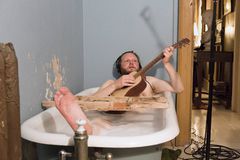 Montreal’s Nuit Blanche celebrates art out in the cold
February 26, 2016 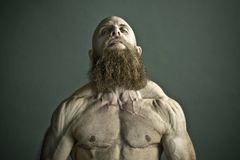