This was the hope: That after the $300-million convulsion known as Renaissance ROM, Janet Carding would, as the Royal Ontario Museum's director and CEO effective Sept. 13, 2010, begin to re-establish the Toronto museum as a museum. Her predecessor, William Thorsell, had spent most of his 10 years bringing to fruition the bricks-and-mortar overhaul of the Grande Olde Dame on the southwest corner of Queen's Park and Bloor Street West – an overhaul brazenly exemplified by the jagged thrusts of the Michael Lee-Chin Crystal designed by starchitect Daniel Libeskind.

With the Crystal, Thorsell made the ROM a talking point, a lightning rod for debate, a rude, not-to-be-ignored presence on Toronto's topography. It would be Carding's job to take all that attention and, through a judicious mix of programming, exhibitions and education, translate it into visitors, be they visitors physically accessing the museum's six million artifacts and 40 galleries through the new front door on Bloor, or virtually, through digital media.

This is the reality: Carding, it was announced this week, is to leave the ROM in March, a full five months and a bit before the expiration of the five-year contract she signed with the museum's board of trustees in 2010. Fall 2014, Carding knew, would be decisive. Under the terms of the original deal, her performance was to be reviewed one year before the contract's expiration to determine if another tenure was in the cards. A series of strenuous "360 interviews" were conducted with her colleagues in the summer – a sign that even if Carding, who'd arrived from seven years at the Australian Museum in Sydney, was keen to continue, another stint was not a foregone conclusion.

In a brief interview Thursday, the first-ever female CEO of the ROM since it opened in 1914, pitched her relatively imminent departure (to Australia, it turns out) as mostly voluntary. She even hinted, obliquely, that a new job might be closer at hand; asked if she has an "inkling" of what she might do Down Under, she answered: "I'm not in a position to say, unfortunately. I would love to be able to say something but I can't." Carding owns property in Australia and "my plans have always been to return [there] at some point," she said. True, she "didn't have a firm time frame in mind" for that return, although "I came to the ROM feeling that what I could really do is take us through the centennial year [of 2014] and then see where we were."

On paper, Carding seemed in many ways perfect for the job. Born in England in 1965, she took history and philosophy of science at Cambridge, then earned a masters in the history of science and medicine from the University of London. Her museological career began in the late 1980s with her appointment as a curator at London's Science Museum, later moving into program development and exhibitions there. She next was hired by the National Museum of Science and Industry in London, heading development and planning. A move to Australia followed, with Carding being named assistant director of the Australian Museum in Sydney in 2004.

But the ROM had to have posed a brutish challenge to someone like Carding, single, "from away," a novice networker in Toronto society. Indeed, it would be a challenge to even the most adroit and qualified CEO. Not only is there the sheer size of the place (more than 74,000 square metres), there's its encyclopedic mandate of engaging both "the record of nature through countless ages" and "the arts of man through all the years." Besides being a public institution, it's at once research centre and artifact repository, educational resource and babysitter, tourist draw and entertainment hub. And since all this had to be done on an operating budget of less than $60-million, 51 per cent of which comes from the Ontario government – "totally insufficient," in the words of Victor Rabinovitch, former head of what his now called the Canadian Museum of History – fundraising was and continues to be a big concern.

Solicitations of background information on Carding's tenure this week revealed a CEO who was smart and full of ideas, especially with respect to audience engagement, but prone to long-winded discussions that often failed to result in a clear decision or action plan. Another alleged weakness was a lack of vision or, more specifically, an inability to articulate a vision that could galvanize the board of trustees.

Other complaints centred on allegations of inattentiveness to board concerns and lacklustre fundraising. (The Love the ROM Centennial Campaign, started in March this year and set to conclude in June, 2015, has raised just 53 per cent of its $15-million goal. More positively, the museum did recently receive a $3.25-million donation for studies in vertebrate paleontology.) Staff cuts, including voluntary severance packages, to finance digital development; changes in administrative structure; a perceived weakening of curatorial authority as the result of a 2013 division of the museum into eight broad "centres of discovery" – these also reportedly took their toll.

Attendance, too, has been a concern. Billed as the highlight of its centennial exhibition schedule, the museum's much-lauded Inside the Forbidden City exhibition, for example, drew 180,000 visitors during its roughly six-month run – almost half the 356,000 drawn by The Warrior Emperor and China's Terracotta Army in 2010-11. The ROM has pretty much abandoned the belief it held when the Crystal opened that yearly attendance would rocket to 1.4 to 1.6-million. Yet even Carding's much-applauded reduction of admission charges in 2011 has helped nudge visitations past the one-million mark only once in her tenure and this in 2012. In fiscal year 2013-14, attendance was just over 985,000; for fiscal 2014-15, it's trending roughly the same.

In the meantime, Carding is hoping that "everywhere is anywhere is anything is everything," the Douglas Coupland retrospective from the Vancouver Art Gallery, can provide "a strong finish" to her tenure and the centenary when it visits the ROM early next year. 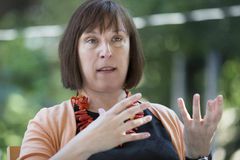 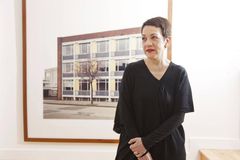 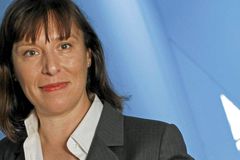