On my kitchen table stands a 30-centimetre wooden articulated artist’s model, which acts more as a mood board than an aid for drawing. It’s the tiny mass-produced descendant of the handmade artists’ mannequins from several centuries that Ydessa Hendeles has been quietly collecting for the past two decades.

Late last month, she installed 150 of these wooden figures at the Institute of Contemporary Arts in London. Most of them sit on rows of pews, like an audience, facing a standing full-sized mannequin with a key protruding from its realistically detailed head. Around the room, which I have seen only through photos, are other objects – including fairground mirrors and vintage banjos – that intersect in some way with the past and present meanings of dolls and mannequins. From her wooden sleep… , as she calls the whole exhibition, is the latest step in Hendeles’s singular career as an “object-savant” storyteller. 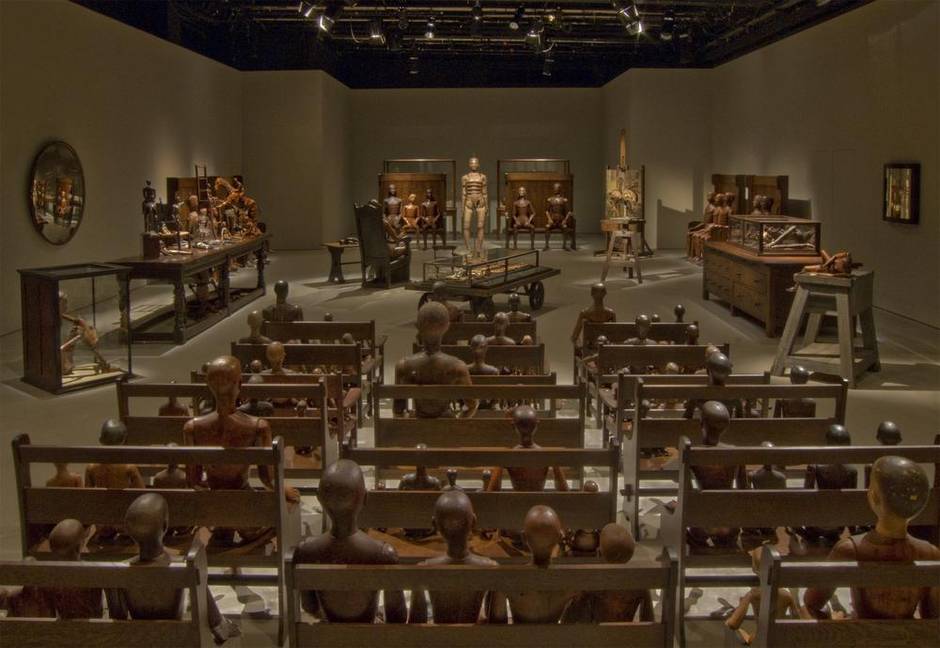 For 25 years, Hendeles made carefully curated shows of contemporary art, historical artifacts and found objects at her foundation’s exhibition space on Toronto’s King Street West. She sold that building in 2012, saying that the foundation would continue “without walls,” with future projects in spaces unknown.

Her path to the ICA show began with an obsession, like the one that led her to accumulate thousands of teddy bear photographs for The Teddy Bear Project in 2001. She became fascinated with artists’ mannequins and set out to buy some – not an easy project, she says, since no dealers or museums take a sustained interest in them.

“Once you try to find one and buy it, people find you more,” she said. Eventually she had dealers in France, Belgium, the United States and Britain unearthing figures for a collection she felt she had to assemble, for a purpose she didn’t yet understand.

Her mannequins include some beautifully carved figures at life size, including an anatomically correct German pair from 1520, which she believes may have been made for a cabinet of curiosities. Another full-sized figure has detachable breasts, while a small “obstetric phantom” pairs a small celluloid pelvis with a newborn baby figurine. As Hendeles says, these items attract new associations at a time when breast surgeries are common, gender codes are in flux and sex education is still debated by politicians.

The show also includes peg dolls, or Dutch dolls – machine-made toys that were hugely popular during the 19th century. They even appeared in picture books, including Florence Upton’s The Adventures of Two Dutch Dolls and a Golliwogg (1895), which became a key item in From her wooden sleep… . In Upton’s book, the “golliwogg” – a word she invented – is a gentle playmate, based visually on the look of black-face entertainers. Only later, says Hendeles, did “golliwog” and “wog” become racist terms. It’s a classic case, she says, of something good turning bad – though most would say that black-face was always a caricature and never truly benign. Similarly, she included 19th-century Arts and Crafts pews and chairs in the show, because they reflect the same design-for-the-people ethos that later energized Nazi industry and produced the Volkswagen.

Hendeles’s shows usually include some link to childhood, which appears this time primarily through the peg doll. “It was like a signpost,” she says. “It was the link between the mannequins and the golliwogg.” Mannequins, peg dolls and golliwoggs are all generalized displacements, she says. For good or ill, they objectify some shorthand form of the human. 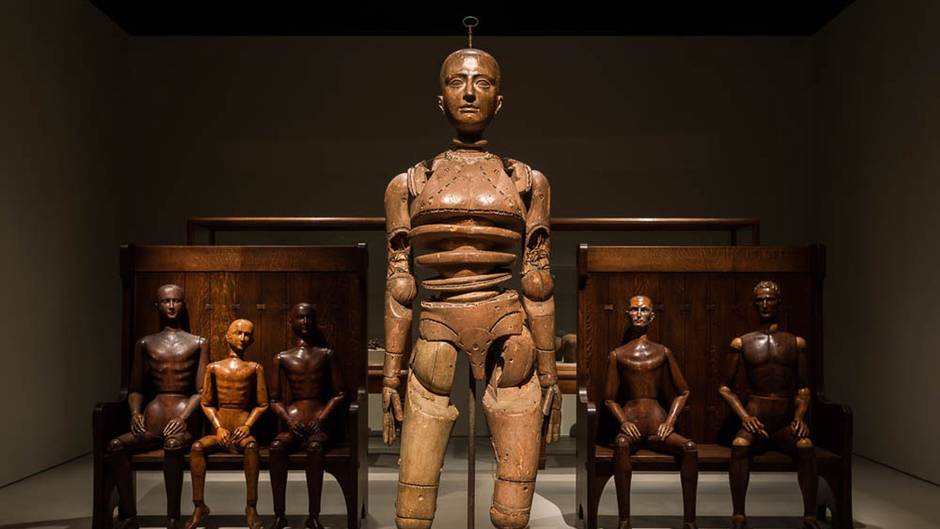 Hendeles installed most of her mannequins on the floor of the ICA space, which is normally used as a theatre and lecture hall. Visitors enter the room from behind the pews, and walk through the display. “When you get to the front, you feel that all eyes are on you,” she says – though all the eyes are wooden. Seventeen vintage fairground mirrors distort everything they reflect, including the visitors’ bodies. Debussy’s piano piece Golliwogg’s Cakewalk plays on a loop, in a piano-roll performance by the composer.

“I make shows for spaces and for people,” Hendeles says. All of her shows before 2012 were made for her mother, who died just after the King Street space was sold. She was a seamstress who made Hendeles’s clothes as a girl, and as such is referenced by the peg dolls (whose clothes were usually homemade) and by the fact that all the effigies in the show are naked. But the exhibition itself, which has been well-received in London, was made for Canadian freelance curator Philip Larratt-Smith, who first proposed to the ICA that it take an interest in Hendeles’s mannequins.

Iterations of the exhibition in other places are in the works, Hendeles says. She has also produced a handsome book, with Toronto designer Lisa Kiss, of images from the show as mocked-up in her Toronto studio.

From her wooden sleep… continues at the Institute of Contemporary Arts in London through May 17 (ica.org.uk).