You'd think a big city with a booming economy, bottomless ambition and no lack of self-confidence would also boast a major-league art museum. But even as Calgary has grown up and out in recent decades, and even as big players in the city's visual-art and business communities have tried to crystallize a vision, such an institution has remained elusive.

Finally, that could be changing. On Thursday, Glenbow president and CEO Donna Livingstone outlined a new future for the museum at an event in the main-floor lobby of the downtown brutalist building. Looking ahead to the institution's 50th anniversary in 2016, she announced what she called "an exciting new direction," before inviting guests to a preview of the brand-new Glenbow exhibitions, Worn to be Wild: The Black Leather Jacket; and Made in Calgary: the 1990s.

Livingstone's announcement came on the heels of another big shakeup on the city's art scene: the formation of Contemporary Calgary – the result of a consolidation of two art galleries and an advocacy group. And this month, a decision will be announced about whether Contemporary Calgary will be awarded the former Centennial Planetarium as a place to set up shop.

What's more, with intensifying collaboration between the Glenbow and Contemporary Calgary, the city's art scene is primed for a renaissance.

Anyone who has been through the Glenbow knows it can be a disorienting mishmash of experiences: contemporary and historical art, international artifacts, local history. For years, Glenbow officials have had a hard time answering the simplest of questions: Is the Glenbow an art gallery? A museum? And what is its focus? The West? All of Canada? The world?

Livingstone says a year-long review has made it apparent that the real strength of the institution is its art collection, as opposed to its historical and geological artifacts. So it will reposition itself as "a new kind of art museum," focusing on art – and what Livingstone calls "the art of making."

"It gives us a more closely refined focus for what we're doing, because we can't do everything and we can't provide meaning for all of the collections that we have. … from material from Papua New Guinea to samurai armour to Buddhist art," Livingstone told The Globe and Mail. "So it's a bit of a challenge, but it's an exciting challenge."

Livingstone's new vision includes scrapping any plans to change her institution's location – an idea that's been bubbling away for years, and that her predecessor, Kirstin Evenden, had talked about with great enthusiasm even as the Glenbow was bleeding money, and, as a result, staff. "We're exactly where we want to be, in the heart of downtown," says Livingstone, who was initially brought in on an interim basis after Evenden resigned in 2012 following a vote of non-confidence by unionized workers. "New buildings are very expensive to build and I just don't think there's an appetite for it now."

Instead, the Glenbow will undergo some cosmetic procedures in advance of its 50th, with a restaurant, new signage, and more focus on the Stephen Avenue pedestrian-mall access (rather than the entrance on busy 9 Avenue) into what can seem a fortress of a building. "In a profound sense, we have our back to our visitors with our orientation," says Livingstone, who has had architectural renderings drawn up to demonstrate what a new Glenbow could look like.

But it's the museum's collection – more than 33,000 items – that will become the foundation for this shift. In her review, Livingstone heard concerns that the museum's exhibits don't change often enough. This is more than perception. Two exhibitions on the fourth floor – one called Warriors, one on West Africa – have been up for more than 20 years. "So it's definitely time," Livingstone says, for some "refreshing."

In the new Glenbow, the fourth floor will become an ever-evolving gallery that will change every three months or so, housing items from the permanent collection – albeit presented in extremely bare-bones fashion. "There would be no curation, no label copy, no fancy mounts or anything. We'd just say: Here's all our cameras, or here's all our jewellery, or here's all our quilts. So the visitor would … have to do the work. They're going to have to make the stories around what they see," she says.

Livingstone says she is already seeing a new, younger crowd at museum events. And the Glenbow is playing into that with exhibitions that may appeal to a younger demographic, such as those opening this weekend.

The Made in Calgary show is a collaboration with the much smaller Art Gallery of Calgary. That gallery's name, in fact, will soon disappear, thanks to the recently announced merger of the AGC, the Museum of Contemporary Art and the Institute for Modern and Contemporary Art, which will coalesce into a new, contemporary-art museum.

Contemporary Calgary could be a game-changer, led, for now, by Terry Rock, who recently left the municipal agency Calgary Arts Development, where he was founding president and CEO. Says Rock, "Our belief is that there's a pent-up demand for great contemporary-art programming in Calgary and that we have the pieces in place to deliver that."

It's early days yet as the group consolidates operations while keeping the ACG and MoCA operating. Top priorities include cleaning up the mess left by a fraud case at the AGC – its former director was last fall sentenced to one year in jail for defrauding the gallery of $100,000 – a debacle that Rock says led to the institution losing close to $300,000 annually in municipal and provincial funding. Restoring that funding and building a sustainable vision is key to the success of the new group, he says. "We're in the process of rebuilding our credibility and our relationship with our funders." 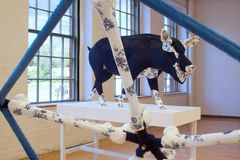 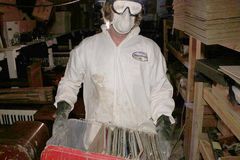 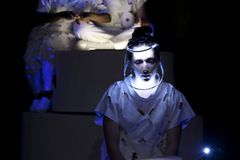