Toronto-based Ash Prakash is, at 68, one of the most appetitive and knowledgeable collectors of what one auction house used to call “important Canadian art” in the country. His is a connoisseurship cultivated over more than three decades, exercised with considerable discretion, not to mention resourcefulness and resources, both his own and those of the wealthy clients he’s served as adviser and dealer. Prakash has always thought big – he’s been a major mover in recent efforts to heighten appreciation of Emily Carr, the Group of Seven and Tom Thomson “in foreign parts” – but even acolytes and aficionados are likely to be amazed by the ambition and heft of his latest project. It’s an 800-or-so-page, fully illustrated hardcover book, weighing almost five kilograms, called Impressionism in Canada: A Journey of Rediscovery – nothing less than Prakash’s heroic attempt to fully weave Canada’s contributions into the great narrative of Impressionism. Recently, associates spoke with the author about his monument. – James Adams 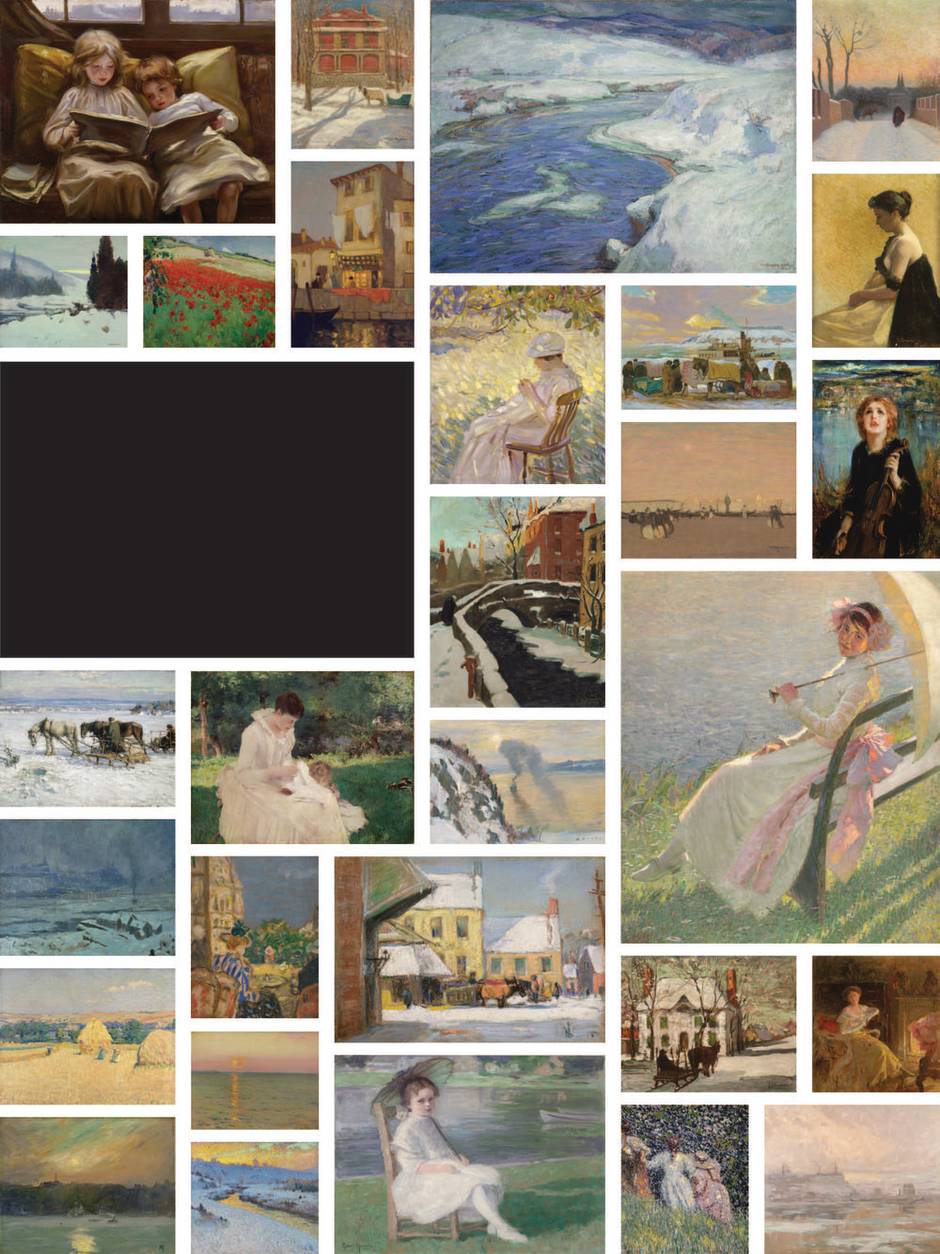 I started buying books on art long before I started frequenting art galleries and museums, and then I developed enough sensitivity to the medium of fine art. I quickly understood intuitively the exogamic relationship between the scholarship behind art and the creation thereof. As time started to evolve and my own passions started to take root, I became even more surprised at how people could react, understand or be confronted by a work of art without the slightest background of what it had taken to get to that point of its creation.

During the eighties onwards, in Canada, we started to have the occasional publications appear in the market, normally authored by a curator or an academic on a particular artist, monographs on Canadian Impressionists. As these monographs and as these occasional exhibition catalogues on some handful of Canadian Impressionists started to appear, once again, I was surprised (to say it with the utmost respect) that they were aberrated, there was no timeline, there was no continuity. Cut-up pieces, “once upon a time there was an artist, he was born in Toronto or Montreal and he went to school in Paris then he came back and this is what he painted.” Really? I’m the kind of individual who knows and wants to know why am I looking at something. Where did it come from and why did it come here the way it is? Normal questions that most people with any curiosity want answered.

Canada has played a vital role in making a contribution to the northern interpretation of this remarkable movement. It is not to say it is better than what the Germans did or what the French did or the Italians did or the Russians did or the Spaniards did, but Canadians did their thing. And it is a part of the entire story without which, indeed, any study or examination of the world movement of Impressionism itself is incomplete. 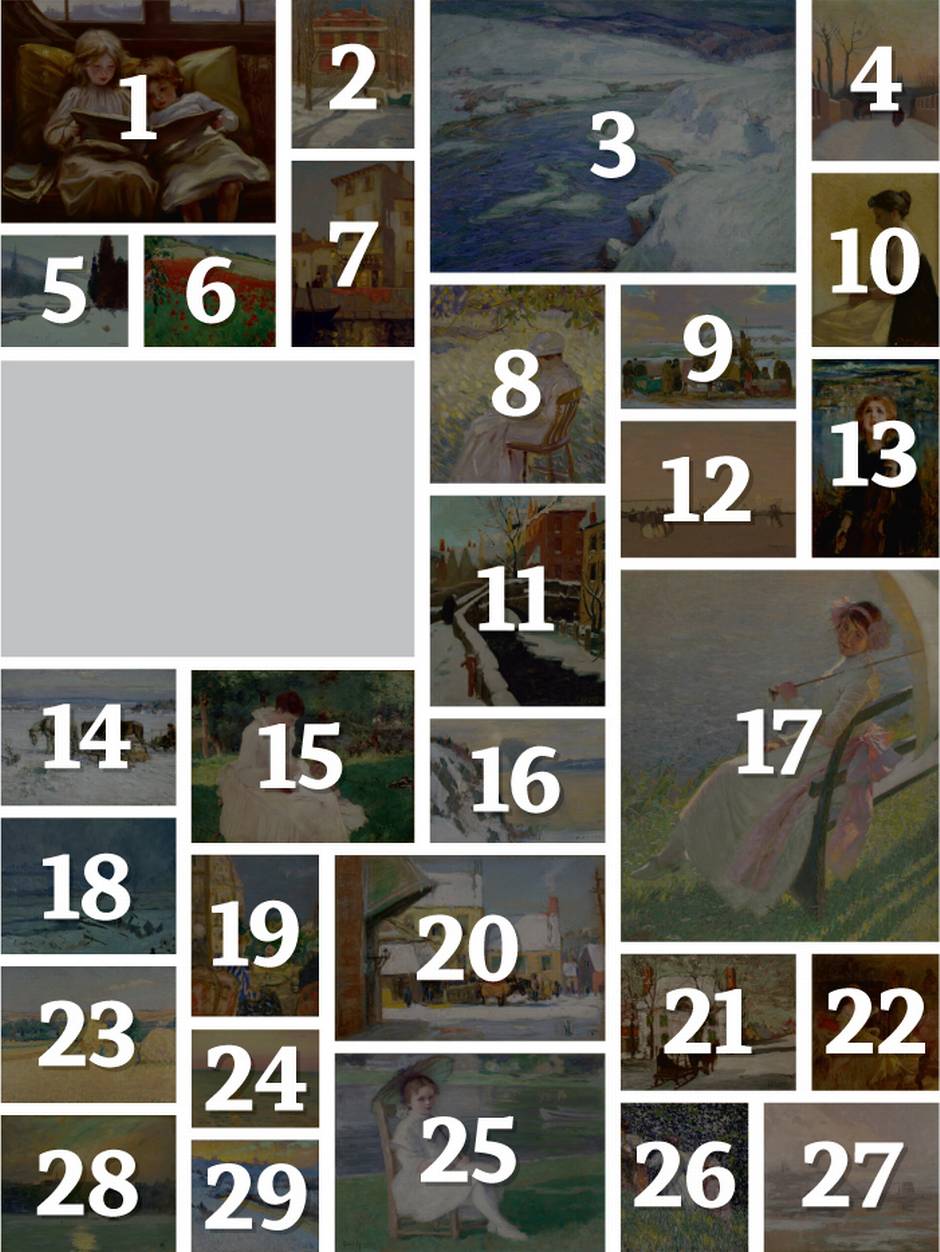 ARTISTS’ LEGEND: WHO PAINTED WHAT

27. Maurice Cullen,Quebec from Lévis, 1904, The Montreal Museum of Fine Arts.

I wanted to show how Impressionism was born, why it was born, how did it evolve in Canada, how did it arrive here, what are its relationships of the time in terms of economic and social prevailing influences between the U.S. and Canada, and to show that an art movement does not take place and survive in a vacuum. It needs the support of various segments of society more than the artist, the creator, the dealer who believes in the artist, the collector who invests his money collecting it. It needs to have public forums of curators and academics who interpret it, examine it and teach it to others. All of these things put together create a movement, you take one element out and it collapses. That’s the thesis of the book.

What I’ve done is try to take the reader through a journey of events, which help us understand the unique features of Canadian Impressionists that separate them from, for example, their masters, the French. What are they? In Europe, the subject matter related more to the subtleties they were experiencing in the changing socioeconomic happenstance of their lifetime. They were committed to the teachings of Baudelaire, the father of modern poetry in France and the best-known critic of his own time, whom Manet and Monet followed, and he said that essentially an artist must deal with the issues of his time.

Forget about history, forget about praising God, deal with the issues of your own time, capture them in such a way that enchant and delight the viewer who’s your contemporary, and thus engage him to contribute to what is changing in his/her own lifetime. So that is the role of the artist.

After the collapse of the Second Empire, Paris was being transformed completely, razed and abolished and rebuilt. It plundered people’s lives, it created social classes, separated the poor from the rich, economic opportunities altered overnight. Technology has come, steamships, the concept of smoke, trains coming in and out of Paris, steel bridges being formed. … These are all radical developments that these artists were being faced with. And once again, as students and believers in Baudelaire’s philosophy, they turned to that chapter in time in history to define it and record it in a way that had never been defined before or interpreted before.

Now, the Canadians and the Americans who happen to be there at the time (or a generation later; more so a generation later than at the time), after receiving their training, the successful ones that we write about in the book come home, but they take their own vision for their subject matter. They aren’t engaged in painting views of automobiles running around in Montreal. “Oh wow, technology. Monet said we should focus on that” – no, no, no. This is the North.

Maurice Cullen goes to the Laurentians, in the mountains, seeking solitude and dealing with how light falls on water, and changing seasons. Marc-Aurèle de Foy Suzor-Coté is obsessed with the idea that change defines time and time itself is a function of change. So if you look at his paintings, he goes to the river in his own humble village of Victoriaville and he paints the ice breaking up in the spring, in the summer the same water flowing, the first snowfall, how it starts to freeze again, what is the difference between how the light strikes in one season as opposed to the other, the same river, the same mass, the same light but different interpretation. Is it time that’s changing our perception of that river? Or is it the other way around? And that’s the question he raises for humanity.

So he, too, is dealing in some way with change, but he’s dealing with an eternal question, eternal theme, which is more embedded in the Canadian psyche because essentially, this is a land of forests, trees, family car, mountains of Lawren Harris, rivers of Quebec and on and on. So, Canadian Impressionists did not follow in subject matter what the French Impressionists were doing.

Another principal difference between the French and Canadian Impressionists is a technical difference. The French Impressionists essentially swam in light and dissolved the form almost completely. Monet, had he lived beyond the 1920s, was moving more and more into total abstraction. If you look at the paintings of the water lilies which he did post-1910, some of them are so abstract, there’s hardly any form. The contours of the subject matter blend, completely dissolve. It’s all light, it’s like you’re swimming in light. Yet Canadians never abandoned some residual imagery of form in constructing their subject matter. Why? Because northern light is crisper, it is harsher, it does not dissolve form completely.

This transcript, which has been condensed and edited, was adapted from an interview with Ash Prakash conducted by Maria Lioutaia, Katerina Atanassova and Sherry Naylor.