Contemporary Chinese art is having a moment: The inaugural Art Basel – Hong Kong is scheduled for May, the new Power Station of Art opened in Shanghai last year, and Ai Weiwei has become a global household name. But beyond the headlines, there is a flurry of activity happening on the ground – a generation of emerging contemporary artists whose work is making waves in China, but has not yet broken through to the West.

The Solomon R. Guggenheim Museum in New York, with funding from a British Columbia-based philanthropist, is eager to change that. The museum announced Tuesday the establishment of the Robert H. N. Ho Family Foundation Collection, a multimillion-dollar initative that will see a collection of works commissioned from contemporary Chinese artists, to increase visibility and discourse in the West, and bolster the Guggenheim's own collection.

"The Asian art program … absolutely has as its goal expanding our Eurocentric canon of modern and contemporary art to become critically engaged with the art from areas outside the West," says Alexandra Munroe, the Guggenheim's Samsung Senior Curator of Asian Art. "And this initiative allows us to have a special focus on China, which we regard as one of the most exciting crucibles for creative art today anywhere in the world."

The Robert H.N. Ho Family Foundation has a mission to promote Chinese culture and Buddhist philosophy. Founded by West Vancouver resident Robert H.N. Ho – whose fortune comes from a Hong Kong dynasty going back generations – the foundation has given away tens of millions of dollars since it was established in 2005. It is contributing around $10-million (U.S.) to the new Guggenheim initiative – its largest donation to date.

Ho, 80, is motivated by his love of Chinese art, and his belief that it is underappreciated in the West, due in large part to lack of education and exposure.

"Generally in the West, Chinese art is a mystery," said Ho, during an interview at his modest West Vancouver office. "I have a desire to have Chinese art be appreciated."

The initiative will see major works commissioned by at least three artists or groups of artists born in Greater China, to be installed at the Guggenheim in three exhibitions from 2014 through 2017 – and entering the permanent collection. Leading the effort will be Dr. Thomas J. Berghuis, currently with the University of Sydney, who was named the collection's curator on Tuesday.

Ho's own appreciation for art dates back to his childhood in Hong Kong. He recalls going to Buddhist temples and being unimpressed with the chanting and praying, but very intrigued by the art. Now, with no interest in collecting – which he describes as selfish – Ho is eager to see more Chinese art installed in museums outside China. And that is a major focus of his foundation.

"What we're doing is [making] a modest contribution to the globalization of Chinese culture," says Ted Lipman, a former Canadian diplomat who is now CEO of the foundation, which is based in Hong Kong. "China's influence in the world is growing with its economic clout, but I think there's a lack of understanding of contemporary Chinese culture, which is dynamic, which is alive. It's not just old, ancient, beautiful things. It's happening right now."

The foundation – whose projects include sponsoring the tour of the Terracotta Warriors to Canada, and funding a gallery of Buddhist sculpture at the Victoria and Albert Museum in London – has supported exhibitions at the Guggenheim before: on the 2008 show Cai Guo-Qiang: I Want to Believe, and the 2009 exhibition The Third Mind: American Artists Contemplate Asia, 1860-1989.

Out of those two collaborations emerged the initiative launched this week, with its much greater, more long-term ambitions for the museum, which Monroe says was eager to make "a quantum leap" in its collection of non-Western artists.

"Our ambitions for this are not modest," she says. "Our ambitions for it are to try to really interject ourselves into this conversation about Chinese art and hopefully with beneficial impact for the artists back in Greater China."

"China is embracing contemporary art big time," says Lipman. "It's an aspect of Chinese culture which is really representative of how fast and far the Chinese are going, not necessarily in the economy, but in the other side of the equation that unfortunately people in the West don't have much of an appreciation for. Or if they do, it's for the more classical aspects of Chinese culture. Hopefully this project will enable the world to get a better appreciation for what's happening right now, and in the future."

Prestigious Guggenheim show to land at the AGO, Picassos, Mondrians and more in tow
February 28, 2013 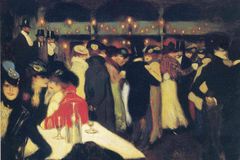 Is China building too many museums too fast?
October 24, 2012 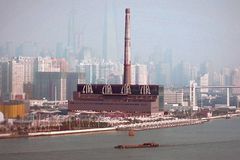 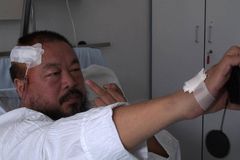 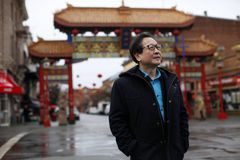