Joël Fafard came to music early, out on the prairie. Driving in the family pickup truck with his famous sculptor father, Joe Fafard, toddler Joël would stand on the seat – you could do that then – and give his dad reason to believe he might have a musical prodigy on his hands.

"Joël would just stand there looking at the road as we were going and making all kinds of sounds that I guess were his music. They weren't words, they were more like scat," says Joe Fafard. "And I thought, well, maybe this guy has a sense of sound."

More than 40 years later, the two of them, sculptor and musician, are heading back out onto the road – Joël will be wearing his seat belt this time – for a father-son visual art/concert tour. A Tune to Art: Sculpture and Song kicked off in Regina this week.

Joe Fafard, 71, is a celebrated sculptor, well known for his works such as Running Horses outside the National Gallery of Canada in Ottawa, his bronze cows outside the TD Centre in Toronto and his life-size bronze bull on Georgia Street in Vancouver.

Joël Fafard, 44, is a Juno-nominated musician whose latest album, Borrowed Horses, recorded with his musical collaborator, Joel Schwartz, exudes a Southern-roots feel, but is a sound, he says, that very much suits the Prairies. He also helps manage his father's sales.

There has been talk for years about how the Fafards – Joe lives near Lumsden, Sask., outside Regina; Joël on British Columbia's Sunshine Coast – could engage in a creative collaboration. Finally, a few months ago, they figured out a format: a one-set concert, followed by an art show that would have the feel of an opening – the milling about, the buzz of conversation.

With a wide range of venues on the tour – concert halls, galleries, a winery – a different configuration will be required in each location. There may be works installed in the lobby, on the stage, in the halls, with only two or three hours, they figure, for each set-up. There will be four of them – the Fafards, Schwartz and a stage manager (Joe's nephew, who also runs his foundry) to figure it out and do the heavy lifting.

"We're going to have to make this up every time," says Joël. "We're just really flying by the seat of our pants in some ways."

The trailer is carefully packed with the musicians' equipment and 17 sculptures, as well as bases for them designed specifically for the road trip.

The works represent a departure for the artist, who is well known for his domesticated-animal sculptures, as well as his often whimsical depictions of people. This time he has created new works that represent Canadian wildlife: racoons, ravens, moose, buffalo. There are also some creepy/wonderful part-human, part-animal figures.

"These are going to be quite different and I think to some people they might be a bit shocking, but I hope that they're amusing and make sense," says Joe, whose pan-Canadian animal theme was inspired by the idea of touring Canada "and providing people with a sense of the country, a sense of what we have here in terms of the beautiful creatures."

Joël Fafard grew up surrounded by creativity, with his father's studio out in the yard a few metres from the house in Pense, just west of Regina. But it was music that Joël was drawn to. He was crazy about the radio in that pickup truck and would often slip out to listen while his father was in the studio, turning the ignition to accessory and draining the battery. He recently figured out that his first exposure to blues came courtesy of father-son car trips, and current-affairs programming on the CBC. The realization came to him after hearing Michael Enright play one of his songs on CBC Radio One's The Sunday Edition.

"I was reminded that he used to be the host of As It Happens when I was a kid, when Joe was driving me to hockey games on the prairie, and they used to have all these bumpers of blues slide riffs, and I wasn't hearing that kind of music anywhere else. It's the one thing that really stuck out and has really affected my sound," he says. "This is where music really began for me; the kind of music that I play began right on his radio show."

Both remember hearing a lot of Hank Williams on those drives. Joël loved it; Joe tried not to sing along. "I thought it might be harmful," he jokes.

When asked if he will sing with the Joels at any of these shows, Joe responds: "They would have to pressure me considerably."

Joël, not missing a beat, chimes in. "Well, no one wants me to make a cow, that's for sure."

Joe and Joël Fafard – A Tune to Art: Sculpture and Song kicked off Oct. 15 in Regina. They perform Saturday at the Roots Emporium in Lloydminster, Sask., and Sunday at Edmonton's Festival Place. Other dates include Heritage Hall in Vancouver Oct. 28 and the Gladstone Hotel in Toronto Nov. 12, before wrapping up at Les musées de la civilisation in Quebec City Nov. 20. Full dates at joelfafard.com.

Douglas Coupland: an omnipresent superstar for an easily distracted era
May 11, 2018 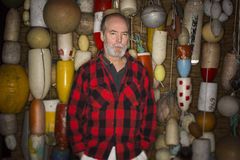 Artist Andrew Salgado on what may be the most important show of his life
May 11, 2018 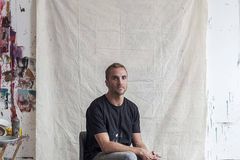 Art installations embody the past and future of Markham
May 11, 2018 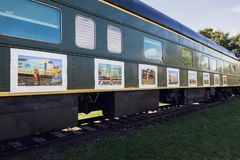 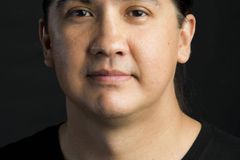 Massive Treasures of the Forbidden City exhibit coming to the Royal Ontario Museum
May 11, 2018 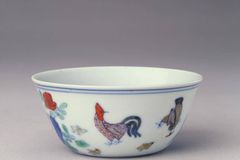