In September, 2015, the Vancouver Art Gallery hosted a packed news conference, where it unveiled the highly anticipated conceptual design for its proposed new building. "We've been waiting for this moment for a long time," said VAG director Kathleen Bartels, noting that the vision for a new building goes back to 2004. At the same event, then-chair of the board of trustees Bruce Munro Wright announced that board members had donated $23-million.

"Today's unveiling of the conceptual design marks the official launch of the public phase of our capital campaign as we turn to the broader community to join the province, the city and our board in supporting this important cultural building project," Wright said. "Of course, this represents only one of many phases in this complex project with much more work still ahead."

Since then, radio silence. No funding announcements, no public updates. And yet construction is supposed to begin this year.

"What is happening with the VAG?" is probably the No. 1 question I hear from the culturally curious around here.

So what is happening with the VAG?

"Things are on track," says Ann Webb, who last year left Toronto to become the gallery's associate director, director of engagement and strategic initiatives. Webb is the former publisher of Canadian Art magazine and most recently managing director of contemporary culture for the Royal Ontario Museum. Her presence could be read as one positive signal in the VAG's years-long campaign for a new facility.

"I wouldn't be here if I didn't think this museum was going to be built," she says during a recent interview. "This museum will be built."

Despite the lack of funding announcements, Webb says the project is on track for a groundbreaking in 2017 and a 2021 opening. "We're on target, on budget, on time."

The 310,000-square-foot conceptual design by the Pritzker Prize-winning Swiss firm Herzog and de Meuron – stacked wood-wrapped boxes – was met with mixed reaction. Some loved its innovative boldness; others found it underwhelming, even ugly. Further, concerns were raised about the structure's wood-wrapped exterior.

"Since that time, we've listened to some of the feedback that was given, we've tested different materials and we have been working to refine the design," Webb says, pointing out that design tweaks at this stage are common.

"There were some questions when it was first released about sustainability of the wood, so that's been reviewed." The VAG later clarified that wood will still be used extensively, but it will be complemented with other materials "to create a sustainable, durable and innovative design."

There had been some hope that the change in government in Ottawa might bring support; the previous Conservative government had repeatedly said it would not be providing the $100-million. The B.C. Liberal provincial government has been consistently non-committal. There is an election this May.

When Vancouver city council voted in 2013 to give the VAG a 99-year lease for two-thirds of the land known as Larwill Park (which is currently a parking lot) for the new gallery, it came with several conditions, including that the gallery must raise $150-million from other levels of government by April 30, 2015. The deadline came and went and none of the money was raised.

Bartels got into some hot water when she told the Vancouver Sun that the VAG had never expected to meet the city's deadline. Further, city officials became frustrated with designs and ideas that did not comply with the city-imposed conditions. But the city remains supportive. (Vancouver Mayor Gregor Robertson, who in 2013 had promised to be an active advocate for the new gallery, was not available for an interview this week.)

Last December, council granted an extension to the Memorandum of Understanding – to December 31, 2018.

The VAG is to share the parcel of land with an office tower. This past March, the city issued a request for expressions of interest for proposals for commercial development on the northern portion of the land adjacent to the new VAG, once again indicating progress on the project.

As for the fundraising, Webb says it is customary not to go public with a capital campaign until a large percentage of the funds are raised. "We're in our quiet phase. And so we're where we should be in our capital campaign mode and things are going really well."

She says her meetings to discuss the issue are overwhelmingly positive.

And she says that enthusiasm is shared by VAG visitors.

The recent announcement that chief curator/associate director Daina Augaitis would be leaving at the end of December "to pursue other professional and personal interests" was a disappointment to some VAG watchers. Augaitis is highly respected. And after 20 years at the gallery, she must be deeply invested in this project. So why would she leave at this crucial moment if this long-held dream was about to be realized?

Augaitis was not available for an interview by deadline this week, but Webb says her departure, which she calls bittersweet, is no reflection on the status of the building project (which Augaitis will continue to work on after a summer hiatus).

While the VAG continues to campaign for its new building, other cultural institutions in British Columbia have been or are being built.

Developer, philanthropist and collector Michael Audain, once chair of the Vancouver Art Gallery Foundation and head of its relocation committee (and now honourary chairman of the board of trustees) – has built his own art museum in Whistler; Emily Carr University of Art + Design is opening its new campus this fall in East Vancouver; Presentation House's Polygon Gallery in North Vancouver held its groundbreaking last year.

Of course the VAG project is much larger and more ambitious. And Webb says an announcement will be forthcoming, probably later this year.

"I can assure you that things are going very well and there's no doubt that this is going to happen," she says. "I'm working on it daily, happily."

Vancouver Art Gallery director is ‘confident’ despite missing deadline
May 7, 2015 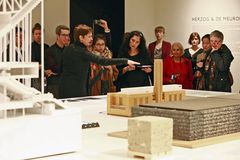 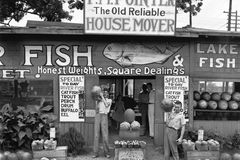 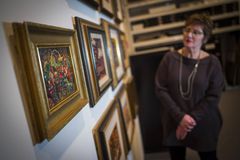