Early modernists such as Man Ray and Alexander Rodchenko made kinetic art – art that moves – in the shape of mobiles; these were later brought to great fame by Alexander Calder.

One thinks, too, of Jean Tinguely, the Swiss sculptor whose whirling assemblages of useless gears and wheels adorn public fountains and museums around the world. But new advances in technology, and of course the Internet, have led to a new kind of art machine that poses conceptual challenges even more interesting than their technical ones.

Here are three art machines unveiled in 2014 that pose difficult questions of definition: What are they, why are they, and in what does their art consist? I chose these three examples above many others just because I thought they were cool.

The Native Instruments Maschine 2.2 is quite simply an electronic musical instrument. It combines, like many boxes for composing dance music, a drum machine, a keyboard and various effects.

Such multifunction boxes are starting to be known by new names such as "groove stations." What is startling about this one – and about a couple of similar boxes, such as the Ableton Push – is that they have a "play in key" function. That is, you choose a musical key, and you play notes by touching squares arrayed in a grid pattern.

The machine will make sure you play in the chosen key no matter what keys you depress. So any sequence of pushes will produce a pleasing melody. The classic piano keyboard layout of black and white keys – which we have been using with little variation since at least the late 1300s – is no longer necessary.

Visually, this presents a whole new paradigm for seeing melodies (patterns on a square rather than an interpolated line). Practically, it means musicians no longer have to learn scales. It means anyone without any musical training can make original musical compositions just by banging away. This will undoubtedly have an effect on the careers of music teachers.

Now consider a sort of inverse project: Turkish musician Gorkem Sen has perfected a gorgeous new instrument, the Yaybahar, that is purely acoustic. It is large – about seven feet long – and is made of fretted strings, coiled springs and frame drums. It is not electric. It is played with the fingers or a bow. What is the point of this musical instrument? It aims to recreate the sounds made by electronic instruments. It sounds amazingly like a buzzing synthesizer – a cross between an electric violin and a didgeridoo – complete with its own reverb and delay effects. This kind of anti-electronic machine represents a curious combination of nostalgia and trendiness.

My next machine is not a machine at all, but a computer program, designed purely as an art project. It is called the Random Darknet Shopper, and was created by a Zurich-based collective called !Mediengruppe Bitnik (the exclamation mark is not a typo). It is a group that has done various political conceptual acts such as hacking into London surveillance cameras and replacing their image streams with invitations to play chess.

This new piece is a bot that is designed to go to websites on the "deep Web" (the place where the notorious Silk Road existed – a marketplace for just about anything). The bot then makes a random purchase using bitcoins. It is given 100 bitcoins a week for the purpose. It then has the product mailed to its creators, who recently showed a collection of them in a gallery (the show, called The Darknet: From Memes to Onionland, has just come down in Zurich).

The bot purchased, among other things, 10 ecstasy tablets, a usable scan of a fake Hungarian passport and a hidden-camera baseball cap. Those objects were exhibited in the gallery, along with their receipts.

The purchases are clearly illegal – but who is to be prosecuted? One of the artists, Domagoj Smoljo, has pointed out, in an interview with The Guardian, that "the Swiss constitution says art in the public interest is allowed to be free."

Anyway, I love that this is Swiss (Tristan Tzara and Tinguely would both be pleased). 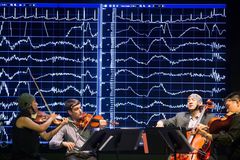 Can we put a number on the value of the arts? This economist thinks so
November 26, 2014 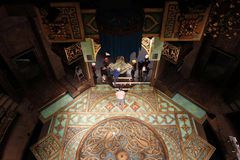 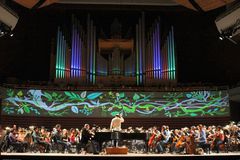 The frenzy over one weirdo, and the return of electronic artist Aphex Twin
October 9, 2014 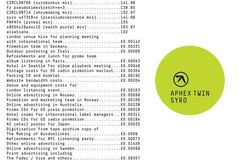 So I was listening to some techno, when suddenly I wanted to buy stuff
September 4, 2014 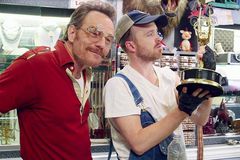