“So,” Jorn Weisbrodt cheerfully proclaimed as he greeted me at the Hearn Generating Station last week, “the beginning of the end!”

He meant the end of his five-year tenure as artistic director of Luminato, the annual multiarts fest that is in residency at the mothballed power plant in Toronto’s Port Lands this month. This will be Weisbrodt’s final Luminato; his legacy is the provocative move to the Hearn, a mammoth industrial leftover a brisk 15-minute walk from the nearest public transit stop.

But as crowds of Torontonians and tourists enthusiastically made the trek to the Hearn this week, whether on foot or on bike, by car or by shuttle, I got to thinking that if this is the beginning of the end for Weisbrodt, it should really be celebrated as the end of the beginning for Luminato. For the Hearn seems to be providing what Luminato has so desperately needed during its 10-year existence: focus and grit. Maybe Luminato is finally reaching maturity. 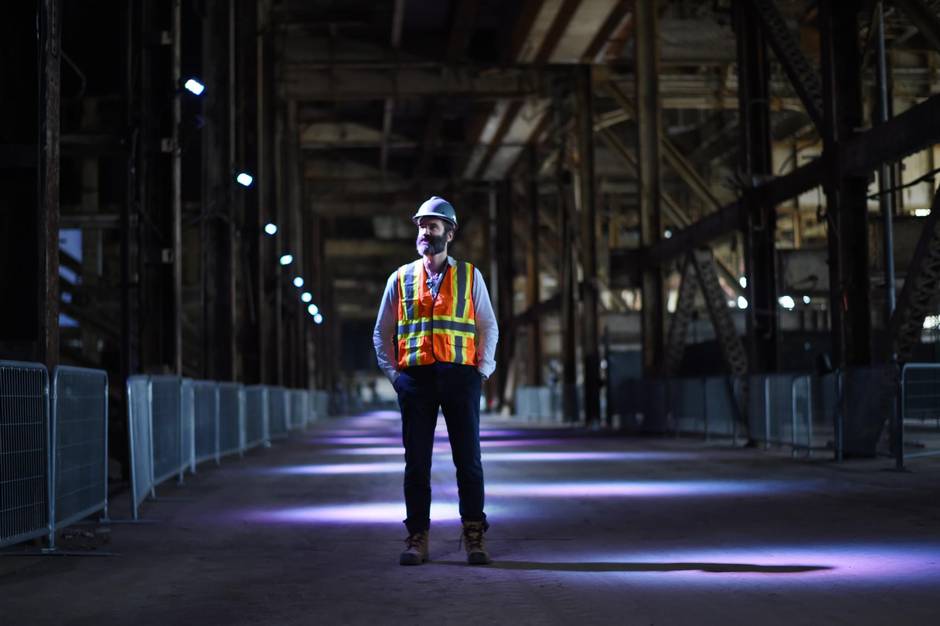 Jorn Weisbrodt concludes his five-year run as artistic director of Luminato this year. (Photos by Fred Lum/The Globe and Mail)

Founded in the grim years of the early 2000s by two civic-minded businessmen – magazine publisher Tony Gagliano and the late David Pecaut – Luminato has always been well-funded by the Ontario government and unattached to any obvious artistic agenda. It was an effort in Toronto boosterism that organizers quickly acknowledged would be unlikely to attract large numbers of international cultural tourists. Still, it has continued to program and commission work from the great names of the Canadian and international avant-garde – Marina Abramovic, Laurie Anderson, Pina Bausch, Matthew Barney, Murray Schafer – while entertaining a wider and mainly local audience with magic shows, food trucks and free concerts. The results have occasionally been inspiring and they have often been fun, but Luminato’s purpose – or even personality – has remained unclear.

And then, Weisbrodt visited the Hearn, a coal-fired power plant dating to 1951 that was once the largest enclosed space in Canada but was decommissioned in 1995. “I thought I had found my Sleeping Beauty castle,” he told the crowd at one opening this week. “We have been kissing ever since.”

Determined to wake his beauty, he programmed Unsound, the itinerant mini-festival of electronica created by Polish music curator Mat Schulz, in the Hearn last year, and brought about a remarkable meeting of music and architecture. This year, the whole festival moved to the Hearn, offering a program anchored by several key works of contemporary art including more of Unsound, an aggressive dance piece from Vancouver’s Holy Body Tattoo, a living beehive sculpture from the French artist Pierre Huyghe and the acclaimed history drama cycle The James Plays from the National Theatre of Scotland. 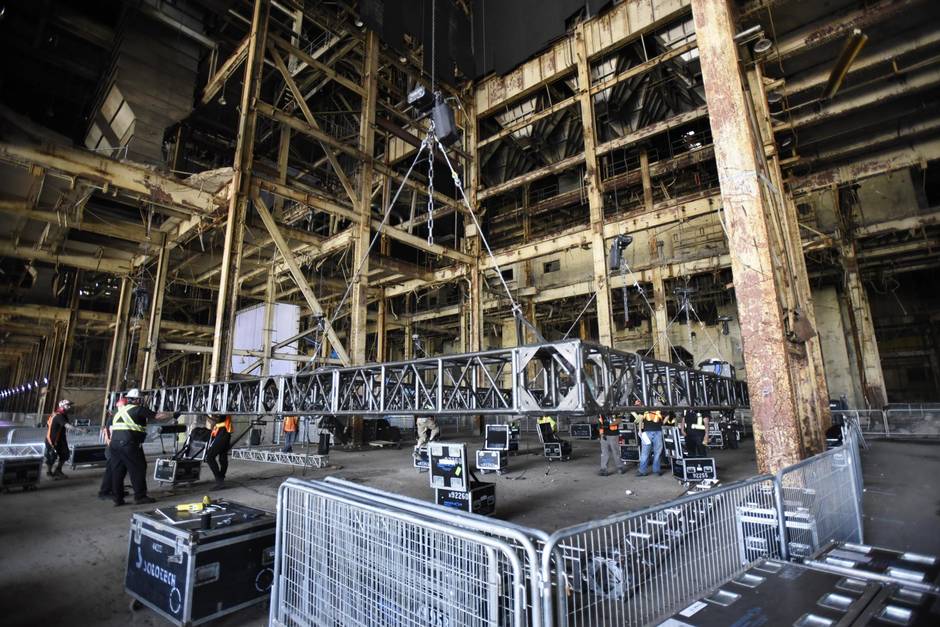 Luminato has brought billowing smoke effects and pulsating electronic music to the Hearn, a coal-fired power plant dating to 1951.

There are no literary events this year, the magic shows are gone and there are local bands performing for free in the beer garden at the Hearn, but the expansive program of free outdoor concerts has also disappeared. That is partly because Luminato belatedly found out it wasn’t going to be able to use its first choice of civic square for the concerts: Union Station – where the shuttle bus to the Hearn departs every 30 or 45 minutes.

The result is a festival that feels much more tightly focused than in previous years. The concentration is on visual art and performance; local groups, including Music in the Barns and Tafelmusik, are not being co-produced or presented by Luminato, but simply invited to share the Hearn’s remarkable space during the event.

That space is key to the energy that ripples through Luminato this year as beams of white light, billowing smoke effects and pulsating electronic music activate a cathedral of rusting girders and damp concrete. Luminato hasn’t forgotten its crowd-pleasing side – the festival launched last Friday with unabashed spectacle as four base jumpers parachuted off the Hearn’s towering smokestack – but inside the generating station the festival finds a way to make the populist contemplative and the avant-garde accessible. 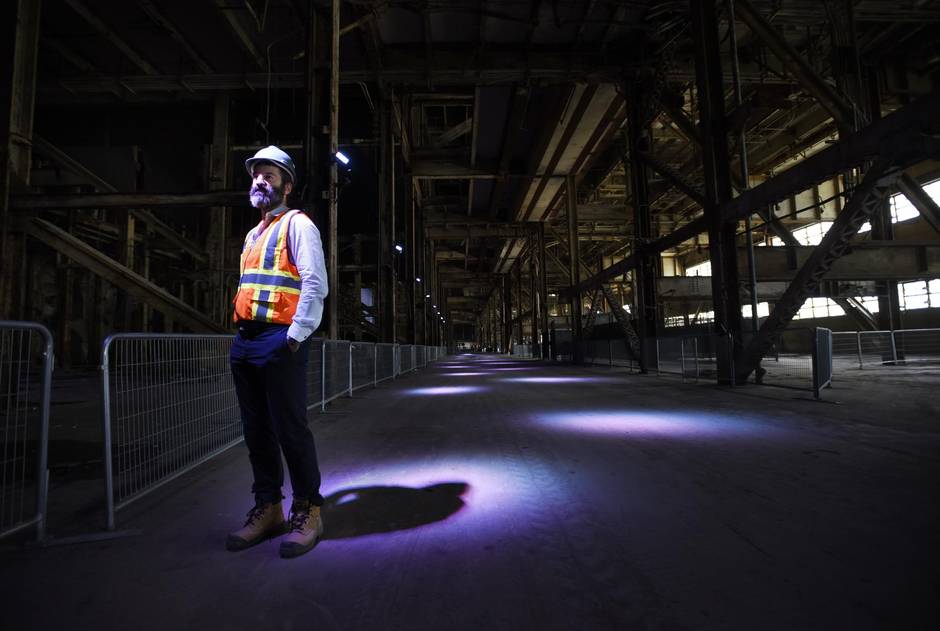 The Hearn has sent energy rippling through Luminato, but as a performance venue it still suffers challenges with sightlines, acoustics and scheduling.

Yes, there are problems with a public space in which all washrooms are portables and wet areas have to be cordoned off because the roof regularly leaks. The building has been adapted by the Toronto architectural studio Partisans and the international theatre designers Charcoalblue, but as a performance venue the Hearn still suffers challenges with sightlines, acoustics and scheduling – since events can’t be held simultaneously in the vast but open space. The idea of turning the place into a permanent arts centre seems far-fetched – how on earth would you heat it outside the summer months? – but the biggest question is whether audiences will make the trip to an exciting but isolated location.

So far the evidence there is very encouraging: making a push to wean itself from a heavy dependence on provincial grants, Luminato has been setting higher goals for ticket revenue in recent years and this year should produce its best results ever. Only about 10 per cent of its budget comes from ticket sales, but it is hoping to surpass its 2016 target of $1.3-million for ticket revenue, a goal that was already significantly larger than the $900,000 earned last year. At midweek, with 12 days still to go, the festival had already sold 25,000 tickets, up from 23,000 in 2015. And donations are up, too, hitting the highest level since the large founding gifts of Luminato’s inaugural year.

And Toronto is excited by the Hearn, a place that seems to finally give the word Luminato meaning.