The artist was not present. She was supposed to be. But then a mess of weather called Hurricane Sandy roared in, grounding her at her country home in Hudson, N.Y., two hours north of Manhattan just as it grounded (or submerged) millions of others last month. So it came to pass that one recent morning, Marina Abramovic, the most famous performance artist in the world, was not in Toronto, as originally scheduled, but in her kitchen, making organic bean soup, keeping an eye on the weather (she was hoping to return to her SoHo loft in a couple of days to pack, then fly to Abu Dhabi) and talking on her cellphone to a reporter in the Ontario capital.

It was not the next best thing to being there. As Abramovic devotees will tell you, it's the seeing of the artist that's the believing. The sound on the phone was tinny, and Abramovic's English, thickly accented and often eccentrically phrased, reflects the circumstances of her birth, childhood and early adult years in the former Yugoslavia as the oldest child of two high-ranking, ferociously authoritarian Communists. At one point, talking about how Sandy had revealed the fragility of modern life, she declared: "Basically, I'm interested to buy the boonker. I think this is good solution for future because it is going to get worse and worse, and I think the boonker is very good. I was looking on eBay; there are actually some good old boonkers still available." It took a few seconds to realize that "boonkers" is Abramovic for bunkers.

Abramovic had originally been scheduled to meet with organizers of the 2013 Luminato festival in Toronto to scout locations for a temporary satellite installation of her Institute for the Preservation of Performance Art, slated to open in Hudson in 2014. The artist, it was announced Monday, is coming to Toronto next June to appear in the North American premiere of The Life and Death of Marina Abramovic, a live production conceived and staged by director and Einstein on the Beach co-creator Robert Wilson and hosted by Luminato. With a world premiere last year at the Manchester International Festival, the Abramovic "opera" has since played to sold-out crowds in Basel, Madrid, Amsterdam and Antwerp.

Real-time contact – eye-to-eye, body-to-body, aura-to-aura – is the major motif of "the Abramovic method." Its most famous example is The Artist is Present, title of both the Abramovic retrospective the Museum of Modern Art hosted in New York in 2010 – the first such honour accorded a performance artist – and the key piece she performed there for the duration of that retrospective. From March 14 to the end of May, six days a week, seven non-stop hours a day, Abramovic invited the public to sit across from her, one at a time, staring without words or movement for as long as the patron wished. The effect was sensational – tears were shed, minds melded – with tens of thousands participating in or observing "the historic ordeal." When it ended some 700 hours later, the Belgrade native was as close to a household name as any performance artist can be. Certainly name enough to be invited to the White House later this month.

It's taken Abramovic more than 40 years to achieve such fame and acceptance. The Artist is Present is just one of an estimated 90 pieces Abramovic has conceived and performed. It has not been an easy career, not least because of the demands she has put on her body, and the combination of awe and revulsion these rigours have provoked. Take Rhythm 10, from 1973, which consisted of Abramovic stabbing the spaces between her splayed fingers with a sharp knife. Sometimes her aim was not true, and there was blood. The next year in Naples, in a piece called Rhythm O, she surrounded herself with dozens of objects – among them, condoms, a saw, razor blades, matches and a gun with one bullet in it – and invited audience members to use them on her however they wished. "She wasn't raped and she didn't flinch," according to one newspaper report. "But one man did hold the gun to her head for two hours."

Unsurprisingly, some have called these gambits masochistic. For Abramovic, though, they were all part of the larger effort, what she calls "the fight" to establish performance art as a valid art form – and separate from theatre where, as she famously observed, "everything is fake. Ice is not ice, knife is not knife, blood is not blood. It is a black hole ... To be a performance artist you have to hate theatre."

Today, Abramovic is more judicious in her comments. "You see, these things I said 40 years ago," she remarked with a hearty laugh. "Then it was like you have to hate your mother and father to grow up. But now I am very grow up so I can have this luxury to love the theatre. Now that in my mind everything's very clear what's performance and what's theatre, I don't need to fight. I can actually indulge myself in various disciplines – and not just theatre like with Robert Wilson." Which is why earlier this year she agreed to be one of the jurors for the 2012 Venice International Film Festival. Coming up are a collaboration with Sidi Larbi Cherkaoui and Damien Jalet of the Paris Opera Ballet to choreograph Ravel's Bolero and the preparation of a work, details to be determined, for the 2014 World Cup in Brazil.

Had fame and success come to Abramovic 35 or 40 years ago, it might have been disorienting. But now? "As a person, they absolutely don't affect me," she declared. "I've been a long time around, and it came so slow, over such a long time. My position now is very beneficial for my work because I can actually act on much larger scale. Like make my institute, fundraise, create opportunities for young artists and do something which is not self-indulging but helping the complete history of performance art to have the right position."

"People listen to me now," she declared. "Before, they didn't. Now they give me much more platform to do things. That makes you superstar! If you use [fame] otherwise, you can also sit at home, indulge yourself in drugs and waste all the time. Which I have never done and never will!"

Fellow performance artists have never questioned Abramovic's commitment to the genre nor begrudged her success (which includes the Golden Lion, for best artist, at the 1997 Venice Biennale). But some are wary of her efforts to revive or, in the parlance of the genre, "re-perform" not only her previous works but performance pieces by other artists, some dating to the 1960s and 1970s. These critics feel re-performance (and an institute dedicated, in large part, to it) brings the genre perilously close to theatre, robbing it of the riskiness, existentialism and right-here/right-now specificity of its origins. Abramovic, however, thinks such doubts too purist and jejune for the 21st century. "Performance art is a living form of art and should be re-performed," she asserted.

There was a time when Abramovic called herself "the grandmother of performance art." But now it's a sobriquet she'd like to ditch. "Can we change that into soldier? Or warrior? Because I'm more warrior right now than grandmother ... Yes, I am old but, you see, I have energy, lots of energy." 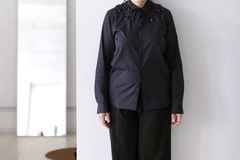 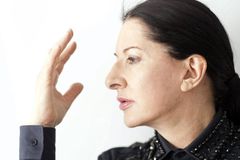 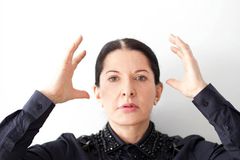