Artistic types in Calgary are frankly getting a little tired of hearing that the art coming out of their city is so good, it could have been made somewhere else: Toronto, New York. The arts are thriving in Calgary, and it's time to give the boot to any outdated stereotypes. Sure, cowboy culture remains important – especially during this 100th anniversary of the Stampede – but as Calgary marks its year as a federally-designated Cultural Capital with its Calgary 2012 program and edges out of the large artistic shadow cast by Edmonton, take a moment to consider new cultural frontiers: The original work coming out of the city – including opera, ballet and theatre – and some of the people who are making it happen.

As founder of Calgary's edgy, multidisciplinary High Performance Rodeo, Green has been scouting local and international talent for some 27 years. On leave from the HPR and One Yellow Rabbit – the theatre company he co-founded 30 years ago – while he handles artistic duties for Calgary 2012, Green says he has explored every extremity of the city in his quest to "connect Calgary to Canada and the world." His discoveries over the years are too numerous to mention here, but he lists some recent, personal highlights. They include Requiem for a Lost Girl (originally titled Two Bit Oper-Eh? Shun), an HPR commission that saw Onalea Gilbertson create an opera with homeless people. It will have its international premiere off-Broadway this month. War poet Suzanne Steele and composer Jeffrey Ryan were commissioned to create a work to commemorate the end of Canada's military mission in Afghanistan. Afghanistan: Requiem for a Generation will have its world premiere on the eve of Remembrance Day with the Calgary Philharmonic Orchestra. And Endure: A Run Woman Show – a performance by dancer Melanie Jones where audiences run alongside her while she details the emotions of a long-distance runner – will be performed in London this summer to coincide with the Olympics.

Jim Hill caught the art bug during a two-year stint in Paris, back when he and his wife Susan were in their 20s. Once they had the means, they began collecting, with an emphasis on colour-field artists such as Jack Bush and Kenneth Noland. The Hills, who made a fortune in the oil and gas industry, have been active philanthropists in many fields, but felt the visual arts needed attention. They began amassing land in Calgary's Inglewood neighbourhood for a gallery where staff could concentrate on programming rather than fundraising. Fifteen years and more than $80-million later, the Esker Foundation – a 15,000-square-foot non-commercial gallery – opened in June. "Fifteen years is a long time and certainly a few times we wondered if it really made sense what we were doing," said Jim Hill, adding there will be a future endowment. " You never really know what the reaction is going to be until you open the doors and people come in. And it was just a series of 'wows' and surprise and joy."

It's nice when the mayor of your city shows up for an opening night. It's even better when they stay to watch the show (they don't always). In Naheed Nenshi's case, he was a theatregoer before entering the political spotlight, and still tries to attend a performance during its run if he misses opening night (suggesting he really is there to see, rather than be seen). A self-described "famously failed amateur actor," Nenshi – whose council allocated $2-million for the Calgary 2012 initiative even before the federal government named the city a Cultural Capital – is a believer in art for art's sake, but also displays a shrewd understanding of the civic advantages resulting from a strong cultural scene. "Calgary is increasingly in a very global market for talent. The future of this city relies almost entirely on our ability to attract and retain people," Nenshi said last week. "And for me, it is exceptionally important that that engineer or artist or economist ... sees that Calgary is a place where they can both be at the top of a profession and live a fantastic life." 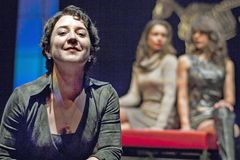 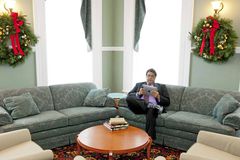 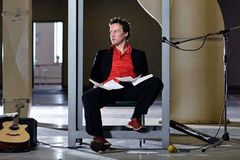