Paul Lavoie has sold a lot of products without ever running one through a till. As co-founder of Taxi, a leading Canadian ad company, he spent his days searching for ways to get the rest of us to buy more stuff from Campbell’s, Canadian Tire and many others.

“I was selling Kraft, I was selling cheese, and I’m very proud of that,” Lavoie says. “It’s interesting to take some of those skills and express some things that are on my mind.”

It may be especially interesting for him, now that Taxi has been absorbed into the British conglomerate WPP Group. He stayed on after the sale of the company five years ago, but by his own account is now mainly a figurehead chairman. “For the past year, I’ve just been the guy who comes in to make a speech,” he says.

Lavoie had time to ponder his next venture, the fruits of which are now hanging on the walls of a gallery at Montreal’s Phi Centre.

It’s a show called “Can t you sue ppl for stealing tweets isn’t that playjarism?” and it consists of 15 oil paintings, none of which were made by Lavoie. He didn’t even see them until the day they were installed, though he came up with the ideas, negotiated with subcontractors and signed off on every stage of the work. He did everything that a creative director and project manager would do at an ad agency, except that he didn’t have to get a client’s approval. 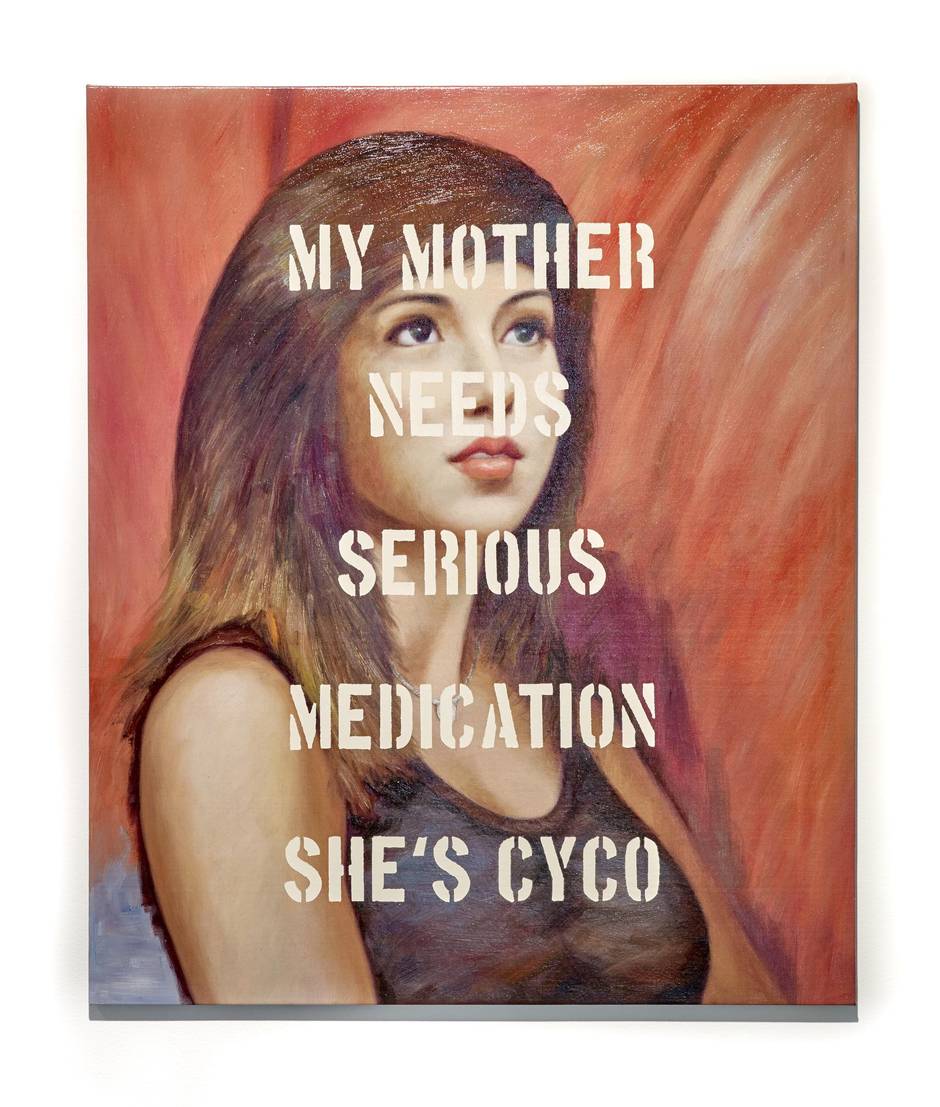 The paintings were made by InkDance Chinese Painting Gallery, a factory in southern China that will paint anything to order. Lavoie sent them kitschy images he found posted on social media: landscapes, dogs and cats, and a stock portrait pose that he Photoshopped with the faces of five young women. He hired someone in Peterborough, Ont., to mount the canvases, and to stencil over them with texts he found on Twitter. All the content of the show is “stolen,” he says, though the content isn’t that important to him. What matters, he says, is that these hackneyed images and misspelled tweets were all deployed in service of a universal need that has exploded all over the Internet.

“Average people like to express themselves, and obviously the Internet is a vast inventory of that, of people trying to connect through images and words,” Lavoie says. “I’m not really concerned with what they say, but with the notion that these people really want to express themselves, that the desire to connect is greater than the skill to express. These tweeters don’t have time to use spell-check. They’re caught up in their emotional haste to share their thoughts.”

He has recontextualized those thoughts, of course, stencilling tweets over images that came from different sources. For example, PEOPLE ASK ME QUESTIONS AS IF I’M LISTENING appears over an image of an elk standing near a mountain stream, creating friction between the irony-free image and the sarcastic comment. Some of the other pieces aren’t so pointed, seeming merely to combine things from different ends of the Internet trailer park. 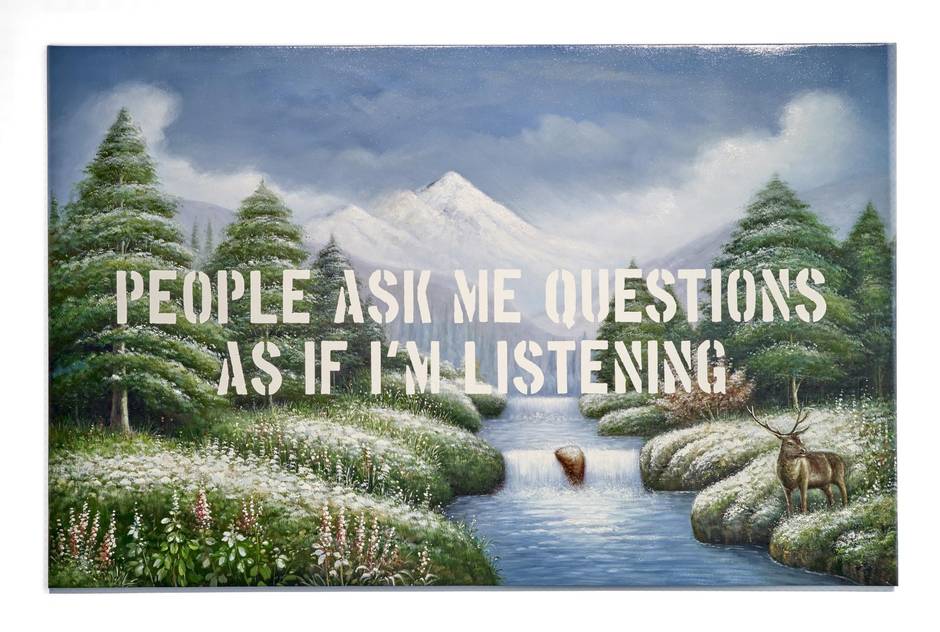 The images themselves are dead on arrival, by design, which leaves the whole burden of meaning on the concept. Stare at these utterly dull canvases for more than a few seconds, and you begin to feel like a dupe, even if you get it. The show as a whole does seem to look down on those who contributed, wittingly or not, to its materials. The relentlessly cool Phi Centre may magnify that impression, which Lavoie says was not his intention.

This kind of ready-made, subcontracted work has a rich history, leading from the coarse gamesmanship of Marcel Duchamp to the cynical and lucrative creations of Jeff Koons. Lavoie doesn’t claim to be turning new sod or to be doing anything but thinking in public, using techniques already familiar to him.

“I’m not creating anything, I’m just observing,” he says. “I’m very interested in social media, and this notion of anonymity and being intimate, that the Internet is sometimes personal and sometimes impersonal. It fascinates me, but I don’t have the answer to anything.”

The paintings cost him about $2,000 each to make, and he’s selling them for $4,000 to $7,000. Whatever money they bring in, he says, will go to Dans la rue, a Montreal organization working with street youth.

“I have no ambition,” Lavoie says, referring to this latest stage in his love affair with word and images. But he does have another show in mind, in Toronto, and then who knows?

Can t you sue ppl for stealing tweets isn’t that playjarism? continues at the Phi Centre in Montreal through May 11.