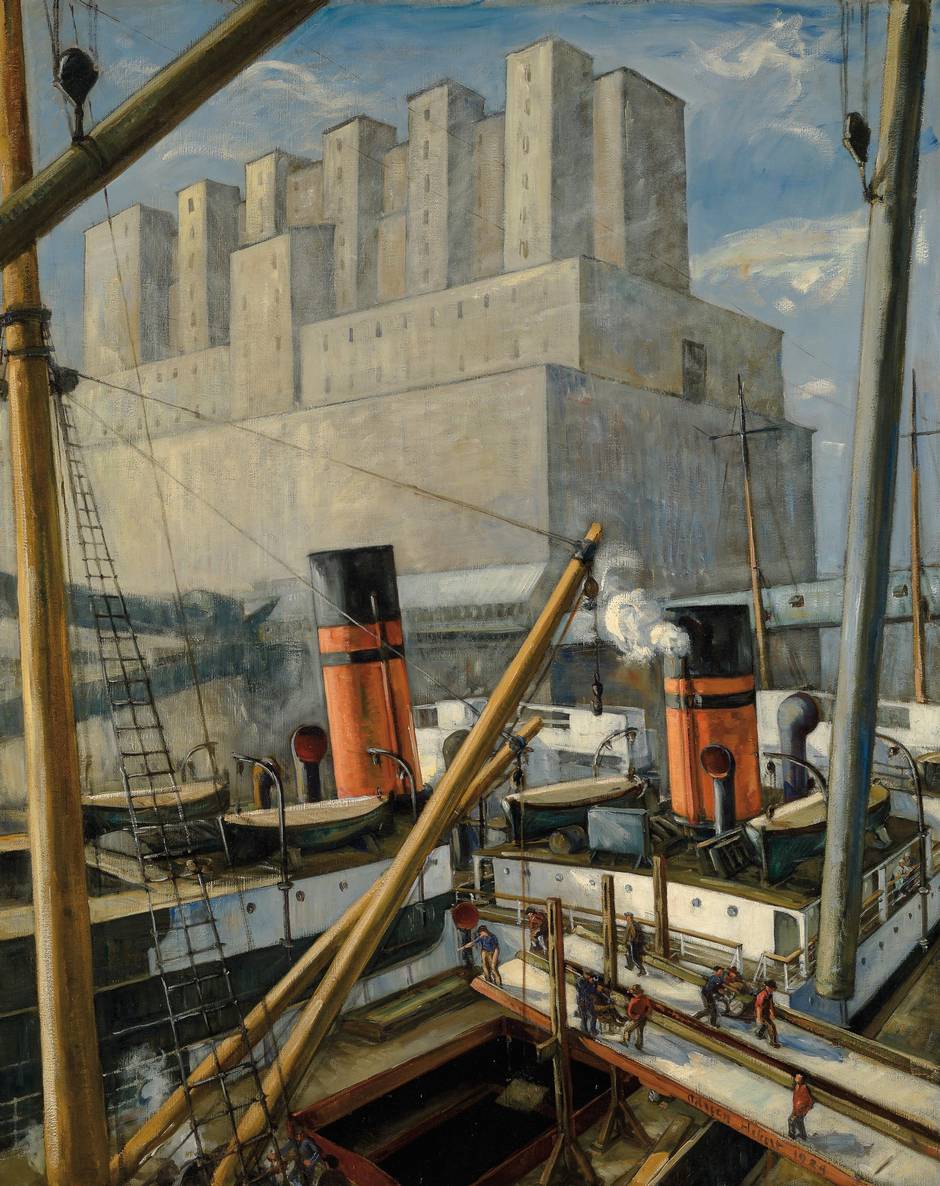 "A very simple group of a few people with no means and big ideas.” That modest yet romantic summation was made in 1966 by Montreal painter Anne Savage, about a group of young women and men who shared studio space on Beaver Hall Hill in the early 1920s and showed work together as the Beaver Hall Group.

Savage and the other Beaver Hall painters were celebrated in their time, and were sufficiently modernist to rile a few prominent critics. They were eclipsed in mid-century by Montreal abstraction and the Refus global, and when they were rediscovered, it was mainly as a women’s circle, the distaff foil to the balls-out male den of the Group of Seven.

A few books and exhibitions and one documentary film have appeared over the years, but the whole story of the Beaver Hall Group has never been told where it counts, in the kind of comprehensive survey put on by the Montreal Museum of Fine Arts. With a new exhibition, curators Jacques Des Rochers and Brian Foss have set out to dispel the mythology around these artists and to place them in their proper context, through a gathering of some 140 paintings, numerous sculptures and paper artifacts and a stout tome of scholarly essays.

Museums love groups of artists who chose or accepted a label and worked together, but the Beaver Hall Group wrote no manifestos and kept few records, even of membership. Des Rochers used rather elastic criteria to identify more than two dozen likely members, most of them anglophones from middle-class Montreal families. The bigger the group, of course, the harder it is to generalize about what they did. 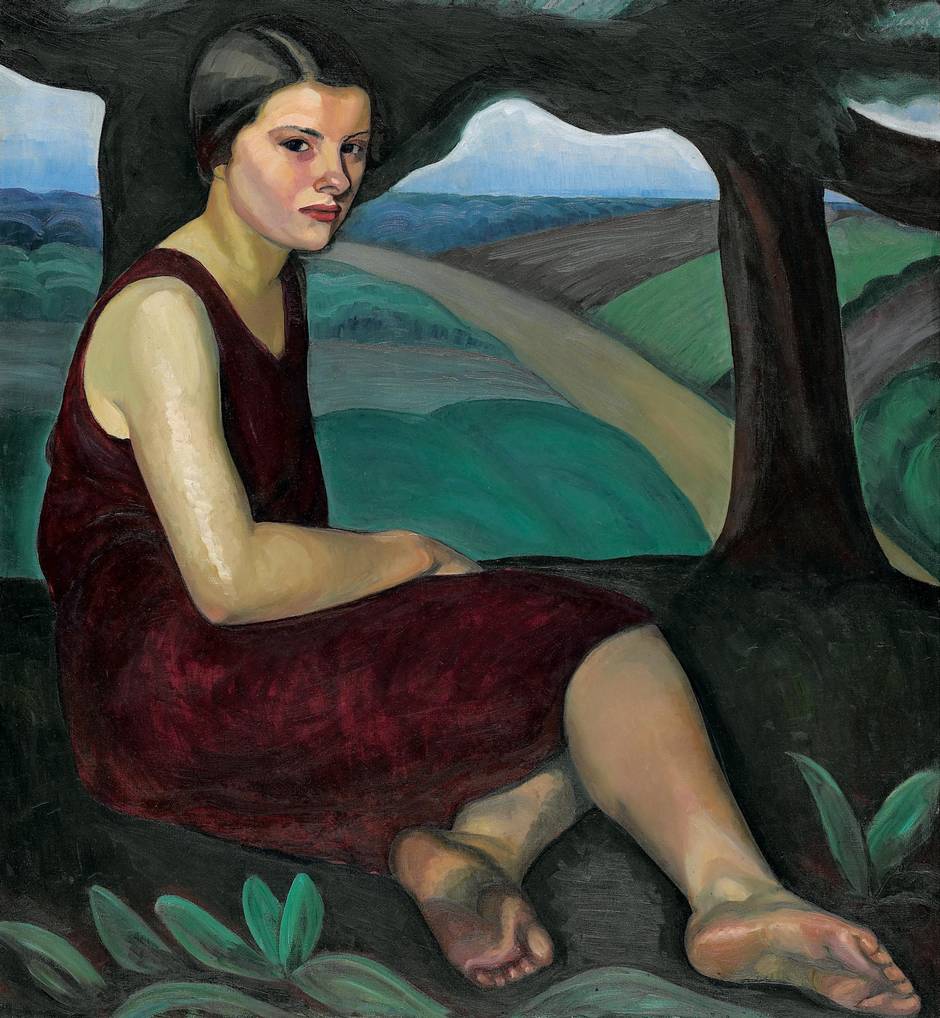 “Consensus on the exact nature of the Beaver Hall Group is hard to ascertain,” he writes in his catalogue essay.

Even so, they had some traits in common, including a preference for striking colour masses. They liked strong sculptural forms in portraiture and took a dauby, Post-Impressionist approach to landscape. They were self-consciously urban artists who painted what they saw in the city or at cottages in the Eastern Townships, and brought the same modernist spirit to portraits of farm girls as they did to those of urbane Montrealers.

In that sense, they were quite unlike the virgin-soil nationalists of the Group of Seven. Most of the Beaver Hall painters included traces of the human even in their landscapes, and cared about what was happening in Paris. But the groups exhibited together and even shared members, including A.Y. Jackson and Edwin Holgate, who joined the Group of Seven in 1929. 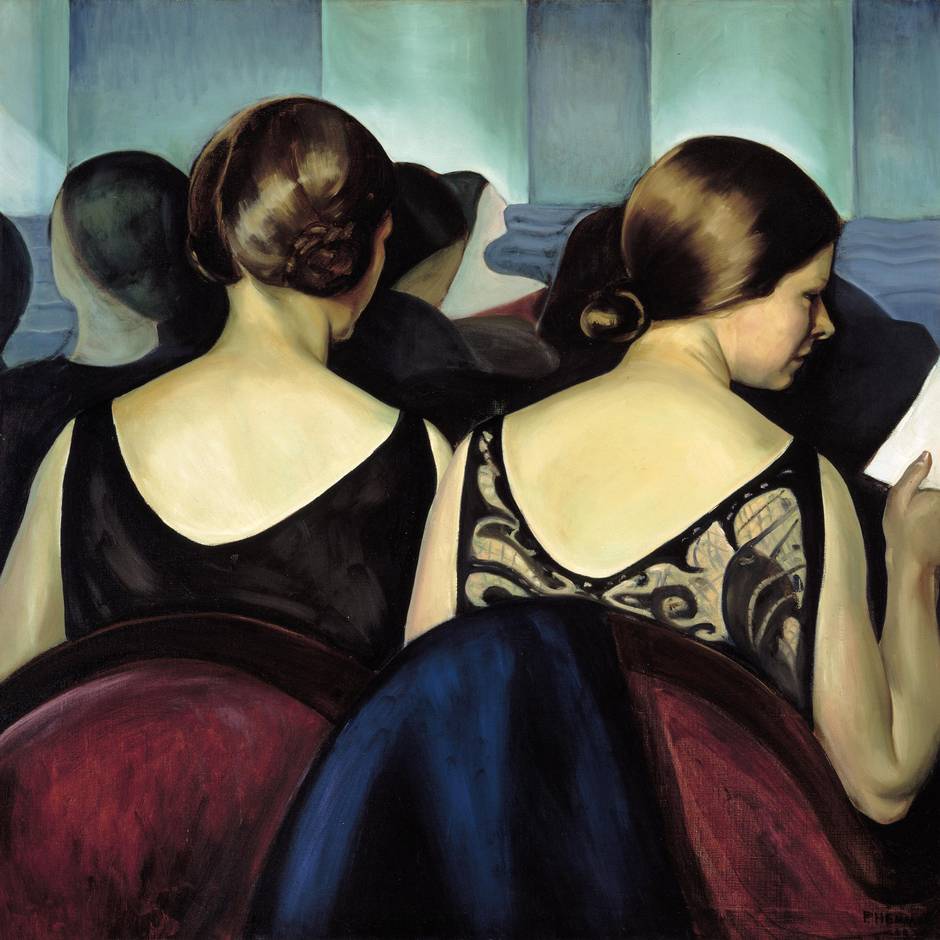 Prudence Heward’s At the Theatre / Horsley and Annie Townsend

The presence of Holgate and several other men in the exhibition is meant to debunk the view, cherished by feminist art historians, that Beaver Hall was a women’s group. But since the main arts clubs of the period – including the Group of Seven – were male-only, the men didn’t need Beaver Hall the way the women did, as an art community and support network.

There are a lot of portraits in this show, of a kind that suggest that for many of these artists, truth was something to be found in the flesh. Prudence Heward’s mostly female subjects all have tremendous self-possession, their faces and bodies shining darkly in a frank exposition of how women and girls actually look. She also had an eye for a telling social moment, as in At the Theatre, in which two young women, seen from behind, wait for the curtain to rise. In Girl Under a Tree, a large and somewhat analytic nude, Heward burlesques the butter-soft odalisques of academic realists by giving the woman a robust, powerful frame, as well as plucked eyebrows and lipstick. 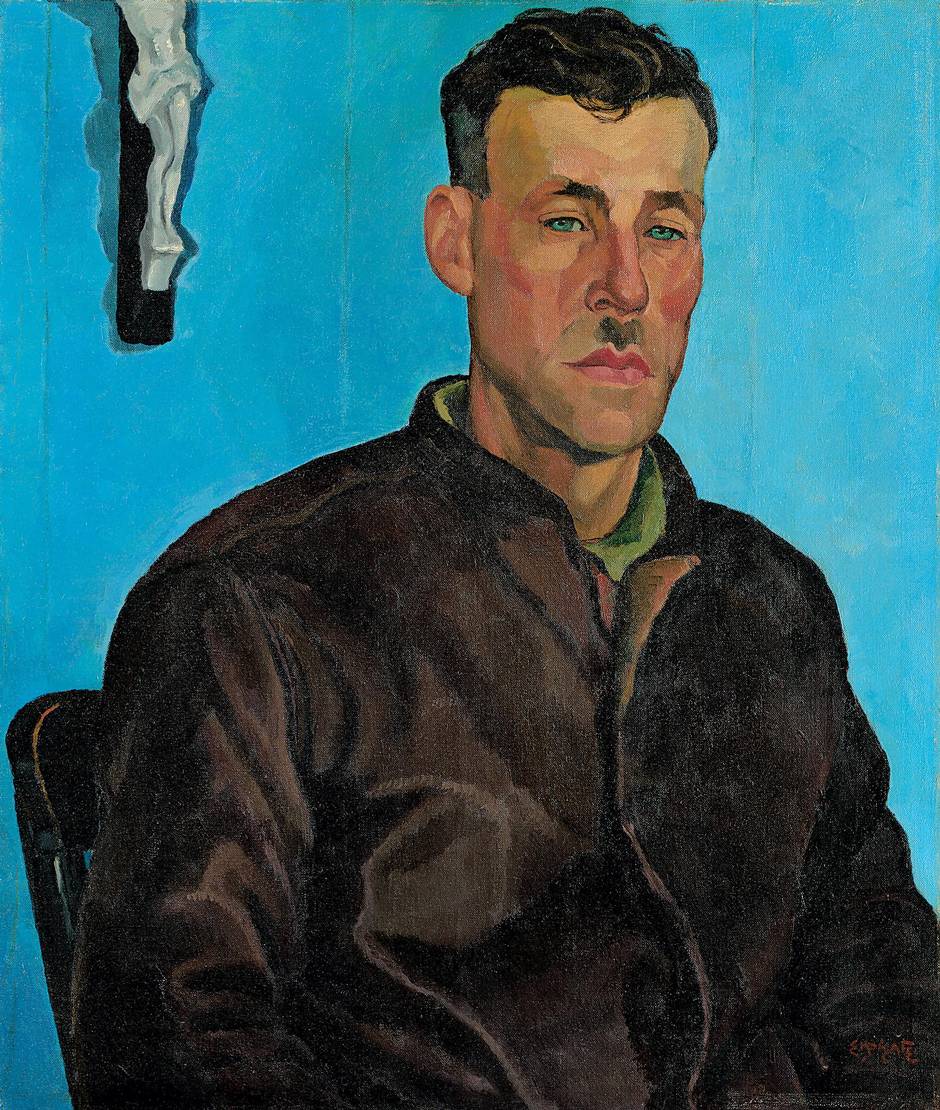 Lilias Torrance Newton’s portraits are more about capturing individual character, and made her the most financially successful of the Beaver Hall painters. Her cheeky, life-sized Nude in the Studio is one of several unconventional nudes in this show, including Holgate’s Mother and Daughter, in which the clothed child leans against the mother’s seated nude form; and Henri Hébert’s witty small bronze of a nude dancing the Charleston.

Many of these painters used colours in ways that still look exploratory and dramatic, even in a landscape as delicate as Anne Savage’s Lake Wonish (for Don), in which wispy trees flex in a scene of mauve, purple and pink. The skillful use of colour blocks give Sarah Robertson’s elemental village scenes a haunting quality of stillness. This was the kind of Post-Impressionist work roasted at the time by Montreal Daily Star critic Samuel Morgan-Powell, who couldn’t find enough adjectives to damn the “rough splashy meaningless blatant plastering and massing of unpleasant colours.”

The curators have taken pains to situate these artists in the Montreal of their time, which they depict as a knees-up Roaring Twenties kind of place. A few glamorous society portraits by Randolph S. Hewton seem to support that case; but the city was also recovering from a devastating war in which several Beaver Hall artists served or lost relatives, and from a flu epidemic that forced the closure of all public places in Montreal in October, 1918, and killed 50,000 Canadians. Some of the work in this show reveals a darker spirit than can be fitted into the carefree jazz-age narrative that dominates the marketing.

But, on the whole, the exhibition does itself proud by a group of artists who could be called children of this museum, since most studied and met at the Art Association of Montreal, forerunner of the MMFA. One has to wonder why it took so long, though perhaps it could only have been done this well today.

1920s Modernism in Montreal: The Beaver Hall Group continues at the Montreal Museum of Fine Arts through Jan. 31, then visits the Art Gallery of Hamilton from February 20 to May 8, 2016, the Art Gallery of Windsor from June 24 to October 2, 2016, and the Glenbow Museum in Calgary from October 22, 2016, to January 29, 2017. A series of related concerts of related continues at the MMFA’s Bourgie Hall (mbam.qc.ca/en).