"The seesaws of Impulse are under repair." That could be a line of poetry, but it's from signs taped to 12 of the 30 luminous seesaws installed recently near Montreal's Place des Arts. The seesaws are one half of an annual Luminothérapie installation that also includes large-scale projections on nine buildings in the Quartier des Spectacles. A broken teeter-totter is always a sad thing, but these ones may also symbolize what has gone wrong with Luminothérapie, and with Montreal's self-styled identity as a centre for innovative light use in urban spaces.

The seesaws that work emit random tones as they bob up and down, which in quantity become a euphonious burbling of sound. The effect isn't as jolly as it might have seemed on paper, and the seesaws' cold white light looks forlorn on concrete, as it may not have on the snow that usually covers Place des Spectacles in December.

In past years, Luminothérapie's projections were separate from the sculptural installation, but organizers this year chose one team (Lateral Office and CS Design, with EGP Group) to do both. The projections are supposed to "strengthen the narrative line" of the seesaws, and "to assert a strong, unified identity for the Quartier des Spectacles." The flashing rectilinear patterns do relate to the geometry of seesaws, but they're better at catching the eye than at holding the attention. Each animated loop ends with an enormous Quartier des Spectacles logo sequence, which confirms the feeling that Luminothérapie has become more a branding exercise than a creative one.

It's a hard job to enforce a unified visual identity on building surfaces scattered over a wide swath of downtown, especially one as chaotically lit as the area around Rue Sainte-Catherine. To try to do so with dispersed projections that cost $300,000 and are aesthetically uninteresting seems a waste. The competition includes the deep green towers of Complexe Desjardins, the blood-red seething façades of Art Actuel 2-22, and the old-school neon of several sex shops.

A garish trend in public lighting is also visible at City Hall, which since July has been bathed in interactive waves of coloured LED. There are just two colours alternating right now, seasonal red and green, and both give a harsh look to the building's neo-classical façade. They're no improvement on the traditional white flood-lighting still in use on the building's northern side, which enhances the structure's proportion and detail.

A similar plan was announced last summer for the Jacques Cartier Bridge, where an interactive LED system will send coloured waves of light rippling along the bridge by 2017. This piece of gee-whizery will cost a whopping $40-million over its 10-year expected lifespan.

The city's official lighting plan calls for illumination that expresses "an evocative night signature" that is "at once familiar and astonishing." Over the past decade, this has mostly come to pass in Old Montreal, beautifully so at the Sailors' Memorial Clock Tower, a glowing beacon which reminds us that for those on the sea, light could be a matter of life and death. But the Cartier Bridge project and City Hall's conversion into a Disneyland castle seem to signal that Montreal's idea of "an evocative night signature" is becoming corrupted by the spectacular possibilities of computerized LED.

Waves of innovation in public lighting have followed each major change in technology. Electric and flood-lighting led to a surge in experimentation in the 1920s, and to a view of the city as a theatrical space that could be dramatized with light and shadow. Another revolution arrived with LED, digitized lighting and the projection mapping that can animate huge, complex surfaces like the Sydney Opera House, during its annual Lighting the Sails event. Here the model is not the theatre but the cinema and CGI, with a dazzling transfer of motion and colour to urban surfaces. But light spectacle as a permanent and proliferating feature of street life only works if you want to be Las Vegas.

UNESCO designated 2015 as the International Year of Light, with a particular focus on the link between light and social development. It's estimated that during the quarter-century leading up to 2030, global use of artificial light will have increased by 80 per cent, mainly in the developing world. In that spirit, Baltimore's Light City, a festival of light and art scheduled for next spring, will also include a series of conferences meant to explore the social and political implications of a more luminous world.

By contrast, Montréal en Lumière, coming to the Quartier des Spectacles in February, looks like just another occasion to take the kids downtown, eat some food and listen to music. There's nothing wrong with that, but if Montreal is serious about being an innovative city of light, it should perhaps think beyond branding, tourism and spectacle. 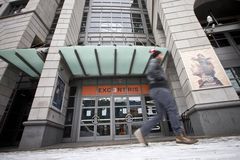 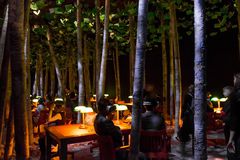 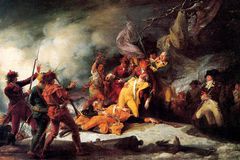