In an impromptu bit at the end of a video sampler of one of her theatre productions, Phoebe Greenberg sticks two latex ears sideways on her forehead and says, "We specialize in the theatre of the absurd," cracking up as the ears peel down and settle over her eyes like two pale hearts. That alone should tell you that Greenberg is not like any other millionaire art maven.

Greenberg is a seasoned actor who spent years touring all over Europe, a film producer whose credits include an Oscar-nominated feature and the founder of DHC/ART Foundation for Contemporary Art in Old Montreal, which in its six years has become one of the city's destination galleries. She's also the force behind the PHI Centre, a nearby arts centre that opened last spring, with which she is demonstrating a fluid new way of being an artistic producer and cultural citizen.

She has the wherewithal, as one of seven owners of Ottawa's privately held Minto Group. The family-built real-estate developer has given the Greenberg clan an estimated worth of $1.29-billion, according to a 2012 ranking of wealthy Canadians by Canadian Business magazine. But while other wealthy patrons might be content to give art or money to existing institutions, Greenberg has created her own place for displaying and producing art, across disciplines, including projects initiated by her.

"My thinking was that we could use these spaces to produce work and also create a dialogue with the public," she says, seated in the PHI Centre's sparse yet posh front gallery. At 50, with her dramatic black and gold clothes, and Goth-like curtain of black hair, she's a quietly imposing presence. "If you're working in music or cinema or contemporary art, you're often using the same digital technology," she says. "We're all plugged into the same language."

Hence the interlaced nature of the PHI Centre's facilities, which include spaces for art shows, concerts and film screenings, but also a recording studio and a digital editing suite that was described to me as "the brain" of the place. From that spot, almost anything that happens in the building can be brought together and mixed into something new.

"What Phoebe Greenberg is doing is an expression of a new level of sophistication in Montreal that was long overdue and is quite exciting," says veteran Montreal gallerist René Blouin. He places Greenberg among a new generation of highly active cultural philanthropists that includes Pierre and Anne-Marie Trahan, who have brought contemporary art into new social contexts at their vast Arsenal complex, in a former shipyard.

Greenberg's first PHI project was to memorialize the former crystal and chandelier factory in its unrenovated state, in a 12-minute short film she made with filmmaker Denis Villeneuve, whose Oscar-nominated feature Incendies lists Greenberg as one of its producers. Villeneuve's Next Floor, based on a Greenberg concept, depicts a grotesque dinner party at the end of the world and has won numerous festival awards since it was released in 2008.

"We wanted to leave a trace of what was here before we transformed the building," Greenberg says. For her, the reno wasn't just a matter of gutting and starting over, but of responding to what was already there, while anticipating what could happen if the right tools were put in place.

"I built this space, but I can't possibly imagine all that could go on here," she says. To help with that, she has assembled a team of people who are well plugged into the scene locally and internationally, across art forms and disciplines. She has begun inviting artists to come and work in the Centre for a month at a time, including filmmakers Godfrey Reggio and Guy Maddin, whose ongoing Séance project invites the kind of public interaction with artmaking that ranks high on Greenberg's agenda.

One of the Centre's first projects was an interactive piece, made entirely in-house, called Amentia, in which the movements of visitors in a small room triggered projected enactments of madness by actor Gaétan Nadeau. Theatre, video and the gallery-going experience came together through the intervention of digital technology.

Greenberg grew up in Ottawa, in a household of large personalities. Her father Irving co-founded Minto in 1955 and ran it for 11 years till his death in 1991; her mother Shirley is a pioneering lawyer and feminist who helped found the first Women's Centre of Ottawa. Phoebe briefly attended Concordia University in Montreal, then decamped for the École International de Thêàtre Jacques Lecoq in Paris and an itinerant career in physical theatre.

"My interest in visual art developed in France, because I tended to like artists more than actors," she says. "I travelled quite a bit to shows, had my socks knocked off at the Venice Biennale and thought that one day when I grew up, I would probably do something in contemporary art."

She moved to Montreal 10 years ago, bought a building across the street from what would become the PHI Centre, and turned it into a space where she could live with her young son and rehearse theatre productions with her company, Diving Horse Creations – the origin of the DHC gallery's initials. Compilation videos of her shows display a highly kinetic kind of theatre, in which heightened states of mind ripple through the actors' bodies. Her last project in that line was a pair of works in repertoire by Eugene Ionesco and Daniil Kharms, an absurdist Russian writer. Gaétan Nadeau, who played in those shows and was also the mad actor in Amentia, says Greenberg was "a real trouper," who threw herself into every aspect of the work.

From a theatre perspective, the idea of the PHI Centre as a place to bring different arts together seems quite normal. By taking a creative role in the activities that go on there, you could say that Greenberg is projecting a 19th-century figure – the playwriting actor-manager – into a 21st-century art space.

She says the PHI Centre's genesis benefited from her experience with the DHC gallery, which has had over 70,000 visitors since it opened. But the DHC is a not-for-profit entity that receives no money from admissions or any other outside source. (Blouin calls it "basically a gift to the people of Montreal.") The PHI Centre is a for-profit enterprise, which raises the question of whether and how such a place could make money, even with rentals for receptions and other private events.

Greenberg has been priming the pump, and stretches the place's muscles via projects like a music video she invited Slim Twig to make at the Centre last fall. "They had a full film crew there for him," says his manager Dara Kartz. "The shoot was extremely smooth, and they did all the special effects and post-production in-house" – all at no charge. Kartz reckons it must have cost around $20,000, not counting the time the Centre invested in helping to place the video where it would be seen.

Such ventures, and the word of mouth they generate, may speed the day when Greenberg can charge people for making videos at PHI. Another bankable asset is the Centre's networking depth. Designer Renata Morales, a PHI guest curator, has links to Arcade Fire that helped lead to a Leah Gordon photo exhibition and live event in support of band member Régine Chassagne's Haitian charity, Kanpe.

In short, as Greenberg readily admits, much about her script for the PHI Centre remains to be worked out, with a cast of players that is still arriving. Decades after she first stepped on a stage, her latest show is just beginning.

The next American auteur? She's a Toronto native living in Montreal
March 15, 2013 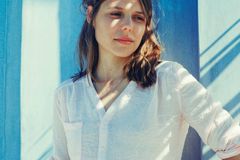 Free whisky in the Scottish Highlands? Artist Daniel Barrow drinks it all in
March 20, 2013 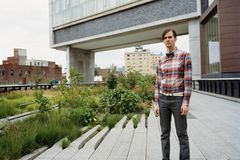 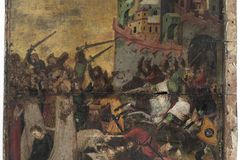