A new $100,000 prize for architecture – one of the world's richest – is about to launch, courtesy of one of Canada's most distinguished architects.

The Royal Architectural Institute of Canada and Raymond Moriyama are announcing Thursday the Moriyama RAIC International Prize – to be awarded every two years for a new building anywhere in the world. "The point is to raise the stature of RAIC internationally," says Mr. Moriyama, 84, from his home in Toronto, "and by doing so we should raise the stature of Canada architecturally and culturally – and then motivate Canadian architects to greater heights."

The prize, which includes $100,000 and a sculpture designed by Edmonton's Wei Yew, will be open to architects around the world, as well as anyone else who makes an "exceptional contribution to architecture." The first award ceremony takes place Oct. 11 at the new Aga Khan Museum in Toronto.

The winner will be selected through an open, juried competition, says Barry Johns of the RAIC. "We're intending to have an international jury," Mr. Johns says, which will help ensure the award has a strong global presence. "We hope to, after a while, have it on the level of the Pritzker Prize and the Lubetkin Prize. It's early days, but that is where we're aiming."

The criteria include design excellence, client satisfaction and quality of detail – all for one building or project. That separates the new award from the world's most famous architecture award, the Pritzker Prize, which offers an annual $100,000 for lifetime achievement and which has favoured stars such as Frank Gehry and Norman Foster. The Pritzker receives lots of media attention each year, but it has been criticized for perpetuating a global elite of architects whose works are not deeply rooted in the communities where they're built.

The new Canadian award will be aimed at a different set of ideals.

Mr. Johns says that the RAIC's award is deliberately "not a beauty contest. We're recognizing buildings that truly serve the communities in which they are found," he says, The prize will "reflect the values that are so important to Raymond: humanism, equality, inclusivity. These are the projects we're targeting."

Mr. Moriyama puts it this way: "It's for architecture that means more than just looks, that has a deeper quality. I am open to different ideas about what that is, as long as it is humanistic."

Mr. Moriyama, who retired in 2008, began his career in 1958, and he became one of the leading Canadian architects of his generation. Starting with Toronto's Japanese Canadian Cultural Centre in 1963, he moved into major Canadian public projects including the Ontario Science Centre, Science North in Sudbury and the Canadian War Museum in 2005, a project that capped his career and brought him full circle. During the Second World War, in 1941, he was interned along with his mother and two sisters in British Columbia; his father was in a prisoner-of-war camp in Ontario.

"Those events struck me really hard," he says. "And because I had decided to become an architect at age 4, the architectural ideas became mixed with those of social justice. Architecture has a higher calling. It is about more than looking beautiful, being well-proportioned."

"When I designed a building, I always thought of it as being open and comfortable for all people – of any ethnic origin."

Mr. Moriyama made an undisclosed donation to the RAIC Foundation to create the prize and fund its first round. The foundation has set a fundraising goal of $5-million for the prize's endowment; Mr. Johns says fundraising has begun and said he is confident it will be fully funded in time for the second award.

There are three student awards in addition to the main prize: three $5,000 scholarships for students at Canadian schools of architecture, based on a written essay. Those awards will be given in honour of the three architects shortlisted for the main award. "We wouldn't want to let people go home empty-handed," Mr. Moriyama says wryly. "That wouldn't be very Canadian."

And yet for all the emphasis on serving the public and humanism, Mr. Moriyama hopes this award will encourage aesthetic and entrepreneurial ambition among architects. Since he got the job to design the Ontario Science Centre at age 34, the profession has lost scope and influence. There are more good architects practising today in Canada than ever, but their role within the world of culture and the businesses of construction and real estate is much reduced. "Some of that is architects' own fault. They are undervaluing themselves." Mr. Moriyama says. "I would like to see them push themselves a bit higher." 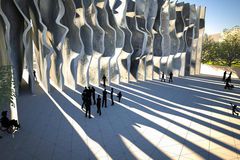 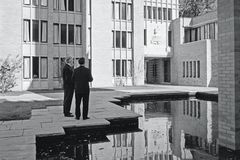 How two Canadian companies are trying to solve the riddle of prefab
January 29, 2014 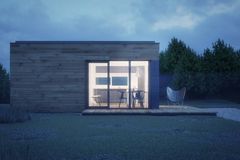 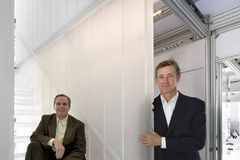 Toronto architects honoured for turning Saudi wasteland into parkland
November 24, 2010
Follow Alex Bozikovic on Twitter @alexbozikovic
Report an error Editorial code of conduct
Due to technical reasons, we have temporarily removed commenting from our articles. We hope to have this fixed soon. Thank you for your patience. If you are looking to give feedback on our new site, please send it along to feedback@globeandmail.com. If you want to write a letter to the editor, please forward to letters@globeandmail.com.
Comments