The National Gallery in Ottawa is sighing with relief and patting itself on the back after receiving the news that its big summer show, a survey of paintings by the late 18th-century portraitist Elisabeth Louise Vigée Le Brun, was seen by just more than 90,000 patrons.

That’s 20 per cent more than the 75,000 it was projecting before the three-month exhibition opened June 10. Further, gallery officials see the success as one more marker of the gallery’s improving circumstances and perhaps a harbinger of greater triumphs ahead. 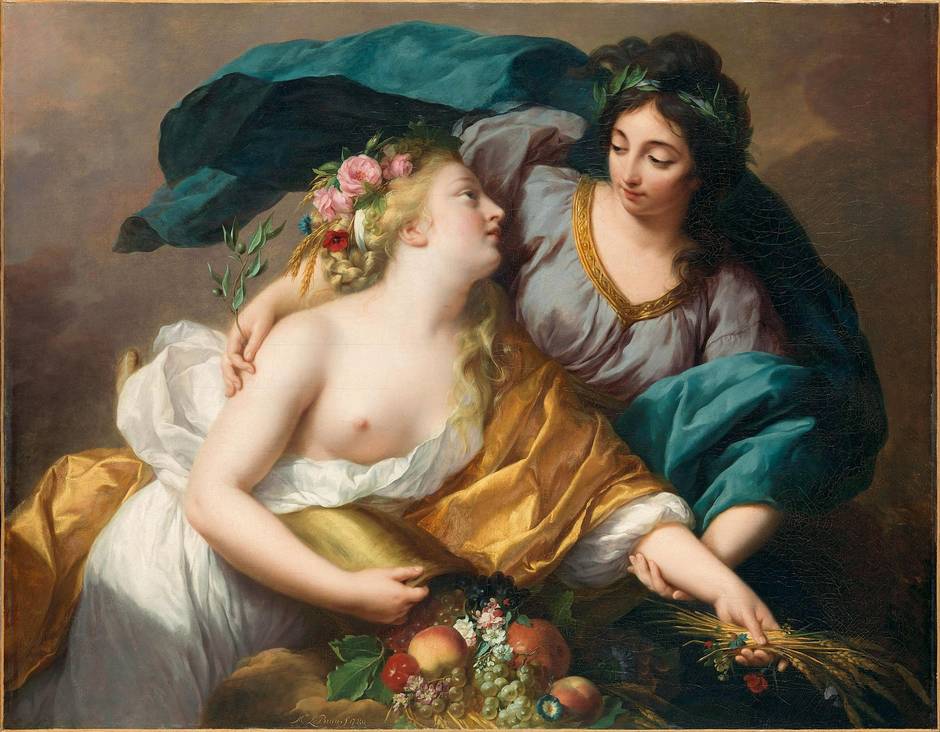 “A wonderful surprise” is how Paul Lang characterized the news in a recent interview. The gallery’s deputy director and chief curator, he also was one of the three senior curators of the roughly 90 works that made up Élisabeth Louise Vigée Le Brun (1755–1842): The Portraitist to Marie Antoinette, as it was called in Canada. Not only was attendance strong, the NGC sold every copy, both the French version and English, of the exhibition’s hardcover catalogue. “What makes me happy is that the people were really happy,” said Lang, 58, who joined the NGC in 2011 after a lengthy museum curatorship in Geneva. “There is something that happened around this exhibition, that’s for sure. It’s really a public success.”

The show’s good fortune certainly was no slam dunk. While Le Brun is, to Lang’s cultivated eye, “the most important female artist of the 18th century,” she was largely an unknown quantity on these shores. This was even true, to some extent, in her native France, where she’s been regarded, variously, as a society artist, a panderer to the pre-Revolutionary aristocracy and a reactionary beguiler. In recent years, though, her cachet has seen to be in the ascendant. She was, after all, largely a self-taught and self-made success, not to mention a rare female member of the Académie royale whose travels and talent took her into the highest circles of Russian, Swiss, English and Austrian society. 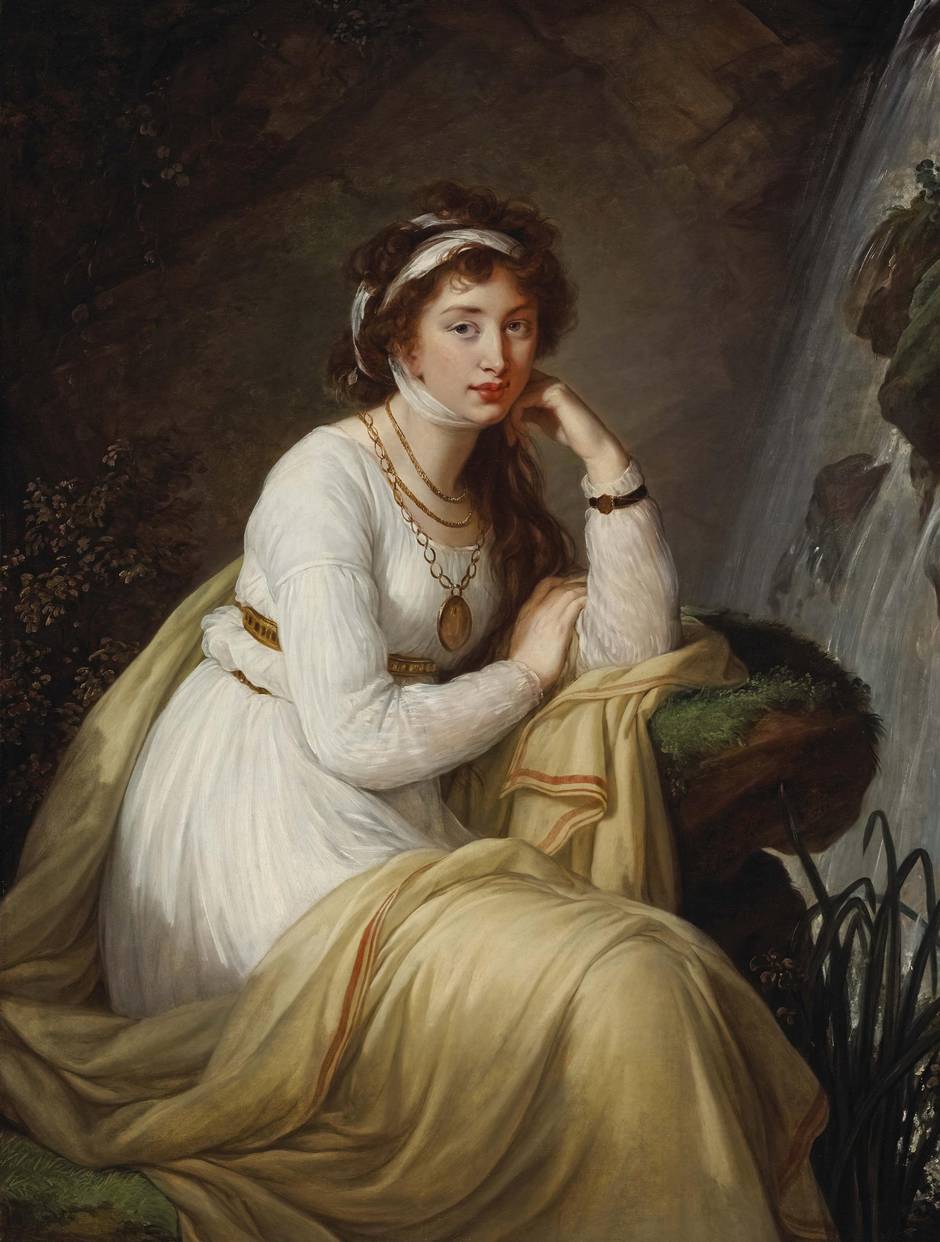 In short, a substantial touring retrospective seemed long overdue. Indeed, during its three-and-a-half month stay last year at the Grand Palais in Paris (the retrospective’s debut venue), the show drew 237,000 visitors. Its next stop, a February-to-May run this year at New York’s Metropolitan Museum, recorded 165,000 patrons.

The NGC has what could charitably be described as “mixed results” in both summer attendance and overall attendance in the past 10-plus years. While last year’s summer retrospective of Alex Colville was, with almost 114,000 paying visitors, an indisputable hit, its 2014 summer survey of the oeuvre of 19th-century French illustrator/painter Gustave Doré was a thumping failure: fewer than 50,000 attendees. The previous summer, an ambitious, path-breaking survey of international contemporary indigenous art, titled Sakahan, was similarly disappointing: just 60,000. 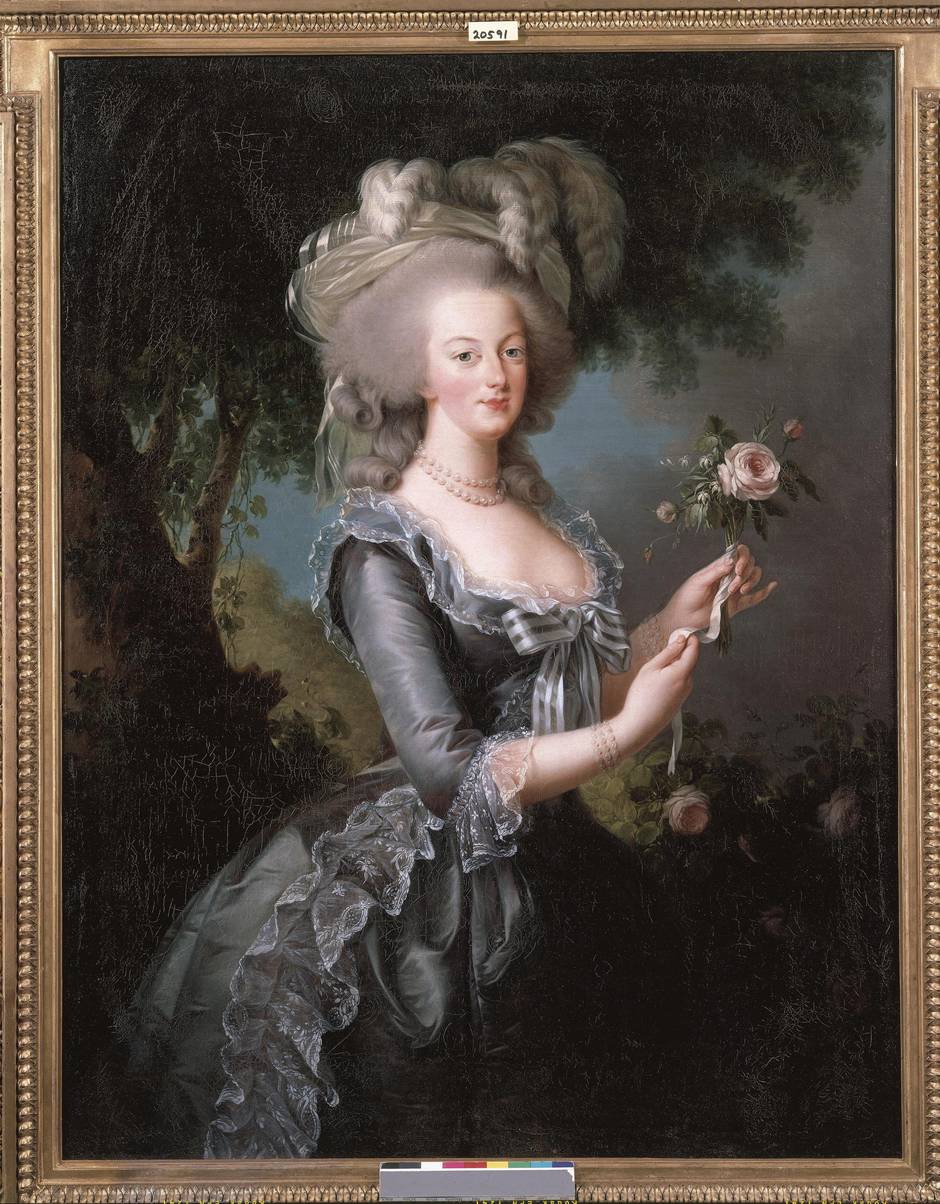 Of course, there have been successes – 2012’s Van Gogh: Up Close enjoyed slightly more than 230,000 visitors; Renoir Landscapes 1865-1883 scored 172,000 in 2007; Caravaggio and His Followers in Rome, from 2011, had almost 109,000. But you expect venerables of this ilk to send people through the turnstiles. Much more sobering was the attendance, in the summer of 2010, for Pop Life: Art in a Material World. An ample potpourri of modern and contemporary work by such high-recognition names as Warhol, Hirst, Koons, Haring and Murakami, it was a huge hit at London’s Tate but polled only 68,000 attendees during its three-month stay here.

Still, Lang is convinced the NGC is “on an upward trajectory,” especially in light of the back-to-back summer successes of Colville and Vigée Le Brun, not to mention the positive notices earned by recent non-summer presentations such as the Jack Bush retrospective and Monet: A Bridge to Modernity. 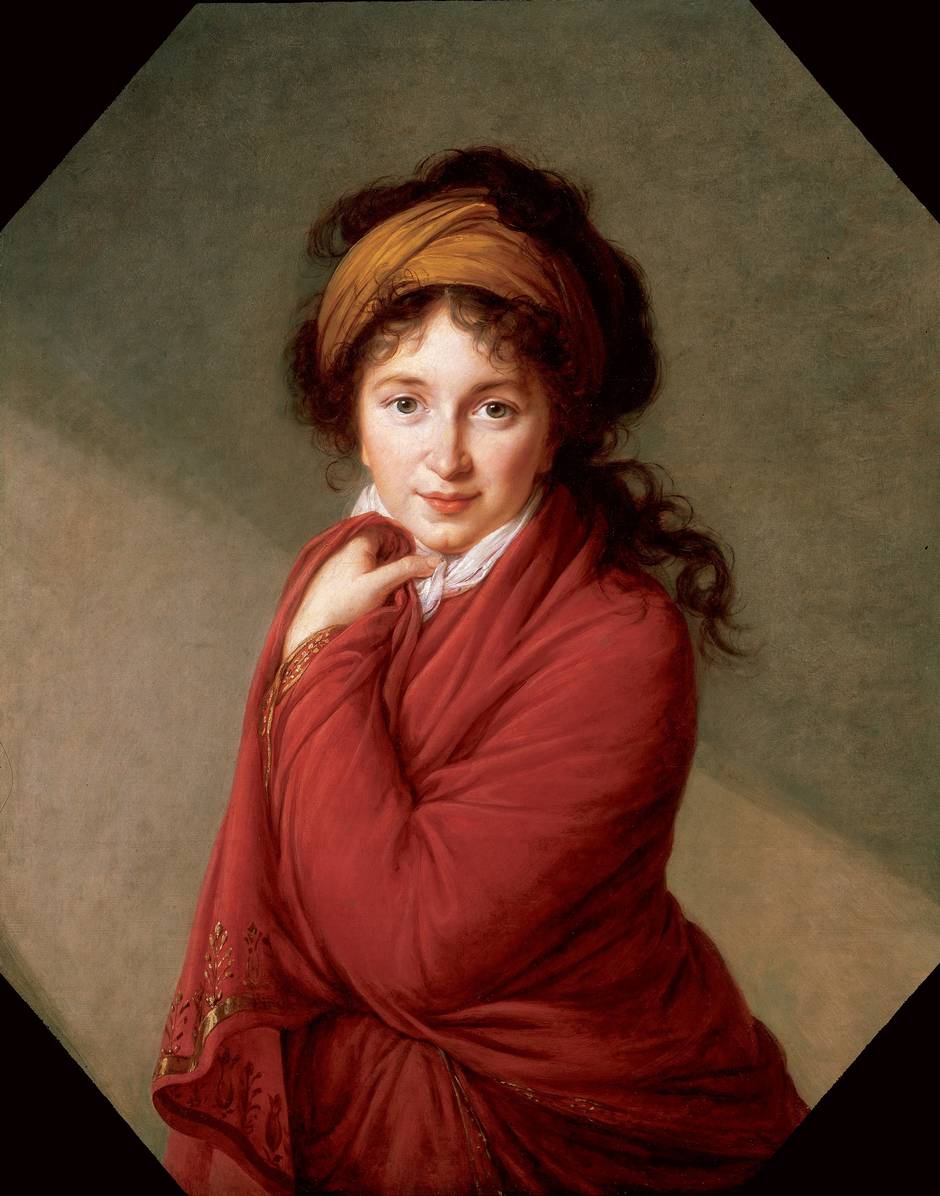 Lang was quick to attribute much of this renewal to “strengthened relations between curatorial and marketing” – the result, in part, of the NGC having commissioned in early 2015 a broad market research study by Ipsos Reid to get a fix on its local, regional and national audiences, both actual and potential. The first such comprehensive survey in more than 15 years, it found Canadians generally favourably disposed toward the NGC and keen to learn about other cultures and history through the art and complementary events it might present. Hence, at the Vigée Le Brun, the popularity of an ancillary, multifaceted presentation devoted to the “immodest” white muslin dress Marie Antoinette wore for a 1783 portrait. 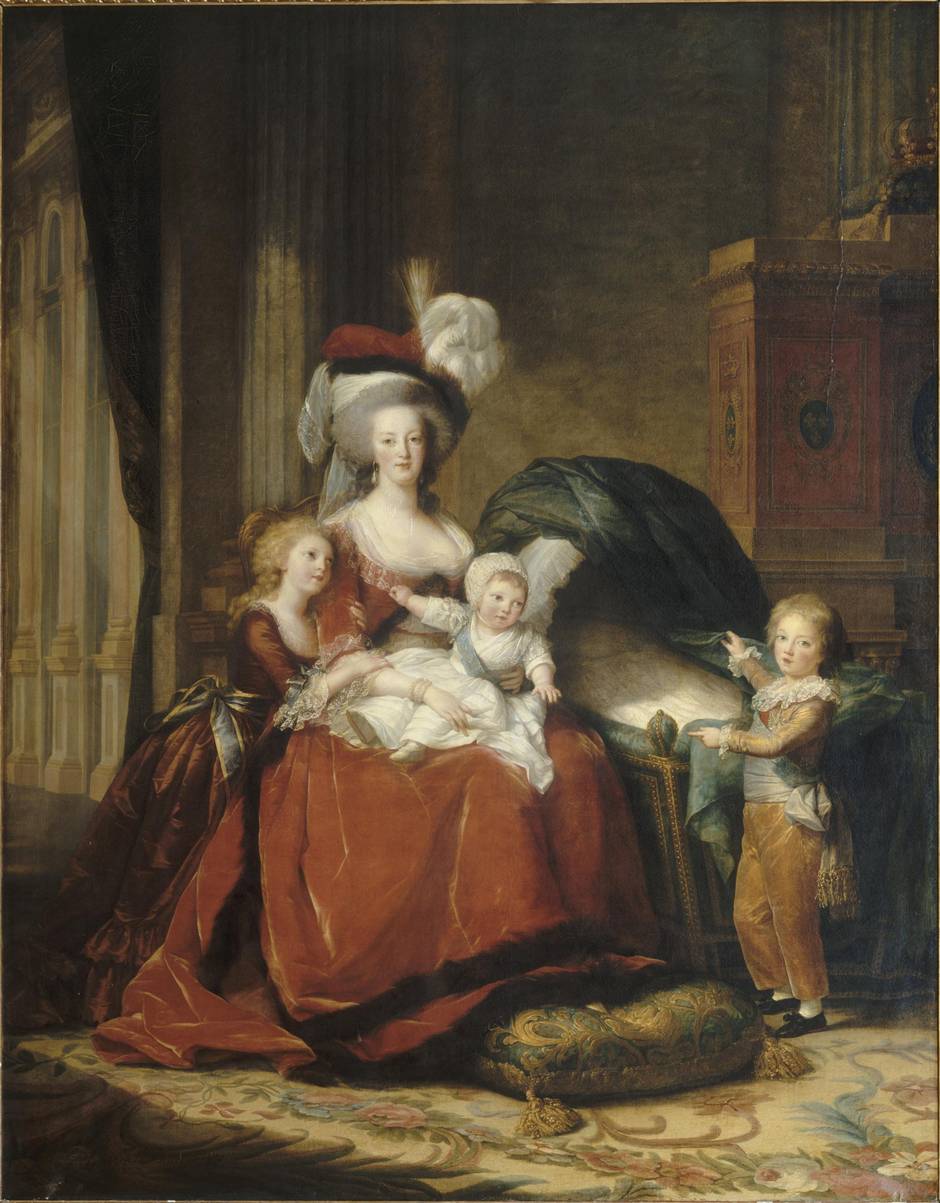 Admittedly, it’s unlikely the NGC will ever enjoy the mid-six-figure tallies it did in each of the seven or eight years after opening its Moshe Safdie-designed quarters in 1988. At the same time, Lang believes the years of annual attendance being well below 300,000 are “really behind us.” Certainly, guaranteed draws remain few and far between – but, as Vigée Le Brun demonstrated, audiences can be led toward (relatively) unfamiliar content. In its marketing and promotion, the NGC smartly stressed the artist’s spunk as a divorced, financially independent woman in a man’s world, her position as Marie Antoinette’s preferred painter and the soon-to-be-beheaded Queen’s status as Vigée Le Brun’s most famous sitter. Also, Marie Antoinette died at 37 – only a year older than that other young, doomed and tragic royal, Diana, Princess of Wales.

“Content matters, too, of course,” Lang said. “I don’t think you can be successful with a poor artist or with something uninteresting. The success of an exhibition … is to deliver something that is, in a way, already known, consciously or unconsciously, and something new. That’s the balance that has to be found. Completely unknown territory – we know that it is difficult.”

Another lesson learned, or at least reinforced, by the Colville/Vigée Le Brun tandem: “Our high season, unlike other museums in Canada or elsewhere, is definitely the summer,” said Lang. “And the summer will remain our high season, that’s for sure.”

For 2017, Canada’s sesquicentennial, this means visitors will be treated to a complete reinstallation of the Canadian and indigenous galleries. For 2018, there’s an epic exhibition of paintings by John Constable (1776-1837), plus “something else I’m not ready to speak about,” Lang said.