"Yes, there is a line to get into the Canadian Pavilion," a happy Marc Mayer, director of the National Gallery of Canada, was reporting Thursday afternoon from the 55th Venice Biennale. "So the word is out, and the comments I've heard have all been enthusiastic and congratulatory."

The biggest and most influential contemporary-art happening in the world, every edition of the Biennale (held every two years) since the early 1950s has had a Canadian showcase. This year's much-anticipated Canadian entry, which opened to art-world VIPs and media Wednesday, is Music for Silence, an ambitious, complex, mixed-media installation by polymathic Toronto artist Shary Boyle, 41, and curated by Ottawa's National Gallery. We caught up by phone with a tired, excited but nevertheless calm Boyle on the second day of the media/V.I.P. preview.

You've gone through the first press day. You've had the opening party [in the Icelandic Pavilion featuring all-female Toronto rockers Vag Halen and Winnipeg singer Christine Fellows]. The public opening is on Saturday. Time for that journalistic standby: How does it feel?

It's overwhelming, a bit shocking, in fact, and you're deeply exposed to a lot of strangers. But I think I'm getting through it all because I have this extraordinary support from friends, followers and fans that are here and at home in Canada.

I feel like I've done my job. So much of this experience for me has been a massive amount of work, really hard work, really long hours, seven days a week since September [2012]. So I'm dealing with a kind of crushing momentum that has been building and building and building. We were drilling the final light in on the morning before the pavilion opened, even though we've had six weeks of installation. Given all the planning and dreaming and engineering and physical labour, you can't feel the cumulative results of that in one day. It takes some time to have some perspective. Right now, I'm a bit in the middle of the whirlwind. I mean, there's 30,000 people here after what's been a private experience for me, with a small team, quite intimate. Now it's blown up in public.

You've seen this installation come together element by element. Does what you've created match the conception you've had in your mind?

This whole exhibit is so surprising to me. I've heard it commented on by many people who know me and who I described my plans to last summer – they're amazed at how exactly accurate to my intentions and sketchings the show has become. The work came to me so fully formed. I feel like within a week after I was here on my first visit [in June, 2012], I knew what I was going to do.

The biggest influence on the work itself is the architectural details. So I made a very particular kind of ceiling treatment that's almost carnivalesque, this kind of creped, black, heavy fabric that's draped from the ceiling. I had a wall of rather geometric forms dry-walled into a curved shape and painted black and dressed with hundreds of Swarovski crystals to repeat exact constellations. I have this lava-like black rubber floor that's changed the entire experience of walking in the pavilion and absorbs the light. I've created a real universe, I think.

Have you had the opportunity to tour other exhibitions and pavilions, or have you been pretty tethered to the Canadian site?

I've been scheduled from the moment this opened to the second you and I are talking now on the phone. [She laughs.] I've had no time. Moreover, many of the pavilions have really long lineups; you can't get in. So, like most of the other artists here, I'm dealing with my own responsibilities. Once it gets quiet – most of the people just come here for the press days, then jet out – I'm really looking forward to seeing some other work.

I know you're planning to go on a holiday later this month. Do you think you might return to Venice before the Biennale closes in late November and experience what you've done in calmer circumstances?

That's a real idea because there's a fair amount of fragile and delicate things in my exhibition [including porcelain sculptures, a 16-millimetre film, overhead projectors, vintage turntables] and there's a very maternal part of me that's concerned about leaving it alone. I have to trust the people on the ground here – who are really well-trained – to take care of my work. My travel schedule is pretty booked until September, so it's unlikely I'll come back. But I haven't ruled it out.

Your parents [who live in Scarborough, Ont., a Toronto suburb], I believe, are coming this weekend to Venice.

I'll be meeting them Saturday and I'll be giving them the personal tour on Sunday.

So not only are you having to be a featured artist, you're having to look after your parents.

[She laughs.] They're very thrilled. This is a really big deal for them and I'm really honoured that they're coming all this way.

Author Henry James, who was no stranger to Venice, coined the phrase "the madness of art" in 1893, two years before the first Biennale. Do you think that notion has some application to what's happening now?

Of course it does, especially this week. I've never been to the press days before because I'm not a fan of huge crowds and this kind of scene. And it's a real scene: There's a ton of money and status and fashion and gossip. It's a community, I guess, an international community that, in this instance, is pretty privileged. So, yes, it is mad! At the same time, it's fun people-watching and the people – curators, artists, collectors, writers – are very devoted and committed. Still, I'm going to be very happy to be in a quiet place again, to have some time to myself and not be owned by the situation.

Shary Boyle’s Music for Silence revealed at the Venice Biennale
May 29, 2013 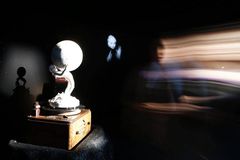 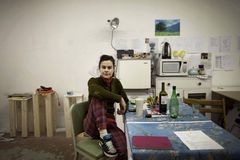 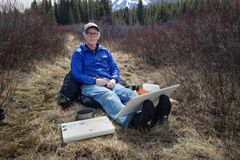