There's nothing like conceptual art to make you feel "dumb." That's the art that takes longer to read about than to witness; the art that takes up less emotional and sometimes physical space than its explanation does; the art whose primary power comes from its conception rather than from its existence. It often exists merely as a set of instructions, or as a one-off performance or a temporary installation. It's not meant to be something you can buy, although collectors do their best to undermine this precept.

In visual art, it began with the exhibiting of found objects – usually mass-produced objects – at the beginning of the 20th century. It has always been associated with text, as the writing about it could be said to constitute the art itself. In literature, it often takes the form of experiments with found text from old newspapers or recordings. A movement in poetry, called flarf, uses search engines to put together amusing collages of phrases found on the Internet.

The guru of English-language conceptual poetry right now is a New Yorker named Kenneth Goldsmith, a poet and theorist who has edited a couple of major anthologies of what he likes to call "uncreative" work. The title of one of the anthologies he co-edited – Against Expression – pithily summarizes his radical approach. He frequently links his practices with those of the great conceptual artists from the world of gallery art who preceded him in the sixties and seventies. He is currently the poet laureate of New York's Museum of Modern Art and just recently arranged performances there – sealing the affinity between this kind of thinking and art gallery spaces.

He entertained the non-academic masses recently with an essay, published on the website The Awl, on the connection between conceptual writing and – his words – "deliberate dumbness." His idea of what is dumb will make your head swirl with its clever paradoxes and inversions. It's a Mobius strip of thinking. Anyone who writes a manifesto in favour of stupidity – especially someone who usually writes with ease about art history and détournement and Bourdieu – is obviously very carefully clever, and this disingenuousness may make you lose heart in all further investigation of this matter.

I should admit here that I actually love his work and his usually clear writing on it. I like all kinds of poetry. It seems unnecessary to take sides here, but poets seem to insist that one must – they are constantly writing manifestos and caustic essays about choosing sides, lyric or avant-gardist, as if one can't like both.

I get the connections between artists he's making here – they all have a certain detachment from the obviously esthetic – but still am not sure what he means by dumb.

He opposes purely conceptual gestures to clever ironic practices (the hipster variant of smart dumb – "McSweeney's, Miranda July, Ira Glass, David Byrne" – which he doesn't like), and to "smart smart," the complex, overtly intellectual practices of people like Christian Bok (which he does like). But he is dissatisfied with the merely smart: "Smart is always looking over its shoulder. Success or failure, win or lose, smart trades in binaries. Smart is exhausting – and exhausted." This is why dumb (purely conceptual) art is the best reflection of contemporary society. "I want to live in a world where the smartest thing you can do is the dumbest," he writes. "I want to live in a world where a fluorescent tube leaned up against a wall is worth a million dollars."

Well, he should be happy then, as that's already the world.

Some of Goldsmith's work is on display at the large show of conceptual "writing art" on display at The Power Plant gallery in Toronto until Sept. 2. The show is mostly work from the visual realm – artists who happen to work with printed letters – with only a couple of poets. On the whole, it's an art show, not a poetry show, a collection of large-scale graphics meant for wall display. The works are mostly cryptic, so of course visitors turn to the tiny squares of explanatory text next to each piece, reading them closely to see the idea behind the piece. Then, once the viewers "get" it, they give a second quick glance at the large piece of mostly blank paper on display, and move on the the next small square of text. Most people end up spending more time on the didactic panels than they do on the art, which is fair enough, since conceptual art is all about reading anyway, and this show is doubly about reading. It's a way of spending your day that will not make you feel moved or emotional or possessed of a greater truth about the sunshine and the lake that everyone else is sitting beside, outside, but it will make you feel extra smart.

The poets' work is generally more interesting than the artists', but maybe I'm biased there. Christian Bok has a fragment of poetry displayed that was "written" by reproducing bacteria encoded with words, along with a large plastic model of the poetic molecules themselves (part of his incredibly ambitious Xenotext project); that is pretty damn cool. The poem has actual words in it and they are evocative. But, see, that kind of meaning, even when generated by aleatory combinations, is the old-fashioned part, the meaningful part, the part Goldsmith would call smart smart.

Goldsmith has covered two vast walls with the written transcript of every word he uttered over one week; it is visually striking, a cathedral of text, but impossible to actually read in this disposition. Here is his argument about the dumb – the unaltered, unedited, unfiltered streams of words that we are daily exposed to, but reframed, seen in a new and strange light – perfectly represented.

Some of the other artists' work is visually arresting, too, such as Derek Beaulieu's representation of the Calgary Herald as blocks of colour instead of text. A lot of the rest of the work reaches such stupefying depths of boredom and aridity that I really don't know if Goldsmith would call it overly smart (not a good thing), hipster smart dumb (a bad thing) or genuinely smart dumb (the apex of the progressive and liberating). An example: The artist Jen Bervin has reproduced, as embroidered textile, some of Emily Dickinson's handwritten manuscript pages, except she has eliminated all the words, leaving only punctuation and editing marks such as dashes. The result is so deeply uninteresting it might just qualify as perfectly dumb dumb.

See? It is extremely difficult to argue convincingly that conceptual art – even that which is, in Goldsmith's words, uncreative or against expression, art that reappropriates, recycles and bores – is a deliberate dumbness when it is presented in white-walled galleries with pages of dense text to explain it. It comes across as the smartest of the smart smart, the product not of popular culture and the Internet but of universities, and as a result is not as much revolutionary, popular, subversive or futurist as good for you. Like any lecture.

The pristine dream world of designer sneaker culture
July 24, 2013
Why artists are not actually mad but just artistic
July 31, 2013 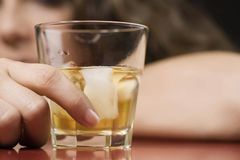 Ontario brothers buy painting on eBay that could be worth millions
August 3, 2013 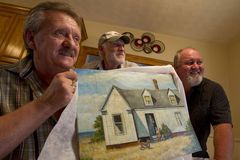