Marcel Duchamp has been very much in the news this year – and not just because 2017 was the 100th anniversary of the first exhibition of his most scandalous "readymade" sculpture, a mass-produced urinal he submitted to an art exhibition with the title Fountain. That action opened up the "but is it art?" conversation that we have been grappling with ever since. And this whole year has been a year of re-examination of the French-American artist's work, a year of wondering if he was more than the world's first conceptual artist, perhaps an even more devious thinker than was ever thought.

A recent book on Duchamp's lasting influence on contemporary art is a good place to start. Some Aesthetic Decisions: A Centennial Celebration of Marcel Duchamp's "Fountain" (Skira) is the catalogue of an exhibition of the same name that was up for much of last year at the NSU Art Museum in Fort Lauderdale, Fla. Curated by Bonnie Clearwater, it focused on responses to Duchamp's "readymades" in the 20th and 21st centuries, and art that continues his preoccupation with the reframing of the banal and the found.

Many artists have made direct references to Fountain, by recreating the famous urinal in their own materials – Sherrie Levine made a shining bronze copy of the urinal in 1998, called Fountain (Buddha), enshrining it as valuable and sacred. Mike Bidlo made a bronze recreation of it in 2015 that looks as if it has been shattered and glued together (possibly a reference to the story that someone deliberately smashed the original just after it was made). Most seductive of all these homages is Rachel Lachowicz's sculpture Lipstick Urinals (1992) – three urinals in a row on a wall as if ready for use in a men's washroom, but made out of waxy red lipstick.

Other artists in the show (and book) took the idea of the readymade in famously fertile directions. There are Andy Warhol's handmade and silk-screened Brillo boxes – things that look like found cardboard boxes but aren't. There is Joseph Kosuth's 1966 neon sign that spells out "AN OBJECT SELF-DEFINED" – a piece of art that is itself a definition of art.

What much of the recent discussion of Duchamp shows is that his symbols were always more subtle and more complicated than they appeared – they were more than just symbols. A paradox of Fountain, for example, is that the original was never actually exhibited in a show (it was refused for its "indecency") and all we have ever known of the original is a photograph, taken by Alfred Stieglitz. In a sense it is that photograph that is the original. "The original" is of course an inapplicable concept, since it was supposedly a mass-produced object, but the fact that we must talk about it that way shows how magical it became once signed with a (fake) artist's name. (Duchamp signed it "R. Mutt," a name that sounds a lot like the German word Armut, poverty.)

In later years, Duchamp had several facsimiles created for exhibition in galleries. The amusing irony here is that, of course, all of these were not mass-produced, but painstakingly handcrafted. They are old-fashioned sculptures.

Because of mind-twisters such as this, a whole secrets-of-Duchamp industry has arisen, rather like the Kubrick fans who see endless hidden symbols in The Shining. Historians are puzzled by the fact that the ironworks where Duchamp claimed to have bought his urinal in New York did not, at that period, make or sell that particular model. So was it a readymade or a handmade from the start? Was it a hoax of a hoax?

The writer John Higgs argued in a 2015 book that Fountain was really the conception of the Baroness Elsa von Freytag-Loringhoven, a friend of Duchamp's. The fact that the real artist behind the stunt may have been female adds impact to the fact the Duchamp's alter-ego was a fictional (female) character called Rrose Sélavy.

And in the most dreamlike twist on Duchamp's legacy, the artist Serkan Özkaya did an experiment with Duchamp's last work, a tableau vivant called Étant Donnés. This was an odd work to start with – it was completed in secret over 20 years, after Duchamp had announced he was giving up art altogether. Étant Donnés is a dream-like scene with a naked female mannequin, visible through a peephole. Özkaya guessed that the peephole might actually serve as a camera obscura – that it might project an upside-down image of the scene if properly lit. He recreated the whole piece on a smaller scale, put a screen up in front of the viewing hole and, lo and behold, a murky image was projected. And some – the true believers in the mystery and magic of Duchamp – claimed to have seen in this image a resemblance to Rrose Sélavy.

It's not at all clear that this was what Duchamp intended. What has become clear in 100 years is that his simple gags were anything but. The idea that he was the most influential artist of the 20th century only grows more convincing. 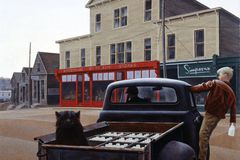 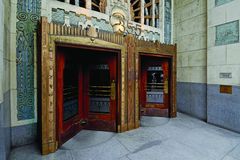 How contemporary ceramics designers are pushing the craft forward
November 21, 2017 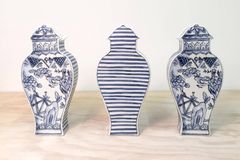