Six design teams – including globally renowned architects and artists – have revealed their visions for a new Canadian Holocaust Monument in Ottawa.

The monument, commissioned by the federal government, is planned for a site across the street from the Canadian War Museum. The museum hosted a public presentation of the proposals from the six shortlisted design teams last week. The six are the shortlist from an international design competition launched last May.

The entrants include a high level of Canadian and international talent. The best-known names on the list are architect Daniel Libeskind, who designed the Jewish Museum Berlin and, in Canada, the Royal Ontario Museum's controversial 2007 expansion; and David Adjaye, the Tanzanian-born British architect who is a rising global star.

The memorial in Ottawa is on a blank slate: a triangular site at the corner of Wellington and Booth streets, which is now empty. The federal government contributed the land and will fund $4-million of the project costs; a fundraising council is aiming for another $4.5-million in private donations.

The six proposals are: 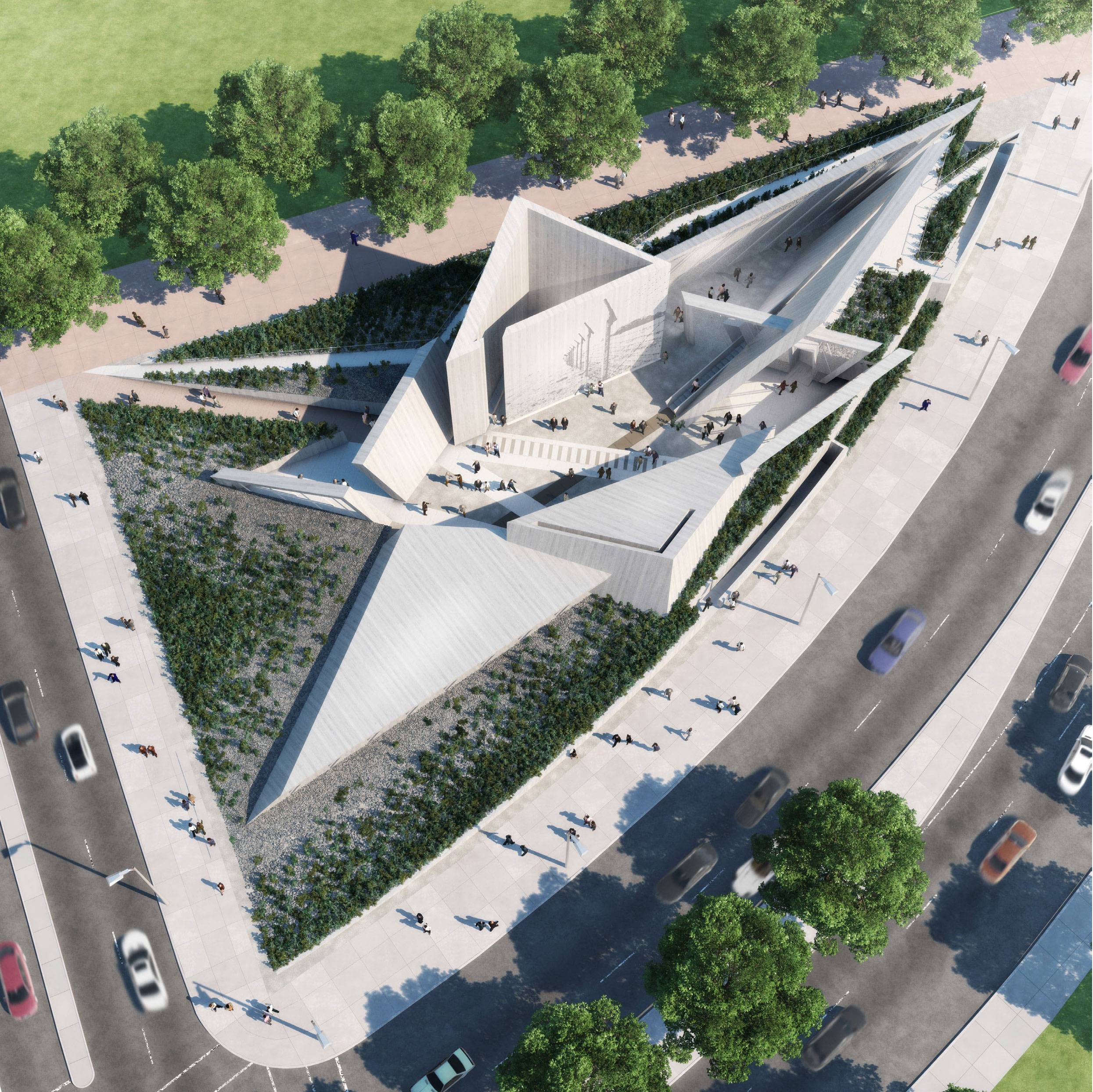 A “journey through a star,” by the team of Libeskind, landscape architect Claude Cormier, photographer Edward Burtynsky and museum planner Gail Lord. Libeskind has designed a structure that, seen from above, resembles a six-pointed star, the symbol of Jewish identity that in the hands of the Nazis marked victims of extermination. Different zones within represent different psychological and historical themes – including a “Dead End” and a “Sky Void.” Photographs by Burtynsky of Holocaust sites would be embedded into concrete. 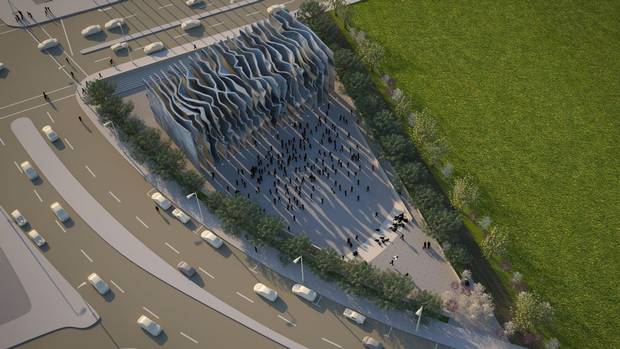 An array of thin, undulating walls, by Adjaye with the Israeli artist and architect Ron Arad, landscape architect Janet Rosenberg and art consultant Irene Szylinger. This design would create 22 pathways, one for each country in which Jewish populations were decimated by the Holocaust. It is the most abstract and the most purely sculptural of the proposals. Its headline designer, Adjaye, is leading the design of a new National Museum of African-American History and Culture on the National Mall in Washington, D.C., one of the most significant public projects in the world.

A rising ‘landform,’ pierced with ‘squares of sky,’ from Montreal architect Gilles Saucier of Saucier + Perrotte and artist Marie-France Brière. This proposal is for a monument with two levels: one set into the ground, and symbolizing the dark history of the Holocaust, and a higher level planted with native plants.

A ‘broken world,’ from a team led by Iranian-Canadian architect Hossein Amanat and artist Esther Shalev-Gerz. They propose a half-sphere – a ‘broken world’ faced in white marble and 14 metres tall. It’s surrounded by a curved wall of marble (intermittent to allow placing of stones) that is capped with native grasses and shrubs. 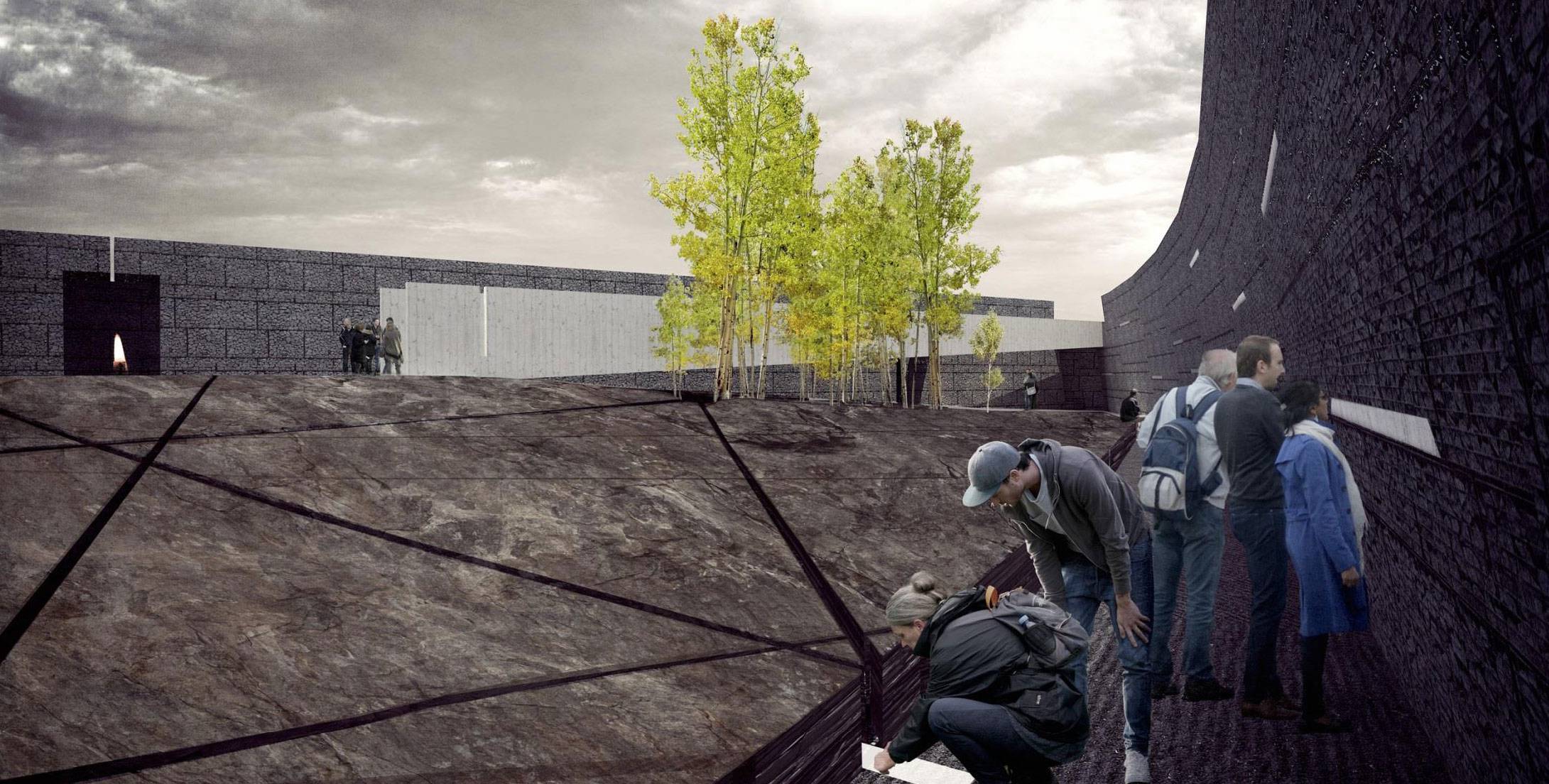 An “excavation of the bedrock,” by the Massachusetts-based artist Krzysztof Wodiczko and architect Julian Bonder. They propose to expose the bedrock of the site, and build a sunken plaza in which aspen trees would be planted with a mixture of Canadian soil and soil from the homelands of Canadian Holocaust survivors. 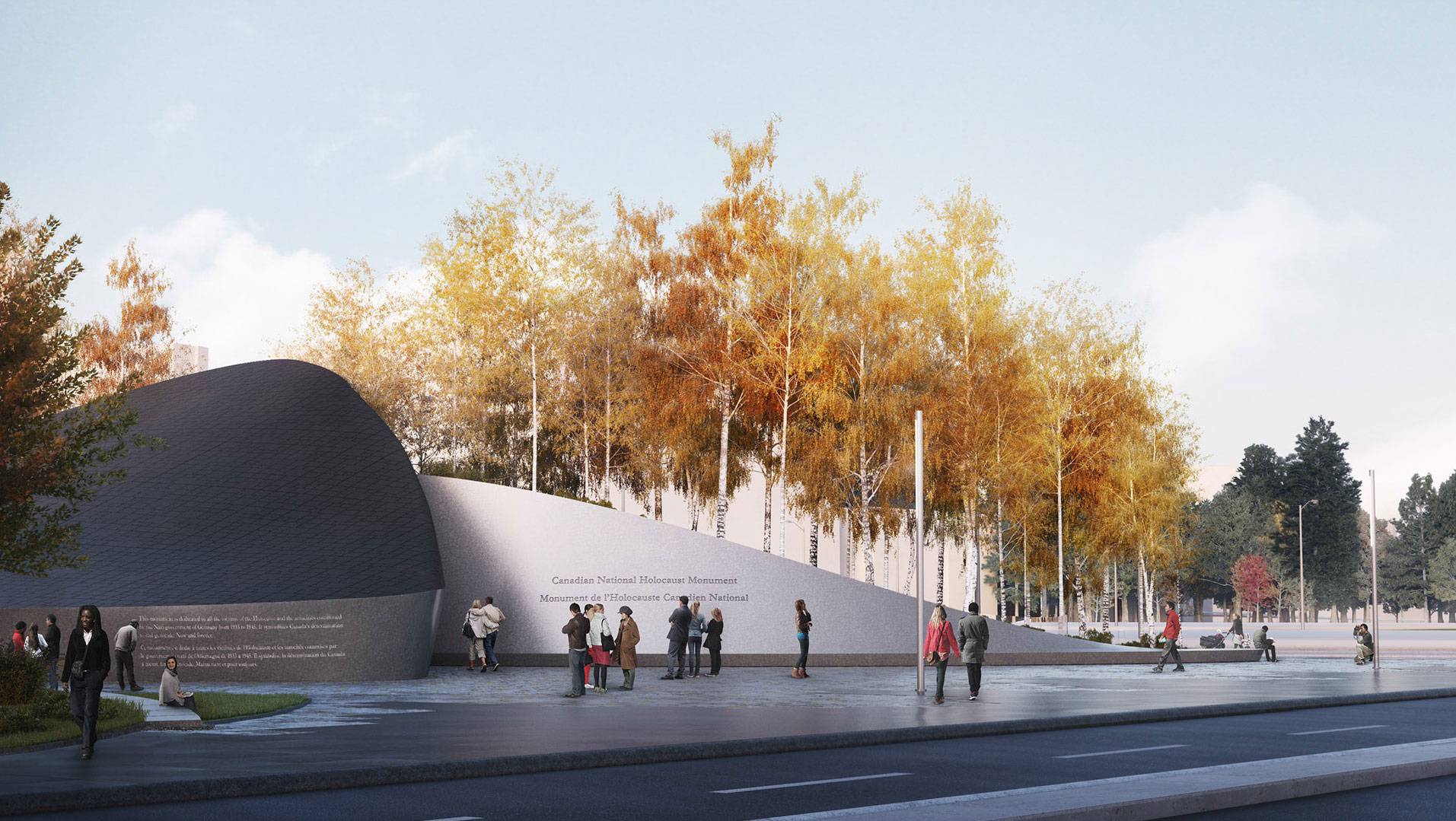 A multi-sensory proposal from a team led by Les Klein of Toronto’s Quadrangle Architects, with lead design by landscape architect Jeff Craft of SWA Group. It includes an 11-metre-high granite form that transitions from black to grey granite and then to white limestone; another stone form that carries a small birch forest; and two art installations: a multi-channel video by Israeli artist Yael Bertana that will include objects linked to Jewish life before the war and an audio installation by the Scottish artist Susan Philipsz.

A jury will recommend one of the shortlisted designs, and a announcement of the winner and groundbreaking are planned for this summer.