The new $134-million campus for the Emily Carr University of Art + Design – a project that has the potential to change Vancouver's urban landscape – has reached an important milestone. Proposals for this large-scale project has been narrowed down to three.

"We have a very strong architectural community in Canada [that] we often tend not to respect," says Emily Carr University president and vice-chancellor Ron Burnett. "I think this is a good sign that these three made it through."

Because the project is a public-private partnership, proponents responded to the request for qualifications (RFQ) in teams, each providing evidence they can design, build, finance and then maintain the project for 30 years. Eight national and international teams submitted applications. The P3 process is carefully controlled; Burnett, who sat on the governing committee, had not seen the detailed applications submitted by the shortlisted groups, and did not know who the unsuccessful applicants were.

Diamond Schmitt boasts cultural projects including the recently opened New Mariinsky Theatre in St. Petersburg, Russia; La Maison Symphonique de Montréal; and the Four Seasons Centre for the Performing Arts in Toronto. Bing Thom is well known in Metro Vancouver, where projects include the Surrey City Centre Library and the Chan Centre for the Performing Arts. Internationally, Bing Thom designed the Arena Stage at the Mead Center for American Theater in Washington, and is now working on Hong Kong's Xiqu Centre, scheduled to open in 2016. Past projects by Zeidler Partnership Architects include Vancouver's iconic Canada Place, Mississauga's Living Arts Centre and the recently completed Calgary skyscraper – the city's tallest – known as The Bow.

Emily Carr – which was founded in 1925 as the Vancouver School of Decorative and Applied Arts – is planning to leave its outgrown Granville Island facility (with the exception of a small "legacy space") for a new campus farther east. The Great Northern Way campus will be located in a part of East Vancouver that has attracted a number of commercial galleries and is the site of the Centre for Digital Media, run jointly by four post-secondary institutions – UBC, SFU, BCIT and Emily Carr – but is otherwise a fairly unremarkable dead zone. The new campus – approximately 26,700 square metres – will no doubt change that, eventually bringing as many as 2,200 students to the neighbourhood and altering the dynamic of the city, says Burnett.

The move also positions the university, which already boasts an impressive list of alumni as a potential top international school for media arts, design and visual arts, and as a key hub for the creative economy.

The bulk of the funding – up to $113-million – is coming from the provincial government. Local philanthropist and art collector Michael Audain has pledged $5-million and there have been additional funds raised, according to Burnett. A capital campaign will be launched next spring.

The RFQ states that the campus should be "an environment where dividers, walls and corridors transform the interior into an ever-changing, museum-like environment of display that encourages accidental encounters, conversation and engagement among all members of the community." The winning team will be required to use wood in the construction and build the facility to achieve LEED Gold certification.

A request for proposals will be issued to the three shortlisted teams in September, with a winning design selected in 2014 and a contract awarded by the summer. Construction is to begin in the early fall of 2014 and the new university campus is expected to be completed in 2016. 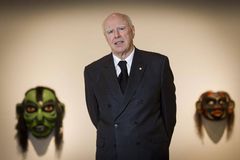 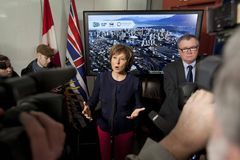 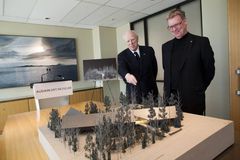