London's ArtReview, one of the most influential magazines in the international art scene, recently ranked Her Excellency Sheikha Hoor al-Qasimi of Sharjah (United Arab Emirates) 48th in its annual Power 100 list of Who's Who in the contemporary art cosmos.

At 35, Qasimi seems awfully young to be placed so high (in fact, she first appeared on the list in 2010, ranked 90th), and on the telephone the other day from Chicago she sounded even younger. But when you take her family background, education and accomplishments into account it all makes sense. She's the youngest daughter of Sharjah's hereditary lifetime ruler, Sheikh Dr. Sultan bin Mohammed al-Qasimi, 76. She moved to London in her late teens to earn a BFA in painting at the Slade School of Fine Art, then later an MA in curation from the Royal College of Art. At just 22, she curated the sixth Sharjah Biennial, turning what some called a "vanity project" concocted in 1993 by her dad, the billionaire emir, into a serious international showcase.

Six years later she was creating and helming the Sharjah Art Foundation (SAF) which, in addition to running the Biennial, has initiated a broad range of art and culture programs, conferences, residencies, commissions and exhibitions in the UAE and throughout the Gulf region. The SAF also hosts the March Meeting, an annual networking/discussion session on where art is going in the Arab world. Earlier this year, Qasimi was at the Venice Biennale helping oversee the installation of the more than 100 works by 15 artists she'd curated for the Emirates pavilion. Indeed, she was the first Emirati national to curate at Venice. The presentation, 1980-Today: Exhibitions in the United Arab Emirates, marked only the fourth time the Emirates have participated in the Biennale, generally regarded, with Kassel's Documenta, as the world's most important art hullabaloo.

All this is just a long-winded way of saying Qasimi likely will have a lot to say the evening of Nov. 10 in Toronto when she delivers the 10th annual Eva Holtby lecture on contemporary culture at the Royal Ontario Museum. It's Qasimi's second visit to Canada's largest city – but since the first occurred when she was five, she's not exactly arriving flush with memories. Conversant now in at least seven languages, she said she's "very grateful" for the opportunity to come to Toronto, confessing, "I don't know the scene at all. I know a lot of artists who live in Canada of different backgrounds but I see them in other countries like Dubai. So it's interesting for me to finally come here."

No one's going to say she doesn't get around. Besides a quick visit to Chicago, in recent days she's been in New York and Pittsburgh. After her Toronto stay she's returning briefly to Pittsburgh, followed by an appearance Nov. 12 at the Middle East Institute in Washington to receive the Issam M. Fares Award for Excellence. Then it's to Beirut to attend Home Works, a multidisciplinary forum on cultural practices held every two years.

Asked her assessment of the Venice Biennale, which closes Nov. 22, Qasimi allowed that "it went very well." The Emirates' presentation was rather unusual in its focus on past artistic achievements in the UAE rather a genuflection to the contemporary cutting-edge adopted by most countries. "When they invited me [to curate], I knew what had to be done, [namely] to remind people of this history that a lot of people in the arts in the UAE don't seem to know about. I wasn't sure about the artists' reactions since I would be placing very successful ones besides artists who've been completely forgotten. But it went better than I planned." After it's taken down in Venice, the exhibition will be remounted in Sharjah next February in the Flying Saucer Complex, a former bakery and chicken restaurant, constructed in the 1970s by her father and since converted by the SAF into an exhibition space.

The Persian Gulf states, it seems, are awash in Western art and keen to become an international culture centre. Qatar, for instance, is now home to Gauguin's Nafea faa ipoipo (When Will You Marry?) and the last privately held iteration of The Card Players by Cézanne, among other masterpieces. In the meantime, in Abu Dhabi, construction continues on both the Guggenheim and Louvre franchise buildings, the Guggenheim a Frank Gehry design, the Louvre by Jean Nouvel. While some contemporary Arabic-speaking and/or Middle Eastern artists have gained a measure of fame in the West – here one thinks of Mona Hatoum, Suleiman Mansour, Hassan Sharif, Saloua Raouda Choucair – for the most part they remain little exposed. It was only last year that The New Museum became the first New York art institution to host a museum-wide exhibition of contemporary art from the Arabic-speaking world.

Qasimi said, "A lot of [Western] institutions visit and scout and do research and find interesting work" in the region, work that sometimes has appeared in the Tate Modern and the Museum of Modern Art. "But there's this problem with packaging artists into one geographical definition … Is it Middle East to what? Or is it Middle East, not Africa? Or if you are Middle East, are you including other countries like Turkey and Iran? Or if you're looking Arab-wide, then you have to include North Africa because that's also Arab. Then Sudan is also Arab." Real-world politics – including the Palestinian-Israeli conflict – also have inhibited the dissemination of contemporary Middle Eastern/Arabic art in the West, especially art with a political edge.

Observed Qasimi: "I've been trying to tour some exhibitions we've done on Arab artists living, let's say in America or elsewhere, and offering these exhibitions to institutions in the cities that the artists live in. But then you hear 'Oh, it's our board … ' or 'We have to do due diligence … ' or 'We're not sure … ' It's really complicated." Sometimes, however, things do work out. She told the story of Salah Hassan, a Cornell University professor, who spent more than 10 years trying to curate an exhibition of work by the pioneering Sudanese modernist painter Ibrahim el-Salahi (born 1930), now living in Britain. "Nobody was interested" until Qasimi heard about it. In 2012 the SAF mounted an el-Salahi exhibition which in due course was seen by Jessica Morgan, a curator with Tate Modern (and now director of Dia Art Foundation in New York). "She loved the work" and eventually arranged a partnership between the Tate and New York's African Center (formerly the Museum of African Art) to show it in London and Manhattan.

As one of the seven Emirates, Sharjah is, of course, an oligarchy swaddled in Muslim piety and therefore inherently conservative. By contrast, contemporary art, at least in the West, is nothing if not rambunctious, irreverent, iconoclastic. Does Qasimi ever feel tension between the two? "Not really," she replied, "I've grown up in the art scene in Sharjah and the art scene in the West. And, to be perfectly honest, just to be working with a public institution like the SAF, things that are too sexually graphic, that's one thing that we can't show because you have no control over who's visiting." At the same time, she insisted "we really push the boundaries a lot" with respect to femininity, sexuality and politics, but it's a slow and gentle push. As she once told The New York Times: "You don't start a debate by offending someone."

Hoor al-Qasimi delivers the 2015 Eva Holtby Lecture on contemporary culture at the Currelly Gallery in the Royal Ontario Museum, Toronto, on Nov. 10 at 7 p.m. This is a ticketed event (rom.on.ca). 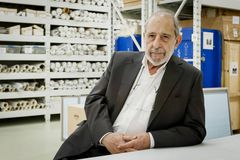 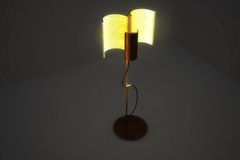