Likely the best time to see Tattoos, the newly opened exhibition at the Royal Ontario Museum, will be when the days get warm and sunny. Patrons of the Grand Old Dame at Toronto’s Bloor Street West and Queen’s Park will be in T-shirts and shorts, the better for many of them to expose the tattoos they’ve kept covered over the winter.

The tattoo is, after all, a folk art, an applied art, a mobile art, “an outer ornament of inner feelings.” You don’t have to go to a museum to see the tattoo equivalent of, say, Roy Lichtenstein’s Girl with Ball. All that’s required is to hang on a busy downtown street corner, visit a shopping mall, head to the beach, attend a PTA meeting. Sooner or later (and these days it’s likely to be sooner), some bodies are going to show, tattoos flashing on their legs, biceps, back, neck and/or ankles. One of those bodies might be your own.

Canadian rock band Chilliwack once sang: “If there’s no audience, there just ain’t no show.” It’s a sentiment that has particular pertinence for Tattoos, which brings its photographs, videos, paintings, paraphernalia and silicone “skin” torsos and appendages to the ROM after a lauded five-month stint at its originating institution, the Musée du Quai Branly in Paris. There, it was called, simply, Tatoueurs, Tatoués (Tattooers, Tattooed); here, it’s freighted with a subtitle: Ritual. Identity. Obsession. Art. 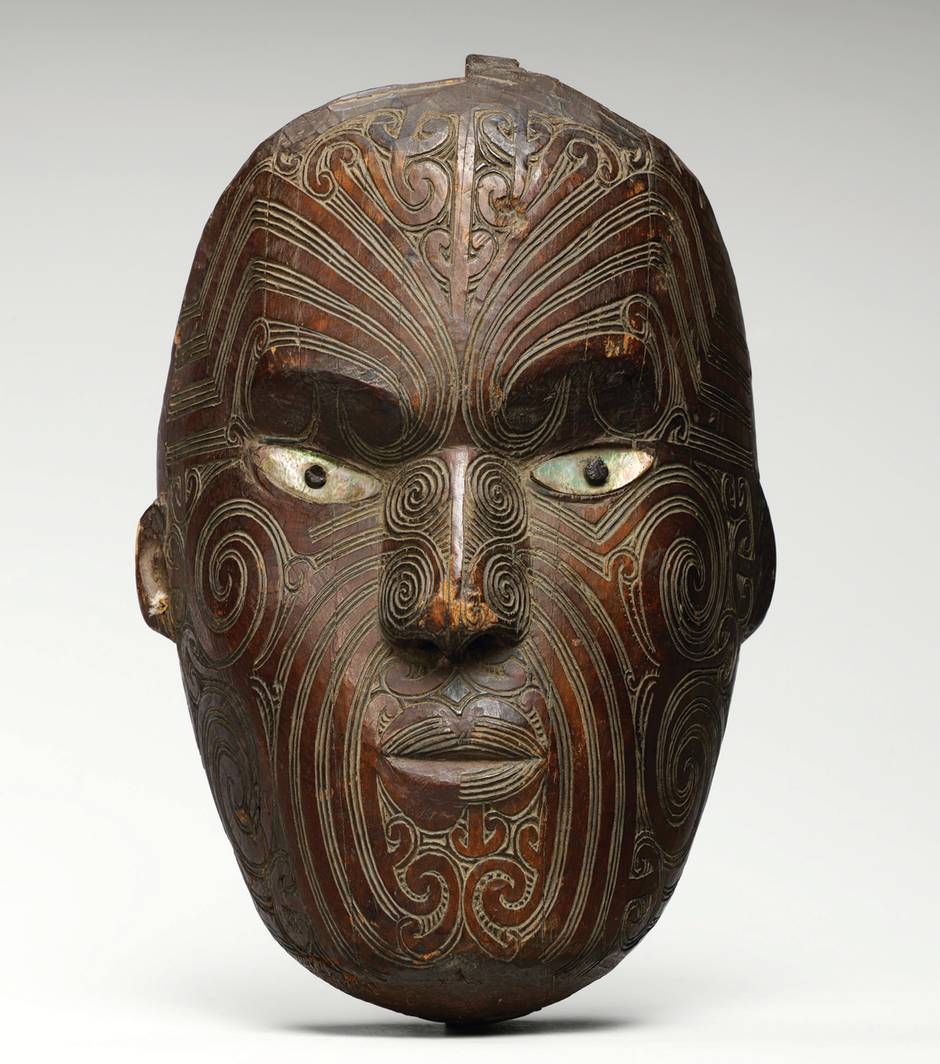 Saying the audience for Tattoos may figure significantly in the show’s success isn’t meant as as a kind of put-down of what the ROM is presenting; Tattoos, in fact, is a rather arresting show, spanning about 5,000 years of tattooing history as it has been manifested across continents and cultures. It’s just to say the tattoo – or tatau, to cite the Pacific Islands’ word from which tattoo is derived – is a living tradition, and Tattoos the exhibition can only benefit from having real-life actors flitting about the Roloff Beny Gallery embodying that tradition. Making the scene, that is, to make a scene.

That the exhibition is even appearing at the ROM rather than an “odditorium” in some tourist magnet is testimony to the mainstreaming of the tattoo in North America and Europe in the past 30 years. According to a 2015 Harris Poll, 30 per cent of adult Americans have at least one tattoo, the phenomenon being especially prevalent among millennials and Gen Xers, where the figure is 47 per cent and 36 per cent, respectively. (In other words, no one should be surprised that Justin Trudeau, 44, has a tat.) By contrast, baby boomers, of which I am one, are slackers in submitting to the needle and ink: Only 13 per cent say they have at least one tattoo.

In addition, the exhibition speaks to what might be called the elasticity of the modern public museum – its ability to take to its bosom idioms and forms that previously it would have politely ignored or overtly pooh-poohed, graffiti art being perhaps the most salient contemporary example. Admittedly, the tattoo may not yet be entirely the Metropolitan Museum of Art’s well of ink. But, as Bob Dylan would say, “it’s gettin’ there.”

Tattoos are a highly complicated phenomenon. And, to its credit, Tattoos the exhibition doesn’t stint on that complexity, taking both an encompassing and detailed approach to what its curators call “a pure product of humanity.” States one of the show’s didactic panels: “Marking the skin places people in relationships that are social, political and cosmological.” Another observes that the tattoo has had a decidedly mixed history, tattooing being an act meant to, variously, “cure, honour, marginalize, control, punish, enhance or demean the bearer” – depending, of course, on the culture in which the bearer finds himself. In a similar vein, the voice-over on a video about Horiyoshi III, the legendary Japanese master of the irezumi or full-body tattoo, unflinchingly describes the tattoo as “a wound which involves cutting the body to make a work of art.” 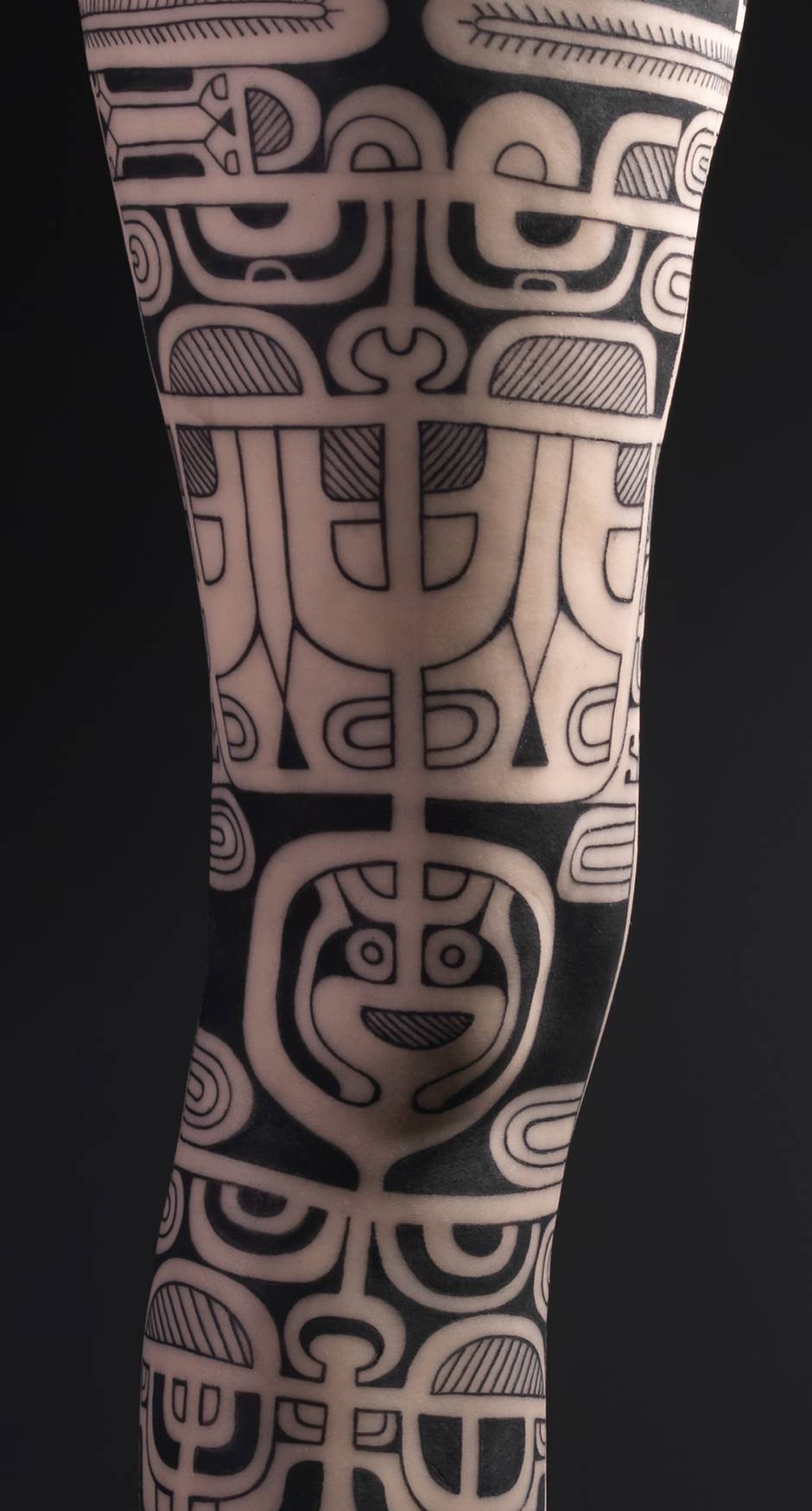 I confess to being ambivalent about tattoos and, by extension, Tattoos. Certainly, there’s no denying the beauty of the Constructivist-inspired stylings of Montreal’s Yann Black (born 1973) or the tattoo costumes used in kabuki theatre productions of Edo-era Japan (1603-1868), or the graphic punch of French artist Chimé’s adaptation of a Marquesas Islands leg tattoo. There’s a thrill, too, in looking at the sharply serrated bone combs, attached to short-handed rods, that the Polynesians used to drive pigment beneath the epidermis. And who knew that the 1877 electric stencil pen, on view here, was patented by none other than Thomas Alva Edison, paving the way for the invention of the electric tattooing machine 14 years later?

At the same time, there’s equally no denying what might be called the phenomenon’s “dark side.” This usually has to do with notions of indelibility, intrusion, permeability, of the skin as a living canvas. Here, of course, one thinks of the use of numeric tattoos by the Nazis to identify concentration camp inmates. The branding of slaves with fleurs de lis in French colonies as part of the 18th-century code noir. The tattooing of the faces of the women of China’s Derung culture to hide their beauty from would-be rapists and kidnappers. And, on a decidedly personal note: Why does even the thought of the tattooed knuckles Robert Mitchum wields as the psychotic Rev. Harry Powell in The Night of the Hunter (1955) still rank as one of my all-time “great” cinematic creep-outs? 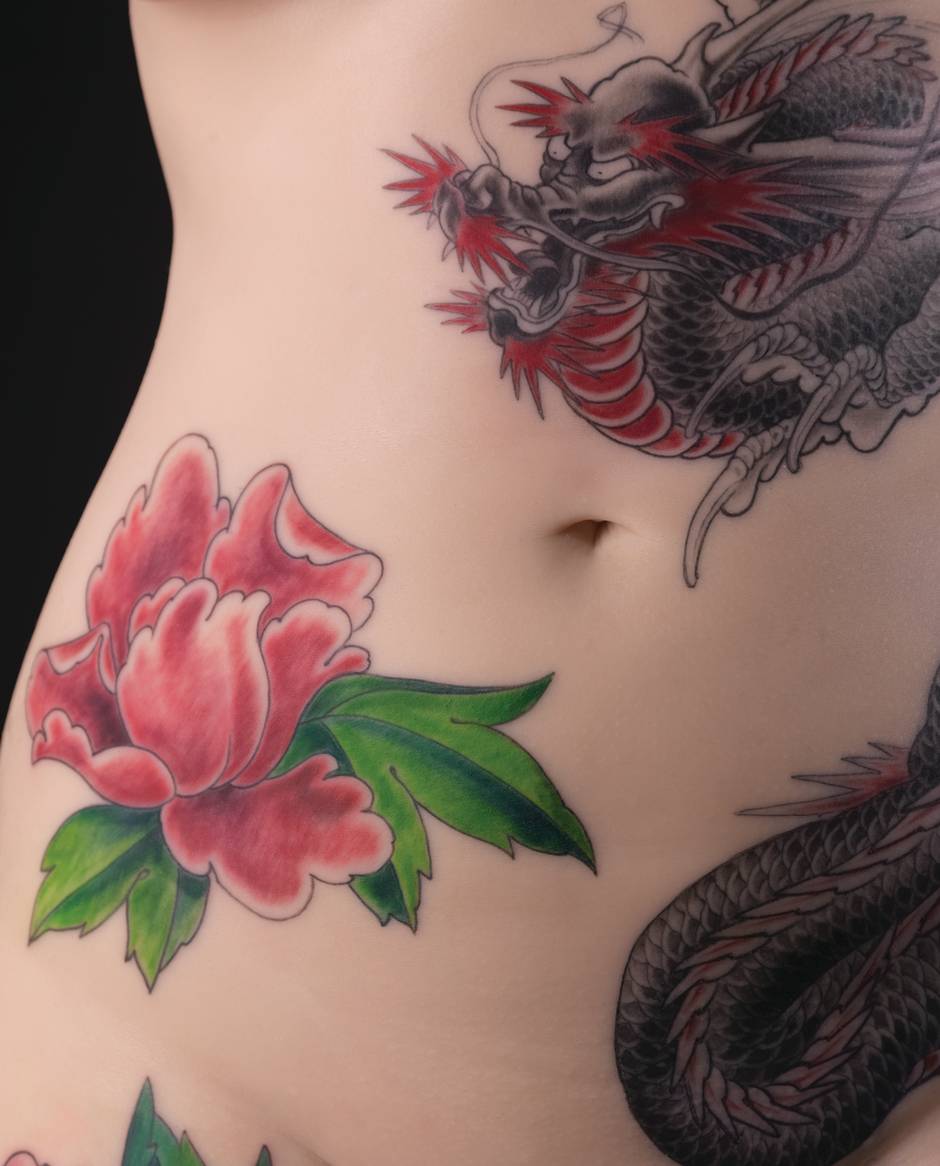 The ROM exhibition succeeds in presenting tattooing as a near-universal transcultural practice. (Photo by Thomas Duval)

By and large, the ROM exhibition succeeds in taking the taboo out of tattoo. Or, more precisely, it succeeds in presenting tattooing as a near-universal transcultural practice, thereby positioning it beyond any sweeping generalization or facile categorization. There are, it seems, as many reasons to get tattooed as there are tattoos on our scarred, scared planet.

A note about the exhibition space: With its triangular floor plan and its broken field of sharply angled walls and dividers, niches and nooks, the Beny makes a hash of traditional ideas of crowd circulation. There’s no “go counter-clockwise” here. Which means it’s probably perfect for a live production of The Cabinet of Dr. Caligari or any exhibition of Vorticist or Constructivist art the ROM may have in mind, but less effective for shows such as Tattoos, which require a more orderly presentation. Visitors to Tattoos have complained about this lack of direction and, on the day I was there, ROM staff were busy with a plan to stencil numbers on the exhibition’s walls to provide some sense of sequencing.