The final day of this year's SummerWorks festival includes an otherworldly performance of Ghost Days from Terrance Houle, an interdisciplinary media artist and Blood Tribe member whose work touches upon themes of colonialism.

We spoke to him from Calgary.

Can you explain, in a nutshell, what your performance piece Ghost Days is all about?

I'm coming to Toronto for a weeklong residency for SummerWorks. Ghost Days is a project I've been working on for more than a year and a half. It uses sound, art, music, photo and video that I'm creating and performing with Simla Civelek, a Turkish-born artist who is based in Toronto. During the week, we'll be researching colonial history and Indigenous history, and non-colonial history and non-Indigenous history. The performance at the end of the week will involve the conjuring of spirits. We want to play to them. We'll see what happens.

I'm curious about your use of a theremin. How does it come into play?

I do use one, with a loop pedal. The idea is to use my Indigenous body to play through the radio waves, to try to conjure spirits.

What was the inspiration for Ghost Days?

It began in Markham, Ont., at the Markham Museum, which has a lot of colonial houses and turn-of-the-century barns. They asked 30 or so artists to come in and respond to the space for a project called Landslide.

I'd been writing music and soundtracks to that point with a friend of mine, Dan Wilson. What I was intrigued with was the history. I asked them if there were any ghosts, spirits or murders that happened there. They said yes and sent me a book on it, Mayhem to Murder, which is about gangs and organized crime there in the 1840s. So, I wrote a short story based on characters in the book. It's mythical-historical fiction about a love affair that had gone wrong. There's love and passion – the kind of things I romanticize about from that era. I also wrote three songs, including a murder ballad and a song about a haunted carousel. So, this was the first inkling of Ghost Days.

And then you went to Macaulay House, in Dawson City, right?

Yes, for artist's residency, with the Klondike Institute of Arts and Culture. The house is notorious for spirit activity. The idea was to go there and to create stories about the Klondike era. There were all sorts of weird things happening there.

I had Cris Derksen, a Cree cellist from northern Alberta come in. We did live recordings in the studio, where more weird things happened.

The whole town is haunted isn't it? From what I understand, Dawson City burned down nine times in its first nine years.

Right. What intrigued me was that in the summer, the sun doesn't set. It could be midnight, but it was bright. And yet, all these happenings of spirits and what-not were in the house. It doesn't matter whether it's dark or light, these spirits still exist. It gave me the idea for Ghost Days.

Is it a seance of sorts?

Well, I actually ended up working with a psychic last year. He would do psychic drawings, where he would draw higher selves and past lives. We started doing experiments in a garage, where I would play music for three hours, conjuring the music of people like Jason Molina and Hank Williams. We delved into a lot of turn-of-the-century ideas of seances.

Is the performance similar to a religious experience?

What kind of state do you work yourself into? 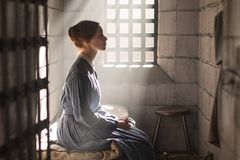 Photographer Raymond Boisjoly explores art as an answer to colonial context
July 26, 2017
Follow Brad Wheeler on Twitter @BWheelerglobe
Report an error Editorial code of conduct
Due to technical reasons, we have temporarily removed commenting from our articles. We hope to have this fixed soon. Thank you for your patience. If you are looking to give feedback on our new site, please send it along to feedback@globeandmail.com. If you want to write a letter to the editor, please forward to letters@globeandmail.com.
Comments