The couple looked as confused as we were: He in a navy-blue two-piece and she in a red skirt suit, while our crowd donned skinny jeans, canvas totes and New Balance. As we all arrived at Ontario Place, it became clear we were here for different purposes: us for the In/Future festival of arts and music, and them for a wedding.

In the modernist fantasy land on Toronto’s waterfront, which opened in 1971, the wedding guests seemed a bit out of place. Ontario Place was designed as a gleaming showpiece for the province’s culture, but that vision collapsed; today the site, which ended up as a theme park, is largely closed. The wedding venue, meanwhile, is doing good business. 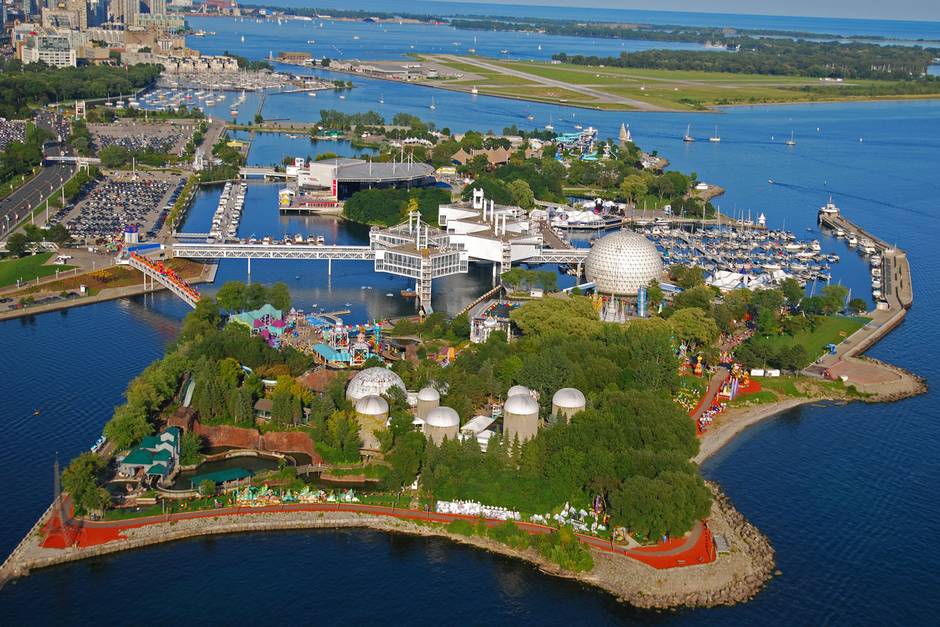 Ontario Place was the product of grand modernist dream, built on a futurist ambition of social progress.

It was a powerful lesson about what makes public space work: You have to give people a reason to come. And In/Future, which wrapped up last weekend after a highly successful 10-day run, did just that: a set of art installations and music performances that brought one of Ontario Place’s two artificial islands to life.

And that is a difficult task: How do you take a big and slightly isolated place, the product of a grand modernist dream, and make it live again?

The curators of In/Future, Rui Pimenta and Layne Hinton, asked artists to engage with the landscape – designed by Michael Hough as a rolling park stocked with native trees and shrubs – and with the architecture, envisioned by Eberhard Zeidler, with its spherical cinema and series of high-tech white steel structures. “What do we learn about ourselves in the present,” Hinton asks, “when we look at the past, to see how we imagined the future?” 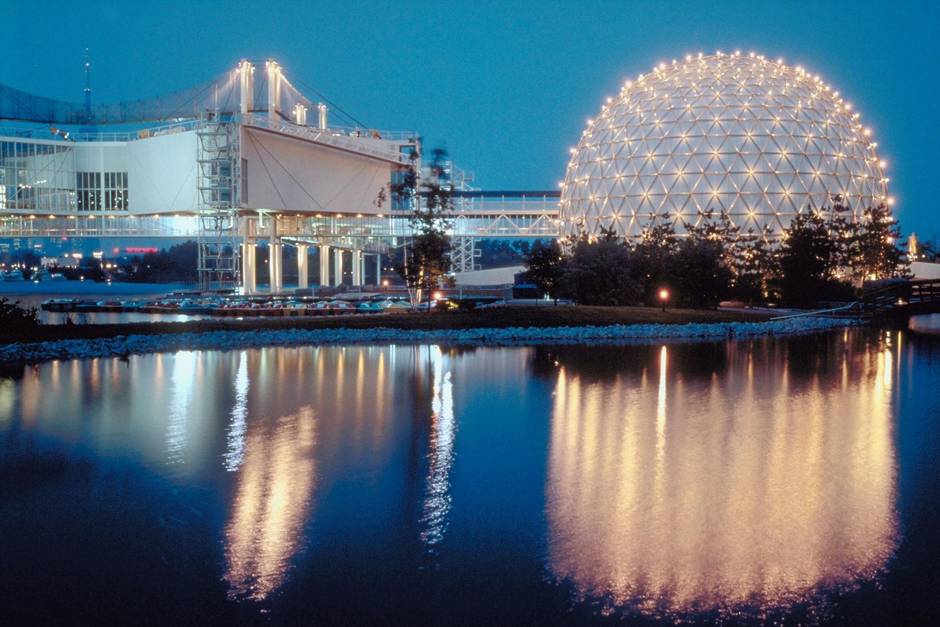 The Province of Ontario commissioned Ontario Place in the aftermath of Expo 67, as a showplace for the province's culture.

Well, for one thing, our collective cultural efforts of the 1960s were vastly more adventurous than they are today. Ontario Place is often described as “utopian,” which is right in two senses. One, in its futurist ambition: the architecture embodies modernism’s faith in social progress, technological advances and radical innovation for its own sake. And two, in its production: It was built incredibly fast, driven by a relatively young architect – and it wasn’t entirely clear what the place was for.

To be more precise, it had a purpose that was poetic, but not very practical. The Province of Ontario commissioned it in the aftermath of Expo 67, primarily as a showplace for the province’s culture. The aspiration was to emulate the grand pavilions of Expo, which transformed many Canadians’ idea of the country (and spurred many kids toward careers in architecture).

The artificial barrier islands would be a place for family entertainment and recreation, but the heart of the project was its Cinesphere, a spherical theatre that introduced the IMAX film technology, and a series of five “pods,” buildings suspended above the water on a few pillars, linked by stairs and glassed-in bridges and held in place by a network of cables. 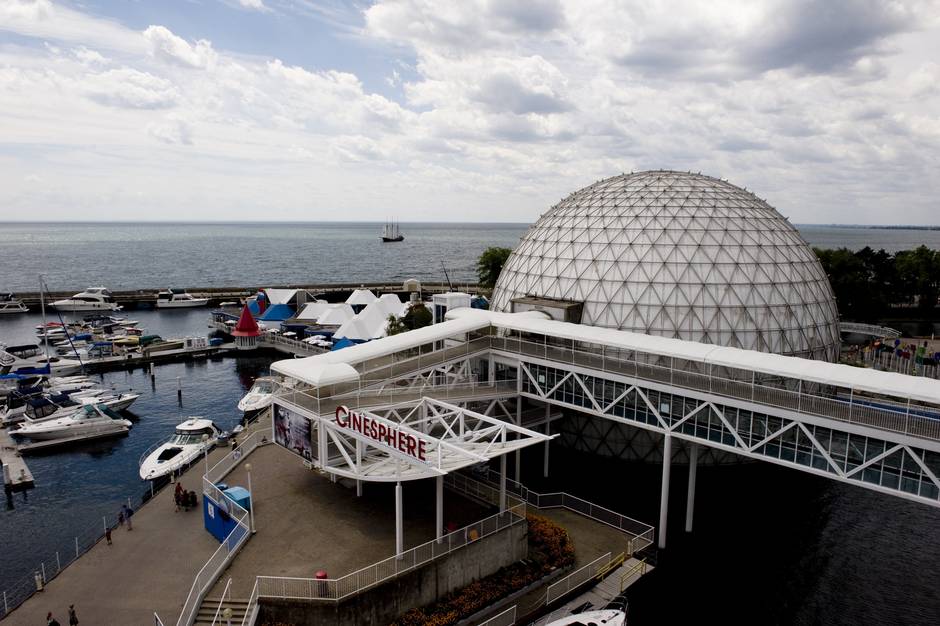 The heart of the project was its Cinesphere, a spherical theatre that introduced the IMAX film technology, (Sarah Dea/The Globe and Mail)

These pods are the architectural showpiece, but they’re also the toughest part of the site to program. What do you put there? Two of them have been converted into an event venue called Atlantis, dressed up with greige-and-maroon interiors straight out of a suburban banquet hall. That’s where the wedding guests were going: to 1998, while the festival goers were trying to head to 1971.

And we got part way there, thanks to a series of installations that engaged with the leftovers of the site: Max Dean’s Still, which took the figures of the park’s Wilderness Adventure Ride and imagined their life after the park closed; Robert Hengeveld’s SSSpun, which had a tree stand and, every so often, spin on an invisible pedestal high on a rock. But was that a rock? Or was it concrete? So much of this site was constructed, on 50 acres of landfill, that it’s hard to tell.

There was a time when this place was vibrant: The park, which included the Forum, a gorgeous open-air music venue with a rotating stage and an adventure playground, was one of the few family attractions in booming Toronto. It drew millions of visitors a year at its high point in the 1970s and early 1980s. “I wanted grandmothers to have a good time,” Zeidler says today, “and children as well – everyone.” It later adapted into essentially a theme park, and slid into irrelevance.

Two of the pods were converted into an event venue called Atlantis, which features interiors straight out of a suburban banquet hall. (Fred Lum/The Globe and Mail)

Today, the very scale of the site makes it hard to fill with new uses. Back in 2012, an advisory panel to the Ontario government recommended filling it with a mixture of housing, commercial uses and some sort of institution that would draw people here. That plan has stalled: Only the first phase, a waterfront trail and park by LandINC and Dutch firm West 8 is in the works. “We are taking the time to ensure that the revitalization project enriches Toronto’s waterfront,” Ontario government spokesperson Denelle Balfour said this week, “by attracting visitors and tourists, spurring economic growth and generating jobs.”

That appeal to the private sector is a given in the political and economic climate of 2016. And in many ways that is a good thing: A grand public project that sits empty nine months of the year is not doing any favours to the city that surrounds it. Better to connect with the cultural and economic life of the metropolis. Toronto, like many other North American cities, is growing rapidly near its waterfront, and its increasingly dense downtown needs public space and public activity. 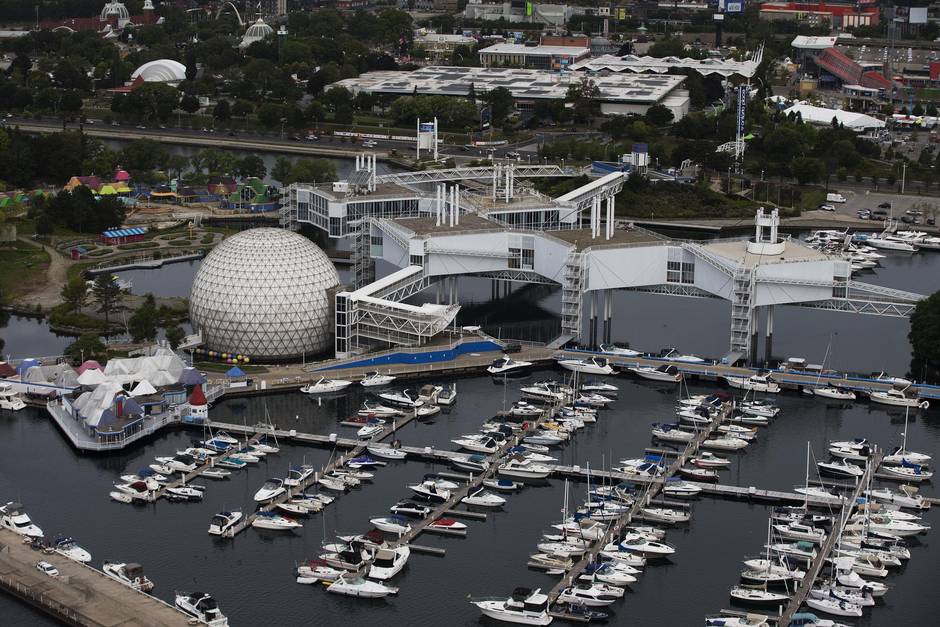