The name change, announced by the museum’s recently appointed CEO/director Chantal Pontbriand, was pretty much known even before Pontbriand, winner of a 2013 Governor-General’s Award for visual and media arts, assumed her job last October. What excited the crowd on Tuesday was the ambitious, multifaceted, multimillion-dollar vision, called the 20/20 Plan, that Pontbriand intends to realize under the new rubric. Indeed, the changes, which include a new visual identity, even go so far as to scrap the much-used “MoCCA” acronym (pronounced “moe-kah”) in favour of “the Museum” as the preferred short form. 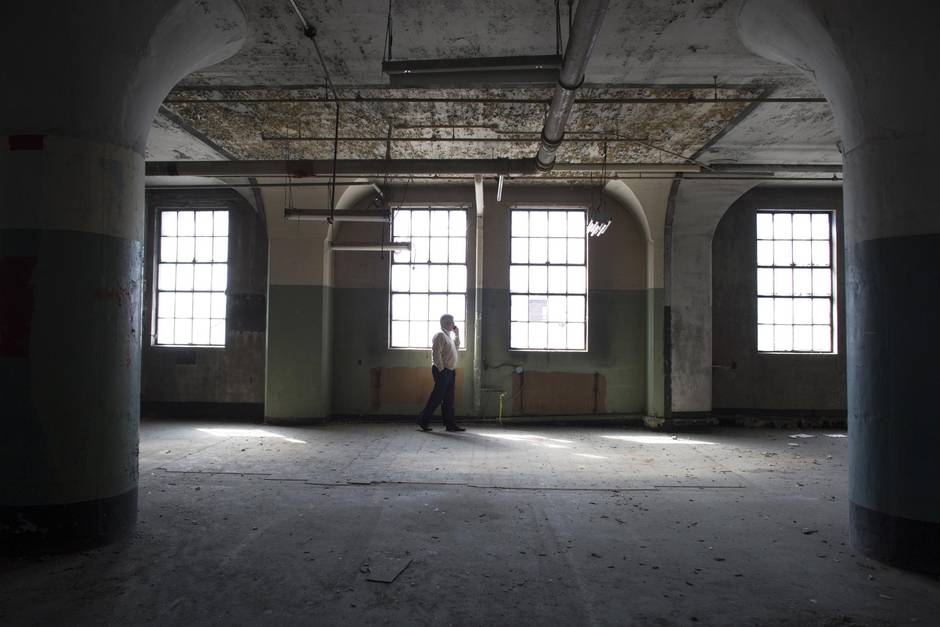 The Museum will be occupying, courtesy a 40-year lease inked late last year, the first five floors of the former Tower Automotive Building. (Peter Power for The Globe and Mail)

Recasting itself as an unabashedly internationally focused “new museum for the 21st century,” the art institution will by next spring – May 2, a Tuesday, is the scheduled official opening date – be occupying, courtesy a 40-year lease inked late last year, the first five floors of the former Tower Automotive Building. It’s currently under renovation as part of a major gentrification of the Lower Junction neighbourhood. Totalling almost 5,200 square metres (including basement space), the occupancy is double what MoCCA initially indicated would be its footprint last June, when it announced it was partnering with Tower’s owners/developers, Castlepoint Numa, on a 20-year lease. The museum, which had been leasing 990 square metres of a former textile factory in Toronto’s hip West Queen West neighbourhood since 2005, was forced to make the move in advance of a condominium redevelopment of the factory site.

However, the Tower Building – or the Auto BLDG., as Castlepoint Graybrook Sterling Inc., the corporate entity created to oversee the project, wishes it to be spelled henceforth – will not be the new museum’s sole location. Plans unveiled Tuesday call for the construction, by the end of 2020, of a site-specific building, currently dubbed MoCA II, directly across the street from Tower. The new building will complement Tower (a.k.a. MoCA I) with an additional 6,800 square metres of space. This reflects the museum’s belief that it can attain 400,000 visitors a year in fairly short order – a far cry from the 40,000 or so that MoCCA averaged annually at the now-closed Queen West location. And of the projected total of close to two million visitors between 2017 and 2022, an estimated 10 per cent or more are expected to be out-of-country tourists. 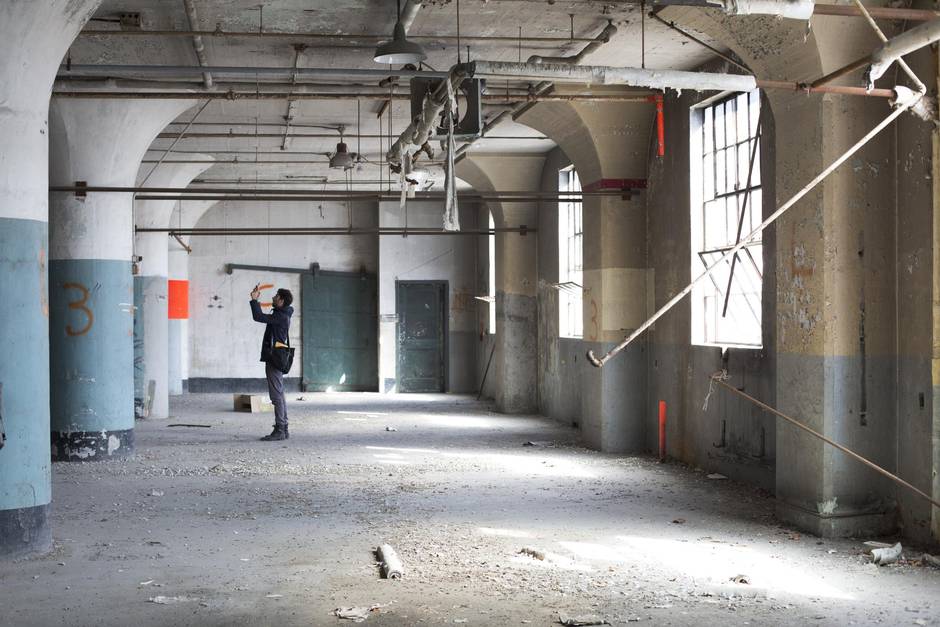 Totalling almost 5,200 square metres, the occupancy is double what MoCCA initially indicated would be its footprint last June. (Peter Power for The Globe and Mail)

Of course, it’s going to cost. Previously, MoCCA’s annual operating budget was around $1.2-million to $1.3-million. By contrast, MoCA I’s first full year likely will run around $7-million, $10-million in 2018. Meanwhile, a fundraising campaign, headed by Gilles Ouellette, president/CEO of BMO’s private client group and the husband of Julia Ouellette, chair of the museum’s board, is working to raise $75-million within five years. At the same time, the lease “represents an advantage over buying the property in terms of reducing the required initial capital outlay … by roughly $30-million,” thereby “freeing up resources for program development,” according to a museum statement. Furthermore, the new museum, unlike MoCCA, will have many sources of income generation, including spaces to rent for workshops, rehearsals, weddings and large social occasions plus cafés and restaurants, a bookstore and a members’ lounge. The developer also has reportedly agreed to let the museum have the revenue generated by event parking during the first three years.

In her announcement, Pontbriand said all this activity will result in a “new type of museum” since globalization and the rise of digital technologies, especially the Internet, mean “the museum can no longer be a monument, a place for high-learning and handed-down educational methods.” It must instead become the “agora,” ancient Greek for “meeting place,” and the “nexus” – “a space for exchange and networking” – open, eventually, daily from noon through midnight, where patrons aren’t so much visitors as “activators.” 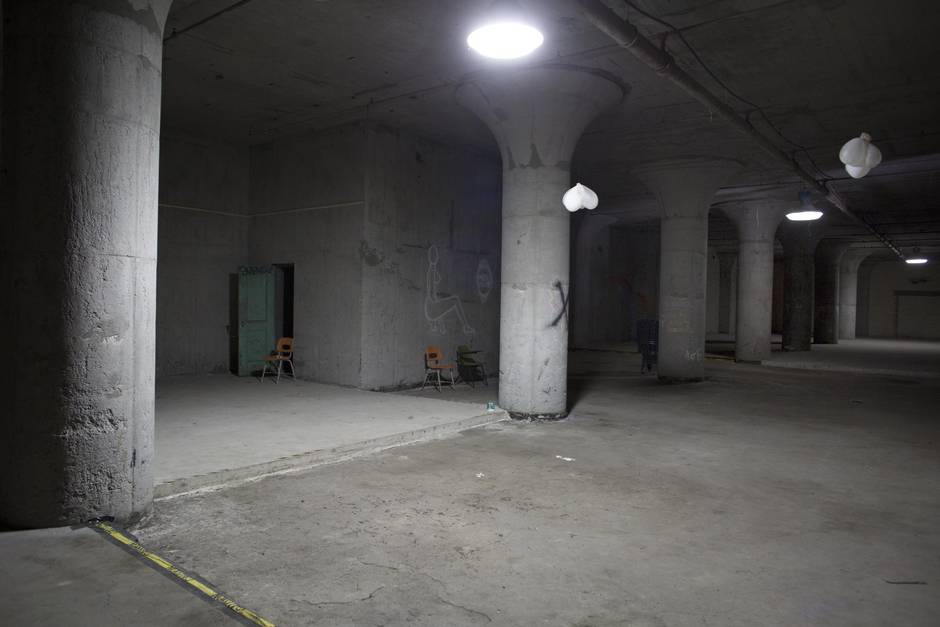 A 96-year-old, 10-storey heritage building in Toronto’s west end is the new home of MoCCA, to be called the Museum. (Peter Power for The Globe and Mail)

This concept will be immediately noticeable upon arrival on the main floor of Auto BLDG. Here Pontbriand is installing a small, permanent version of an outdoor Greek theatre in which speeches, presentations and performances can occur. The building’s second and third floors are dedicated to live performances and exhibitions, including the display of works from the museum’s own collection. The fourth will be a space of chairs, tables, couches and meeting rooms where “people can come in and do their own work on their laptops and the like but also be connected to specialized archives … with the help of staff researcher-programmers,” Pontbriand said. The fifth floor will house open-plan offices – Pontbriand anticipates a staff of as many as 45 in place by next spring, most of them full-time – as well as a research library and a large rehearsal space for performance artists.

In the meantime, the director/CEO already has programmed the first three exhibitions for the Museum of Contemporary Art_Toronto_Canada. The first, titled Odyssey 2040 (2040 being the year Toronto’s population is expected to reach 10 million), is being curated by Pontbriand herself and will run from early May through August, 2017. It will feature international art culled from the holdings of major Canadian collectors as well as new art produced in collaboration with the museum and selected international creators. The second, Toronto: You Are Here, begins a three-month run in September, 2017, overseen by David Liss, the new museum’s curator adviser who served as MoCCA director/curator since 2000.

Also coming from the museum: a journal of contemporary art titled The Idea of North. It will be published in English and French, in effect reprising the same linguistic format Pontbriand adopted for Parachute, the influential Montreal-based art magazine she ran from 1975 to 2007. Frequency of publication is still to be determined.