A Donald Trump signature has sold for $4,800 at a Toronto art gallery, the high price a shock to everyone, especially the seller. "I wanted to have it for myself," said Peter Andrew Lusztyk, a Toronto photographer who bought the American President's weirdly aggressive scrawl on eBay for US$300. "But to include it in the gallery show, it needed to be for sale."

Thinking no one would pay nearly $5,000 for an artifact that is anything but rare, Lusztyk was confident he'd take the framed signature home with him after the exhibition was over. He was wrong: An unnamed collector paid the price, leaving Lusztyk with a case of seller's remorse. He never saw the purchase coming, even though the writing was literally on the wall.

Reached in Rotterdam, where he is attending a photo exhibition, Lusztyk spoke of the aesthetic value he saw in the index-card signature, which he mounted onto a matting board and framed within a white shadow box. "I wanted it on a neutral, isolated surface," said Lusztyk, who described the finished piece as a recontextualized "sculpture," in the spirit of Dadaist art. "I didn't think it would make it more valuable, but I imagined it as a focal point of fascination, surrounded by a wall full of art."

Indeed, the Art of the Deal President's scribble is as fascinating as he is. Symmetrical and with the spikiness of an EKG readout, it has the same aggressive rigidity of one of Trump's bizarre handshakes. It's not outrageous to suggest the signature is the most aesthetic thing about a billionaire who might not know a Monet from the Mona Lisa and who was once described as a "short-fingered vulgarian" in the pages of Spy magazine in the 1980s.

The pricey scribble comes with a letter certifying that it was signed at Trump Tower in New York in 2011. The signature was made in black on a blank, white, three-by-five-inch card. The glass-enclosed piece measures 16-by-18 inches. According to the owner of Only One Gallery, the piece sold within the first hour of the exhibition's opening reception on Feb. 3.

"I didn't put too much thought into it," Cais Mukhayesh told The Globe and Mail. "But it got quite a lot of attention right away."

Lusztyk finds symbolism in the piece. "That signature represents the rubber stamp that goes on all this controversial legislation being passed. Placing in the format that I did, with meaning of what it actually is, I think it becomes a very interesting artifact."

At least one collector agrees, which is all it takes. It's the deal of art.

Opinion
Donald Trump’s diet is driven by fear. I tried it for a day
December 22, 2017 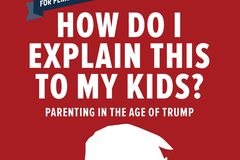 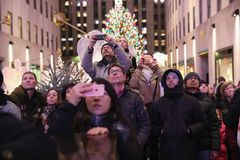