It was 2001 and Frank Albo was driving along Memorial Boulevard, heading toward the Manitoba Legislature.

He was 30 years old and had been studying ancient languages at universities in Winnipeg, Toronto and Amsterdam – but he still hadn't decided what he might do a doctoral thesis on.

And that's when the sphinx caught his eye. He was looking up at Golden Boy, the famous statue on the roof of the legislative building and found himself asking, "What on earth are two Egyptian sphinxes doing on the roof of the Leg?"

One simple question eventually produced a PhD from Cambridge University for his thesis on "Freemasonry in British Architecture." It has also led to a part-time job as a tour guide who sometimes causes security guards at the Leg to roll their eyes – but who far more often leaves visitors speechless at the end of a journey through what Dr. Albo calls "an architectural Sudoku puzzle."

He has been called a "lunatic" by those who find his contention alarming that there are deeply religious – at times pagan – undertones to be found throughout the building.

He has been called Canada's Dan Brown – author of The Da Vinci Code – but says there is a great difference in that Mr. Brown's books are fiction whereas the Manitoba Legislature is very real, its multiple secrets "hidden in plain view" to those who know where to look.

The best call he ever got, though, came from then Premier Gary Doer, who heard of Dr. Albo's thesis, read it and wanted to see the young academic in his office.

"I think you believe this building is haunted," Mr. Doer said.

"Not at all," answered Dr. Albo. "I just think it is a temple masquerading as a government building."

Intrigued, Mr. Doer helped Dr. Albo find some grant money for his project and issued him "carte blanche" clearance to go anywhere he wished in the building at any time, day or night – including the roof.

One by one over the years, Dr. Albo began filling in the "crossword puzzle" that is the Manitoba Leg. On the roof he found hieroglyphics that experts were able to translate into an invocation to the Sun god.

On the chests of the two sphinxes he found the name of a pharaoh, Thutmose III, who lived 3,500 years ago.

He found that Golden Boy was merely a nickname given by a newspaper columnist and that, in fact, the statue was really intended to be the god Hermes, son of Zeus and messenger to the gods.

Just as ancient temples had two large horned bulls guarding the entrance, the legislature features two large male bison, the provincial symbol. They guard a stairwell with three flights of 13 steps. There are 13 stones in the archway, 13 lights in every hallway. The bison are 13 feet long.

The Speaker's chair was surrounded by 12 smaller chairs, all invoking the Last Supper. The architect had hoped the elected members would wear togas for their discussions and votes. The number "666" is recurring. The main room is 66.6-feet long and 66.6-feet wide.

In a painting intended to celebrate Manitoba's sacrifice in the Great War, there is a soldier carrying a wounded Christ. The painting also cleverly hides a Madonna and child.

There is a statue to Medusa, the protectress, another to Athena, goddess of wisdom, inspiration and justice.

The ancient pharaoh on the rooftop, Thutmose III, is believed by some to be the true founder of Freemasonry, even though the organization of stonemasons dates from the 14th century. The fraternity is at the core of the Dan Brown books.

With its lodge, degrees, secret handshakes and other curiosities, Dr. Albo says, "Freemasonry has become a bit of a conspiracy punching bag."

He doesn't believe Freemasonry deserves such dismissive treatment. To understand the Leg better, Dr. Albo even became a Freemason himself by applying, studying and then passing the tests in a local lodge.

It was only in examining the life of the British architect, Frank Worthington Simon, that Dr. Albo came to appreciate what had been done here. Mr. Simon was a genius – master of languages, student of the mystical – and also a Freemason.

Mr. Simon pursued the commission in 1912, a time when booming Winnipeg was on its way, it was widely believed, to becoming a great city in the very heart of North America. They called it "Winnipeg Destiny" and Mr. Simon wanted to build what he believed would one day be seen as the crown jewel of the British Empire.

He won the commission, the decision made by a committee that included premier Rodmond Roblin and his minister of public works, both Freemasons.

When a construction kickback scandal, of which Mr. Simon knew nothing, caused the budget to be reduced, he cut corners by using plaster where he'd wanted marble, but the original design remained intact.

The building had its official opening on July 15, 1920, 50 years after Manitoba joined Confederation.

Dr. Albo is convinced the place is, in fact, a temple to Freemasonry. It contains religion and numerology and astrology. There are holy rooms including one, the Lieutenant-Governor's reception room, with the same measurements as scripture maintains was the inner sanctum of Solomon's Temple.

There is even, on the roof, an Ark of the Covenant which in history was said to be where Moses placed the Ten Commandments. Dr. Albo's greatest hope is that, one day, he will be allowed to see what, if anything, is inside, but so far his requests have met with refusal.

That the Leg contains secrets is obvious, but Dr. Albo also believes it has special powers.

On the lower floor is a pool of marble and, dead centre, an eight-pointed black star. It is like an altar, Dr. Albo believes, and if you stand exactly on the star and even whisper, people all around will hear you loud and clear because of the strange acoustics. If you speak normally, it sounds as if you are in an echo chamber.

For the six years that Dr. Albo has been giving his Wednesday evening tours, he has left one special moment to the very end of his tour. He then stands on the black star and firmly, in what sounds like the voice of God, says: "Bring back the Winnipeg Jets."

He smiles. "And they are back, aren't they? It worked!"

The tour costs $40 and details are available online. There is also a book, The Hermetic Code, published by the Winnipeg Free Press, that has gone through four printings.

"There is an amazing lost legacy of architecture," Dr. Albo says, "and I believe, absolutely, that this is the best example of it in the world. This is the Rosetta Stone of architecture – and it just happens to be right here in Winnipeg." 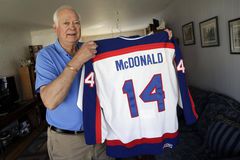 Easter is a time of renewal and second chances after a brutal winter
April 3, 2015 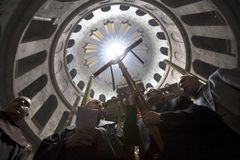 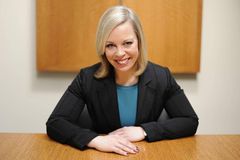