At a gallery opening in the winter of 2005, John Bentley Mays hung on the wall, his imposing figure painted by the artist Gertrude Kearns on camouflage-patterned nylon. "It was really striking," Margaret Cannon, Mr. Mays's wife of 45 years, recalls of the spectacle. "You walked in and there he was, looking right at you." The exhibition, titled United States of Being, The John Bentley Mays Portraits, turned the veteran art critic into a subject. And, Ms. Cannon says, captured him. The works "show a man of strength but also a man of considerable pain," she says. The scars that cut across the front of his shaven head, evidence of a battle with skin cancer – "I think those were, for [the artist], manifestations of his internal scars."

It was unusual for Mr. Mays to serve as an artistic subject. His life's work was as a critic and he was for four decades one of Canada's great observers, interpreters and explainers of art and architecture. Before he was struck by a sudden and fatal heart attack on Sept. 16, he had just submitted a column on residential architecture for The Globe and Mail – the last of many pieces to display his erudition, his powers of observation and his finely honed, sometimes piercing prose.

Mr. Mays was undeniably a presence, especially while he served as The Globe's art critic from 1980 to 1998. "He wrote very intelligently and very perceptively about all sorts of exhibitions," recalls Roald Nasgaard, chief curator at the Art Gallery of Ontario from 1978 to 1993. "And one could always look forward to his column, because those reviews were so passionate," unlike the more "polite" work of other critics.

In person, Mr. Mays's broad frame and shorn head, and for many years his trademark fedora, made him instantly recognizable to gallery-goers. He did not shy away from an intellectual sparring match and yet, was often very kind – a citified Southern gentleman. "John carried himself with a certain bearing," remembers his long-time friend and collaborator Richard Rhodes. "Always the hat. He was always a standout in the crowd; he brought a kind of elegance to most situations."

That elegance was both bred and hard-won: A legacy of the upbringing in the American South from which Mr. Mays fled, and then returned, at least in spirit. 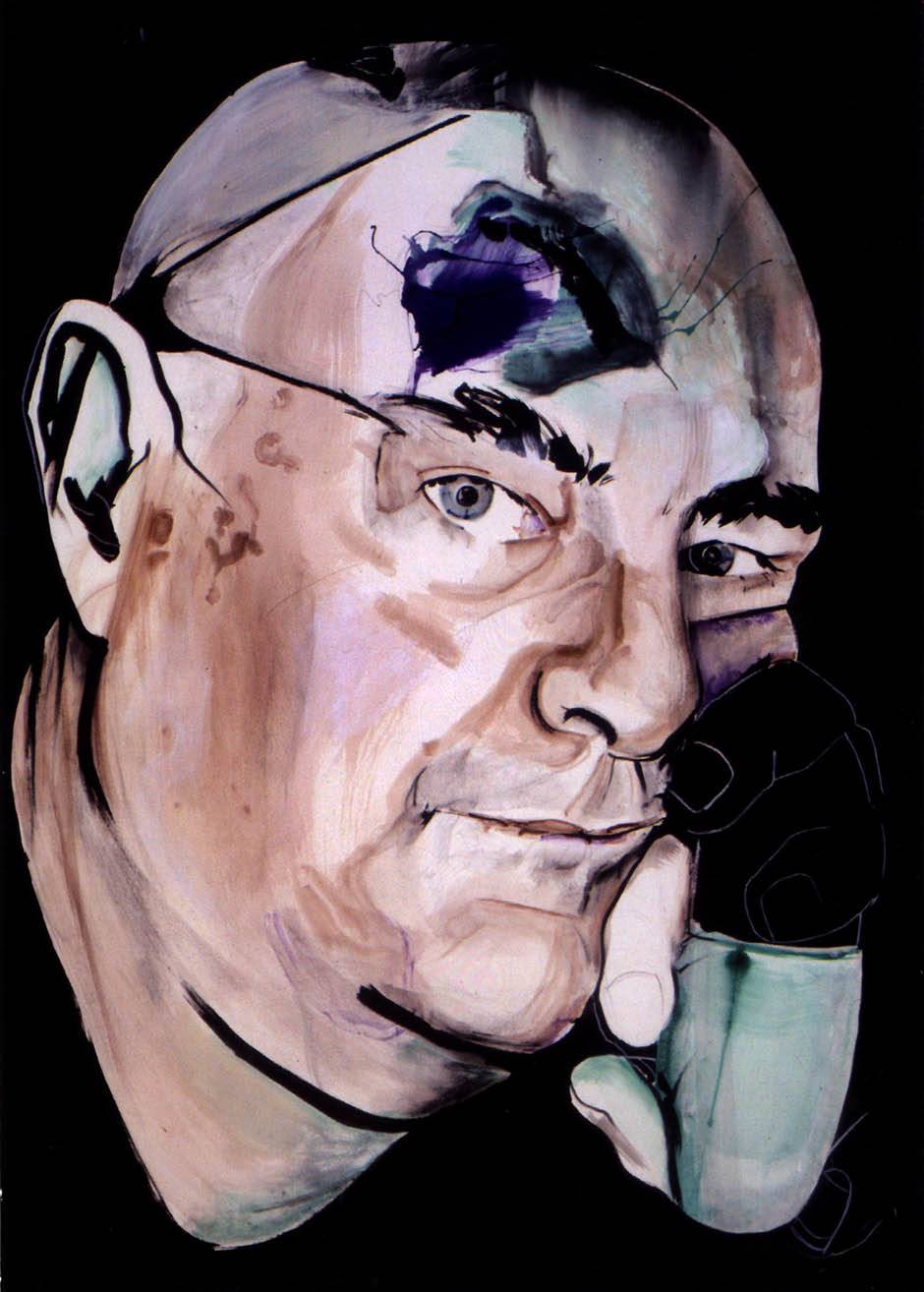 John Bentley Mays was born in Shreveport, La., on June 22, 1941, to a family of cotton planters; his father took on this occupation reluctantly and disappeared "with casual cruelty" at any excuse, Mr. Mays would later write in his memoir Power in the Blood. When Mr. Mays was seven, his father died in an accident "or what some called murder"; his mother died of cancer shortly afterward and Mr. Mays and his siblings were raised by a succession of often neglectful relatives. Soon afterward began the symptoms of depression, which would affect Mr. Mays profoundly into adulthood. At eight, he considered suicide, not for the last time.

Curious and ambitious, he made it his goal to leave the South, and he did – heading first to the University of Rochester, where he began a graduate degree in medieval literature and literary criticism; his studies were stalled by a breakdown, and he left school behind for a teaching job at York University in Toronto, in 1969.

Two years later, he was road-tripping through New Mexico when his new BMW motorcycle broke down in Albuquerque. Within a few days, he met Margaret Cannon, a teacher and native Arkansan who was on her own journey toward new realms. "My friend thought I needed a diversion for the summer, and that John might be a good candidate," Ms. Cannon recalls. "We stayed up for, I think, two days talking, and that was that."

Within a few weeks, the couple had a formal wedding attended by "hippies from all over southern New Mexico. It was a tourist attraction," Ms. Cannon says. "Nobody got properly married in those days." Ms. Cannon, her eight-year-old daughter, Jackie, and Mr. Mays headed north in a convoy of Volkswagen and motorcycle to their new home.

They loved it immediately. For these Americans, peaceful, vibrant Toronto was "a liberation," Ms. Cannon recalls. "Canadians have no idea. You were leaving the catastrophe, the hatred, the malice. … We used to literally sing [a song from] The Wizard of Oz, dancing down Spadina Avenue. Neither of us ever lost that feeling."

The city brought opportunity. Having begun to work as a university administrator in his 30s, Mr. Mays set out to become a writer. "His resolution was, No. 1, read everything; No. 2, write every day," his daughter Erin Mays recounts. "And he did that, exactly."

Ms. Cannon is a writer as well, and Erin Mays recalls growing up in a home filled with books, with parents pursuing their own separate projects, where "they would always reconvene for dinner," she recalls. "There was never a dull discussion." And yet, Ms. Mays, who went on to a career outside of the arts, recalls unceasing warmth from her critic of a father: "I felt, always, absolutely deeply loved," she recalls.

The family settled into a writerly domesticity – eventually, in a loft apartment in a converted tool-and-die factory, where Mr. Mays each day would pray, as the devout Catholic he was; then read two to three hours; write; and often garden on the roof deck.

This was his base for explorations of Toronto. "He taught me to look up, physically, and to get lost in the city," Ms. Mays recalls. "We walked a lot, and with him I learned to look at each building as an individual, with its own personality and its own history."

During his tenure as The Globe's art critic, architecture and the shape of the city more broadly were his subjects in a column called Citysites. While colleague Adele Freedman wrote about architecture, Mr. Mays wrote around the edges of the city, interrogating the natural topography, the leftovers of past eras and forgotten periods of history. "He looked at physical sites of the city" – the Port Lands, Fort York, the city's R.C. Harris Water Treatment Plant – "with the eye of an art critic," says the artist and architect Paul Raff. "For me, that was a revelation."

Mr. Raff would later come to encounter Mr. Mays in his role as a critic of architecture, to which Mr. Mays brought a remarkable thoroughness about the technical, personal and intellectual aspects of the discipline.

When Mr. Mays wrote in 2013 about a Raff-designed house, "he understood that what it was achieving had to do with creating a potent relationship between people and nature, or the cosmos, or maybe even God," Mr. Raff recalls. "He understood there was a spiritual dimension to architecture and could explain it to me. A work of architecture could change the one experiencing it."

That theme runs through Mr. Mays's work: that any engagement with art, or with place, involves the observer as well as the object.

In 1995, he broke with art-critical convention – of viewing works briefly in a gallery setting and quickly writing a review – by bringing home a series of works by the young painter David Urban for an extended engagement in his loft. "You have to live with a painting for a while, and just live in the world for a while, before art unfolds all its meanings," he wrote. A painting or other artwork should be understood "as one element within a volatile event of perception, an event rich in ricocheting questions and subversions." And looking hard at one work, he found himself "thinking of wounds and burns, transplants and scabs – the injuries that are as much a part of life as they are of art."

Mr. Mays wrote about his own wounds, the bouts of depression that affected him deeply each spring, with the same sort of persistent and questioning attention. His 1995 memoir, In the Jaws of the Black Dogs, traced a lifetime of struggling with profound depression, a struggle aided somewhat by Prozac, psychotherapy – and his marriage to Ms. Cannon, which he described as decades of "warmth and intimacy with a woman of hairtrigger temper and rockhard common sense."

And yet, his daughter says, "He took care of us, even in the dark times. He could do for others even when he couldn't do for himself."

"Depression dogged him, of course," Ms. Cannon says. "But removed from depression he was a very positive, forward-looking person. He was always looking at what he was going to do tomorrow. There were always plans."

This fall, those plans included the revision of a novel, his second, which he had just finished. But Mr. Mays also left 10 pages of instructions in the event of his death, Ms. Cannon says, and those include one important directive: To remain in Toronto. "In his will, he specifically asked to be buried among the tall trees of Prospect Cemetery at St. Clair and Lansdowne, where he liked to walk," Ms. Cannon says. "His forever home is here."

But first a funeral, at which Mr. Mays will be present in spirit and in image: He purchased two of Ms. Kearns's portraits of him, one for his wife, and one for his daughter. And they will be there.

His requiem mass will be held on Saturday at 11 a.m. at St. Vincent de Paul Church on Roncesvalles Avenue.

Editor's Note: An earlier version of this article said that the requiem mass for John Bentley Mays would be held on Saturday at 10:30 a.m. The time has changed to 11 a.m. In addition, a reference to a gallery opening featuring portraits of Mr. Mays by Gertrude Kearns incorrectly said it was in 1995. It took place in 2005. This version has been corrected. 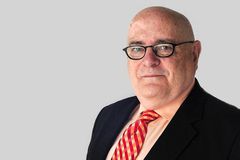