The federal government is aiming to fill in the gaps in its pandemic relief programs for the live arts and music sectors – and support struggling and out-of-work artists, not just artistic organizations, with $181.5-million in initiatives detailed on Tuesday.

The money was announced in a fall economic update at the end of November, but the precise measures and programs it will fund have newly been revealed by Minister of Canadian Heritage Steven Guilbeault.

“We know that many of the things we’ve done have helped, but there are gaps,” Guilbeault told The Globe and Mail, noting the new measures were particularly aimed at tackling challenges in the performing arts.

The Canada Council for the Arts will be administrating the lion’s share of the $181.5-million, with $50.5-million going toward a digital innovation initiative to help arts organizations adapt or create work for virtual audiences. This is a new program that will enable the hiring of technicians or paying for IT support needed in often expensive pivots toward online programming.

But an additional $66-million in funding will go to the Canada Council’s Explore and Create program to enable artists to research, create and produce new works – not necessarily for immediate performance. “If people can’t perform right now, maybe we can fund them so that they can do research, [to] create things that we will see a year from now,” Guilbeault said.

The Department of Canadian Heritage is doling out the remaining $65-million, which includes $40-million for a new “COVID-safe events fund” that specifically aims to stimulate short-term contracting of arts and cultural workers.

The terms and conditions of the funding agreements will explicitly state that 50 per cent of the project budget must be committed to the fees of artists, arts workers and support staff.

These funding programs came out of consultations Guilbeault’s department conducted last fall. There have been widespread concerns in the performing arts sector that while shuttered theatre, dance and opera companies have kept administrators employed through measures such as the Canada Emergency Wage Subsidy, the actors, dancers, directors, choreographers and other artists – who are mostly independent contractors – have relied on the Canada Emergency Response Benefit or its successor programs.

According to Statistics Canada’s Labour Force Survey, one in four Canadian arts workers lost their job in 2020 – and the continuing worry is that many of the artists who have pivoted away from the performing arts or other forms of live performance will do so permanently. “I’m hoping that as people start seeing the light at the end of the tunnel, they will come back,“ Guilbeault said.

“This is absolutely necessary to stabilize the sector,” he said, pointing to the loss in revenue and work force over the past 12 months. “At the same time, we are also looking forward to seeing what else is going to be in the [coming] federal budget.”

The live arts and music sectors have been among the economic sectors hardest hit by the pandemic worldwide. Last summer, Britain’s government announced a £1.57-billion ($2.77-billion) rescue package for the arts, culture and heritage industries, while in the United States, Congress approved US$15-billion in pandemic relief for the performing arts and music industry with the Save Our Stages Act in December.

“In the grand scheme of things, the federal government has provided overall support for the arts and culture sector in the neighbourhood of $6-billion,” Guilbeault said, noting he took into account the wage and rent subsidies, CERB and $800-million in emergency measures from Canadian Heritage and its portfolio organizations such as the Canada Council. 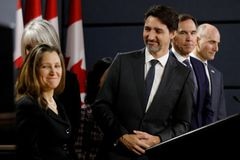 Opinion
The new TV reboots are about money, not your fond memories
Subscriber content
March 2, 2021 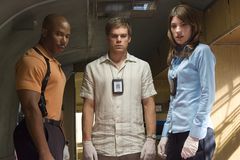 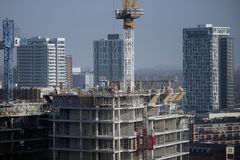