John Prine, a songsmith who wrote vivid folk compositions that portrayed the humour, struggles and foibles of common people, died Tuesday of complications related to COVID-19 at Nashville’s Vanderbilt University Medical Center. He was 73.

On Dec. 10, 2018, Prine sang some of his songs for about 100 of us, packed into the house of Toronto-based media personality George Stroumboulopoulos. I was close enough to touch Prine, a songwriter who over five decades and 18 studio albums (including two Grammy winners) touched so many souls.

And right back at him, “Crazy bone.”

Listen: An eight-song introduction to the late, great John Prine

The song was Egg & Daughter Nite, Lincoln Nebraska, 1967 (Crazy Bone), from Prine’s 2018 album The Tree of Forgiveness. It’s a story-song, as so many of his compositions were. Prine explained its origins, about how when the Nebraska egg farmers used to come down to the city to sell their product on Thursday nights, they’d drop their daughters off at the roller rink. Ergo, egg-and-daughter night.

“I don’t know where the crazy bone part came from,” Prine said, wrapping up his A-plus banter.

Where did any of it come from? “Midwestern mind trips to the Nth degree,” is how Bob Dylan once explained the Chicagoan Prine’s music.

Prine was a humanist and a folksy wordsmith – maybe not Nobel Prize fancy like Dylan, but fancy enough. His phrases turned gracefully, with whimsy and smiles attached. Reasoning that Prine could “make you laugh like no else can make you laugh,” when comedian Bill Murray was awarded the Kennedy Center Mark Twain Prize for American Humor, he tried – but failed – to have Prine flown in for the ceremony.

Although he was a master at quirky and surreality – Linda Goes to Mars is a hoot – Prine could do heavy with the best of them.

“There’s a hole in Daddy’s arm where all the money goes,” Prine began 1971’s Sam Stone, “and Jesus Christ died for nothin’ I suppose.” It’s about a morphine-addicted war veteran, yet Sam Stone is a toe-tapper in comparison with Angel from Montgomery, an eloquent, poignant portrait of existential despair: “Just give me one thing that I can hold on to/ To believe in this living is just a hard way to go.” These are the best short stories I’ve ever heard, and I’ll stand on Alice Munro’s coffee table and say that.

Prine performed Sam Stone at Stroumboulopoulos’s house, part of a magical performance taped for posterity and CBC Radio’s The Strombo Show. Watching it, you see Christmas lights and beaming faces all around. Unfocusing your eyes, it all becomes a blur of reverence, song and communal bliss.

Gordon Lightfoot showed up; Prine sang Far From Me for him. Blue Rodeo’s Jim Cuddy was there as well, and how often is he only the third-best songwriter in the room?

Prine closed The Strombo Show living room concert with When I Get to Heaven, the last song he wrote for his final studio album. He rhymed “a few choice critics” with “those syphilitic parasitics.” We played kazoos handed out for the occasion.

Prine never won the type of upmarket awards won by Dylan, Munro and Murray. His inimitability was something to behold, though: So far out, and yet so real. 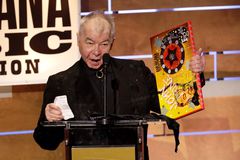 Singer-songwriter John Prine in stable condition after being placed on a ventilator, his wife says
March 30, 2020 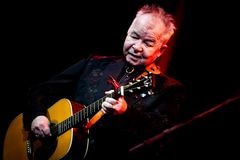 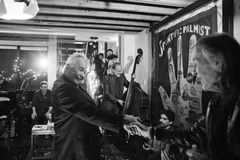