The Andy Warhol retrospective at the Art Gallery of Ontario in Toronto begins with a 1967 self-portrait. Using the same techniques he deployed on celebrities, Warhol reproduces a photographic image using silkscreens and then adds other painted effects. He renders his own face as a blue-and-red duotone so high-contrast it is almost unreadable, and partly obscures it with a big red stripe. As always, Andy seems to be hiding behind something. Yet the European curators of this big exhibition are determined they will haul Andrew Warhola into the light.

If he depicts himself as mere painted surface, they want you to know he was a real person. He was the child of working-class parents who immigrated to the U.S. from what is now Slovakia, a practising Catholic and openly gay. All this is pertinent enough, but this biographical retrospective organized by the Tate Modern in London and Cologne’s Museum Ludwig does little for Warhol’s art or his artistic reputation. The attempt to humanize his gnomic presence ignores the personality’s more troubling aspects, while often relying on viewers to deduce his continuing relevance.

In biographical mode, they begin with tiny family photographs and examples of Warhol’s student work, expressionistic pieces that show both wit and promise. The curators – Gregor Muir and Fiontan Moran of the Tate, and Yilmaz Dziewior and Stephan Diederich of the Museum Ludwig, with an assist from the AGO’s Kenneth Brummel – then segue to his early homoerotic drawings in a show that, in keeping with current thinking, rejects any notion Warhol was “asexual.”

These drawings are also interesting because they are fine art pieces still closely related to the illustrative style that fuelled Warhol’s early success as a commercial artist. A few examples of those fanciful images of shoes and gloves are in the exhibition catalogue, but sadly, none are at the AGO. Pity, because it’s not entirely coincidental that the artist who made his fame with soup cans and cleaning pads began his career on Madison Avenue.

So, already, we have arrived at pop. The Campbell’s soup cans, the mug shots of criminals, the Marilyn Diptych stand up incredibly well, reaffirming their vitality and importance as Warhol redirected art away from abstract expressionism. And the curators’ insights are often revelatory, including the observation that the panels depicting Jackie Kennedy echo the Eastern Catholic icons Warhol would have known in childhood, casting the widow of the first Catholic U.S. president as suffering Virgin.

What is less impressive is a crowded installation that doesn’t give these works, including a key 1962 piece that reproduces the instructional diagram for a foxtrot, the space they deserve. Pop, Warhol’s enduring achievement, is squeezed by COVID-19 requirements, and the curators’ insistence on making much of both the social scene at the Factory, Warhol’s open studio and party headquarters, and of the late work.

More satisfying is how Mr. Brummel has installed two of Warhol’s experimental films. One is the famed Sleep (1963), for which Warhol shot more than five hours of his sometime lover, the poet John Giorno, sleeping. The other is the Screen Tests of 1964-66, in which cultural figures‚ including Marcel Duchamp, Bob Dylan and Susan Sontag, stare at the camera for long minutes. In regular times, these would have been in little screening areas; today, they are out in the gallery, allowing viewers unlikely to sit through the full lengths to check in occasionally. Who’s up for a screen test next and which part of Mr. Giorno’s face or shoulder is turning into an abstract landscape now?

The exhibition proceeds through the difficult chapter of Warhol’s 1968 shooting by the deranged playwright Valerie Solanas and the closing of the Factory in favour of the Business Art project that produced the Mao wallpaper (reproduced by Pittsburgh’s Andy Warhol Museum) and many dubious portraits. (The AGO includes several of Karen Kain and one of Wayne Gretzky for their Canadian connection, but they do rather make the point that Warhol had become a society portraitist for hire.) The curators defend these commercial endeavours as underwriting more experimental work, another observation that seems to value the biography more than the art. Warhol’s images of the electric chair were much less popular but remain culturally convincing, observing how we become blunted by violent imagery and illustrating this show’s thesis about Warhol’s fear of death.

Insisting on Warhol as queer and woke, the show includes Ladies and Gentlemen, a portrait series of trans women and drag queens from 1975. This nod to contemporary sensibilities is handled awkwardly, with an anxious text discussing the correct terminology for these sitters, while the AGO suggests visitors participate in an online discussion about whether Warhol exploited them. That opens a can of worms: The Factory scene was emotionally disastrous for many of its unstable hangers-on while pumping and dumping stars such as Edie Sedgwick. None of that can be easily dealt with in a gallery exhibition.

Noting Warhol’s religious influences or insisting on his queerness, this show’s attempt to humanize the artist can’t make much space for the unpleasant aspects of voyeurism and celebrity that marred his life and his circle. Perhaps viewers can be trusted to understand that, as an artist, he was continually inventive and prescient in mixing media; crafting a public persona; and confusing audience, performer and art.

The show eventually sprawls out of the AGO’s temporary exhibition galleries and into the Moore Sculpture Centre. Thankfully, as well as the predictable celebrity portraits of the 1970s and eighties – Debbie Harry, Mick Jagger – that extra room features a few powerful paintings. Gun, an oversized image of a revolver, pixilated, red and doubled, recalls how Warhol redefined art in the late 20th-century. A few limp blonde-and-brown wigs sit in a display case nearby, sad reminders that artists are often smaller than their work.

Andy Warhol continues to Oct. 24 at the Art Gallery of Ontario. 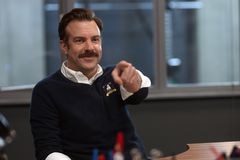 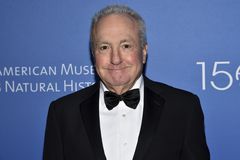 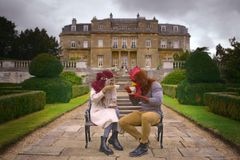