Last week, opera lovers had the rare opportunity to spend some time with revered Black sopranos Othalie Graham, Audrey DuBois Harris and Measha Brueggergosman. A virtual event called Black Opera Live: Canada presented the acclaimed artists in conversation with baritone Kenneth Overton, discussing everything from how their careers began to their experiences with motherhood to their views on cultural issues.

The event kicked off with a little background about each artist (highlighted with performance clips), outlining their musical beginnings and major influences in their formative years. Graham, who grew up in Toronto, credits a grade-school music teacher’s extravagant fur coat for sparking her interest. “Well, my dear, if you’re an opera singer you can have that,” explained the teacher, who ultimately set the wheels in motion for her pursuit of a singing career. With a voice too large to blend in with her school’s choir, Graham was instead allowed to sing a solo every other week and later continued her studies at the prestigious Academy of Vocal Arts in Philadelphia.

Conversely, singing has always been a part of DuBois Harris’s life. It started with an early desire to be just like her idol, Mariah Carey, but it was her voice teacher who encouraged her to explore classical music. DuBois Harris, originally from Miami, progressed quickly and after graduating from an arts high school went on to study at New York’s Juilliard School of Music. Eventually, Aretha Franklin spotted DuBois Harris during a television appearance and ultimately signed her to a contract.

Brueggergosman, who hails from New Brunswick, knew from the beginning that music would be her path. After initially wanting to take piano lessons to be like her older sister, she eventually focused on singing. Due to her remarkable voice, she was discouraged from joining choirs and instead followed a soloist path. After graduating from the University of Toronto, her star continued to rise thanks to being, as she describes it, “the product of many people’s help and support.” Despite colleagues and fans who encouraged her to remain exclusively in the opera sector, Brueggergosman has made a concerted effort to musically expand and perform in a variety of genres and capacities.

There are several common threads that link these three sopranos. They all expressed a devotion to their faith, all share the bond of motherhood, and all feel their profession doesn’t exclusively define their identities. And they all had a perspective to share on being women of colour. “There isn’t only one way to be Black,” noted DuBois Harris. “We may all look the same, but our experiences are all very different,” concurred Brueggergosman. “There is no ‘us’ and ‘them’ – it’s all ‘us,’” Brueggergosman continued, calling for a union between Black and non-Black communities.

After sharing a breathtaking video excerpt of Graham performing as Turandot – a quintessential role she has played to legendary status around the world – Overton finally broached the topic of civil unrest in America and around the world. He specifically asked for the impressions of DuBois Harris and Brueggergosman – both of whom reside exclusively in Canada. After briefly hesitating, DuBois Harris took the lead, explaining how she feels being Black in Canada is different than what she sees south of the border. She sees a range of backgrounds and ethnicities within the Canadian Black community, she explained, versus what she observes with our American neighbours, who all seem to fall under the same African-American umbrella. She also highlighted the stain of slavery she’s seen all around the world during her travels. “There’s a fork in the road,” she added, “and it is now time for everyone to choose a direction.”

From this viewer’s perspective, I was hoping to hear more from this panel specifically about their experiences as Black classical musicians. Surprisingly, they didn’t share any personal anecdotes, nor was there any meaningful in-depth discussion pertaining to the deeper issues related to the Black Lives Matter movement. I was listening in anticipation of finding out what life in the rare shoes of being a Black soprano is like. Despite this, it was a thoroughly enjoyable conversation – and one we all can only dream happens again. 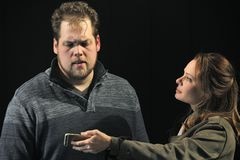 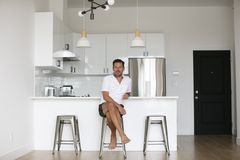 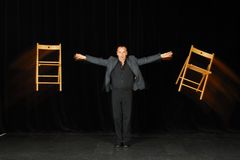