Despite its name, these are tough times for Vancouver’s SpeakEasy Theatre.

The small company survives from project to project and last August it failed to get a Canada Council bridging grant that would have helped pay operating costs. It was already struggling with debts left over from Gross Misconduct, a play set in a prison cell that it produced last spring. Canada Council juries had recommended the play three times for project grants – but it didn’t ever rank high enough to make the final cut. Meanwhile, SpeakEasy recently cancelled its new play festival owing to a change in funding programs at the British Columbia Arts Council.

“It’s all kind of a game, a chess program of what funds are available,” general manager Markian Tarasiuk said. “We have reconfigured our five-year plan four times in the last year and for now have given up.”

Among Canadian arts groups, there is mounting frustration with the Canada Council for the Arts. At a time when all funders worry that the concept of “artistic excellence” contains hidden bias that has excluded applicants who aren’t white men, artists praise the council for reaching new groups, in particular Indigenous artists. But they also complain the money isn’t being distributed equitably across Canada. Tarasiuk points out that B.C. has almost as many artists as Quebec, but gets half the dollars. That is a complaint that echoes loudly in Alberta and in Ontario, where the Toronto Alliance for the Performing Arts (TAPA) has been flagging regional disparities revealed in the Canada Council’s own data.

“If Ontario received the same investment per capita as Québec over the past 40 years, Toronto’s thriving and diverse arts scene would be even more robust and representative,” TAPA executive director Jacoba Knaapen wrote in a letter to the council last March.

“The Canada Council is responding to the demands that are coming in and those demands are shaped by the reality of the ecosystem," he said in an interview. "What we are looking for constantly is the rate of success, that’s the equity, not the amount of money.”

Artists don’t like to complain about the Canada Council because they fear it may jeopardize their grants or the council’s own funding from the federal government. And yet, there has been unprecedented public criticism in recent months, both in TAPA’s public letters, in submissions made to Parliament’s Standing Committee on Canadian Heritage last June and in on-the-record interviews.

The criticism emerges at a time of big changes. When the Liberals came to office in 2015, they doubled the council’s budget over five years, raising it to $360-million by 2020. At the same time, the council was revamping its granting system, replacing dozens of programs divided largely by genre such as theatre, visual arts or publishing into a few wide streams with names such as “Explore and Create” and “Engage and Sustain.”

Although the previous Conservative government had also given it one-time top-ups, the council had long suffered from a lack of new money. That created a problem of incumbency: Only those who already had operating grants got operating grants. But those amounts were frozen, so both insiders and outsiders felt aggrieved. The news that the council’s budget was going to double may have created false expectations in incumbents.

Most agree that the council’s decision to set aside 25 per cent of the funds for first-time applicants, whether they are applying for a one-time project grant or long-term operating funds, is a good idea. New grants are transforming groups across the country. The broadened categories allowed the Yukon Arts Centre in Whitehorse to obtain $260,000 annually to fund its multidisciplinary operations: It can now regularly tour shows to Watson Lake, Old Crow and Dawson City.

At Theatre Calgary, however, there has been no increase to the operating grant since 2014, and now that money has been flatlined to 2023, hampering development of new Canadian plays and musicals.

“The old organizations are twitching, saying we really don’t understand this,” said Casey Prescott, CEO at the Yukon Arts Centre. “But I hear from younger artists, it’s opening opportunities.”

Some incumbents hoped to see increases spread around – an approach the council has purposefully avoided as it stresses “transformative” grants over small amounts for larger numbers.

“I think the community imagined this could be transformational for the ecology not just for specific projects," Toronto theatre director Andy McKim said.

But some newcomers are doubtful of the broad approach, suspecting it reinforces existing biases. “Some of the backlash against the new system is people who have always received money,” said Kevin Ormsby of KasheDance, an Afro-contemporary company that recently received its first-ever Canada Council project grant.

These days, arts councils in many countries are discussing how to fix social inequities in funding: Arts Council England announced this year that it now judges applicants according to relevance not excellence. The Canada Council still uses the term “artistic excellence,” but also talks about rewarding artists working for “greater engagement in the arts by Canada’s increasingly diverse public.”

Ormsby supports the idea that he will be judged for how he creates art in a community context, saying, “Art for art’s sake should be thrown into Lake Ontario.”

Still, many insist the starkest disparity is regional. Statistics assembled by the council show while Ontario has almost double the number of artists as Quebec, in 2018-19 it got the same dollar amount, about $80-million; B.C. has a similar percentage of artists to Quebec – 18 per cent to Quebec’s 21 per cent – yet gets less than half the amount of grant money. Alberta has about 8 per cent of the artists but only gets about 5 per cent of the grants.

The discrepancy is caused by Quebec’s greater provincial support, creating a virtuous cycle in which artists know how to apply for grants and develop careers that impress juries. The Ontario Arts Council’s budget is about 60 per cent of the budget at Quebec’s Conseil des arts et des lettres, although Ontario’s population is about 70 per cent larger.

“It’s like sport, like the Olympics. We are at the national level,” Brault said. “The number of people who apply and the scale of the artists’ projects is very much influenced by what is the local and provincial level of funding.”

Artists across the country agree that federal and provincial funding are related. But not everybody believes that the classic pipeline explanation – fewer Albertans apply so Albertans get fewer grants – can be used to justify the discrepancy. Brault’s predecessor, Robert Sirman, warns against slipping back into old arguments once used to explain why women didn’t get as many grants as men.

“At a certain point, people say ‘I don’t care how fair you think your system is, it produces injustice,’ ” he said. “This is an opportunity for the Canada Council to lead and it seems sad they are not grasping this.”

Brault says the Council is educating potential applicants about the process, but he also argues it can’t impose top-down solutions on local ecologies. At TAPA, meanwhile, change can’t happen fast enough: As the council released its 2018-19 numbers last week, the group did more math. On average, an Ontario or B.C. artist gets about half what a Quebec artist does, while an Albertan artist only gets 40 per cent.

“We never suggested taking money away from Quebec," Knaapen said. “It is all about how the new money should be spent, with regional equity.” 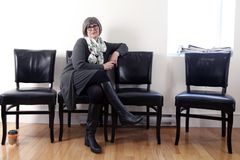 Canada Council for the Arts to give free tickets to Syrian refugees
December 11, 2015 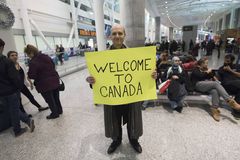