A majority of artists and artistic organizations served by the Canada Council for the Arts believe that they will get through the COVID-19 crisis with the support of emergency measures announced by the federal government. But 39 per cent of survey respondents – primarily self-employed artists and smaller organizations that rely on them – say they will need help beyond the Canada Emergency Response Benefit (CERB) and the Canadian Emergency Wage Subsidy (CEWS) in order to make it the other side of the pandemic.

Simon Brault, director and chief executive officer of the Canada Council of the Arts, which released the results of the survey on Monday, said the initial measures by the government were helping many in the arts sector – but that performing arts and visual arts, in particular, will need tailored programs designed to keep them from failing as long as theatres and galleries remain closed to prevent the spread of the novel coronavirus.

“Otherwise, we will lose a part of the sector."

On April 6, the Canada Council for the Arts and Forum Research sent an online survey to around 30,000 clients of the funding agency – 27 per cent of which replied within 48 hours.

Around 43 per cent of individual artists who completed the survey had applied or planned to apply for the Canada Emergency Response Benefit.

But of those comprising the other 57 per cent, only 35 per cent said they did not apply because they were not in need of financial assistance, while 36 per cent did not because they had either earned employment or self-employment income that made them ineligible, or because they had not earned enough income in 2019 in order to apply.

Since it launched, CERB has come under criticism for doing nothing to support self-employed workers who may have lost the majority of their income, but not all of it – a group that includes many artists.

Last week, Prime Minister Justin Trudeau said his government would have “more to say for those who are working, but are making less than they would with the benefit” – but no plans have yet been announced to the public.

In the comments section of the survey, Brault says many respondents said they would like the government to allow those with some earnings to be able to receive their CERB allocation minus their income. “A lot of artist have small gigs on the web or are giving lessons that could cut them off from that allocation - and that would be sad, because we should not ask an artist to not be an artist,” he said.

To explain the plight of these smaller organizations, Brault used the example of a dance company with a $400,000-a-year budget that may have four employees on staff - but where all the dancers, designers and musicians are technically self-employed contractors. “The problem you’re facing right now is that cannot keep these people around you to continue to work to prepare new proposals for after the crisis because they are not employees," he explained. 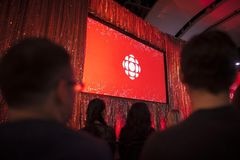 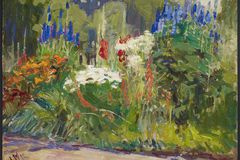 Royal Ontario Museum will lay off half its full-time staff, reducing hours
April 8, 2020 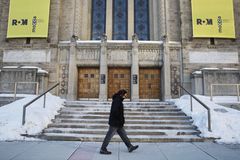