Quebec conductor Nicolas Ellis is winner of the 2021-22 Mécénat Musica Prix Goyer, awarded every two years to an emerging artist in classical music. The $125,000 prize is billed as the largest of its kind in Canada.

In normal times we have different partnerships. One of them is a program for kids who come mostly from underprivileged backgrounds. So we have musicians who act as mentors, teachers, playing orchestra rehearsals. One of the projects we have been able to do this year, even through the pandemic, was in collaboration with the Montreal Opera for kids that are going through all kinds of different psychiatric challenges in their life. We work with them as they rewrite the story of an opera, and they get lessons on how to sing, and they have to follow the conductor, follow musicians, sing, act, so it’s a very stimulating artistic and human experience for everyone.

But even before the pandemic, the question was: how do you connect? There are a lot of people who think that classical music is a lost cause, that audiences are ever-smaller, ever-older, the orchestras ever-more precarious. At 29, do you see a future for this medium, other than playing Brahms to whoever is left who wants to hear Brahms?

A lot of people are asking that question. And I think that, of course, Brahms and Beethoven and Mozart, they do have their place. That being said, we have to be creative and work with composers that are alive today, and with musicians from all spheres – so maybe not only classical music – who may be dancers or comedians. Music and classical music tell us a lot about our heritage as a culture, but I think that we also have the power to create the heritage of the future, and that requires us to be proactive in working with the artists who are the cultural identity of society today.

The question is how to reach a broader audience, and connect even more with the audience that does come to the concert hall. Some of them do like to hear a Tchaikovsky symphony, as anyone should because it’s amazing, but it also means we have to be proactive in bringing our symphonic music into our culture, into the 21st century, and being creative about the different collaboration we can do with other artists and living, breathing musicians.

I watched you conduct some Corelli, and I’ve seen other people conducting socially distanced orchestras. How does that affect the performance? How do the musicians hear each other when they’re standing six feet apart, instead of all crowded together on the stage?

In the very beginning, when everybody was kind of shocked by it, the musicians didn’t hear their colleagues and themselves the way they used to, so as a result people were playing a bit less confidently or with less presence, so the sound didn’t have a structure or it didn’t have a foundation. Throughout the past year it was really about learning another way of hearing, of being much more conscious of what other musicians in the orchestra are playing or doing.

For the strings, in particular, what was interesting is that because usually they sit two per stand, they were a little bit less comfortable. I would say that now it feels even better than before the pandemic, because now they found their sound and because they’re alone at their stand, they play more in a soloistic way, which quite surprisingly made the whole sound of the orchestra even bigger than what it used to be when they were two-by-two.

So when we get out the other side of this, what do you think the classical music scene will look like? Will it be different, will it be less, will it be more? What are you betting?

I think that one of the things [that may change] is maybe the length of the concerts. Streaming concerts, we realized that it wasn’t worth it to try to do a two-hour concert. To keep the audience means shorter programs, like 75 minutes, with no breaks. And I think that also means more time to rehearse the music, to go deeper into the rest of the program. So I think that there’s definitely something interesting in the way that we will be presenting concerts.

With streaming, are you okay with somebody listening and watching you with the cheap little tinny speakers you have on a smartphone?

It was quite common in Europe to be able to watch a performance online, but it wasn’t common here. And the pandemic has made orchestras realize they have the infrastructure and the means to be able to do that kind of a project, which is a good thing and hopefully that will stay after the pandemic. But ultimately, I think that being in the concert hall and being in person, there’s nothing that’s going to replace that. So many people are tired of streaming concerts and can’t wait to just go back into the concert hall and I’m confident that the audience will be happy to come back and really enjoy the pleasure of a live performance. Because there’s nothing, there’s nothing like it for all the living arts. 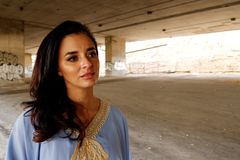 Classical music gets me through these COVID times
February 3, 2021 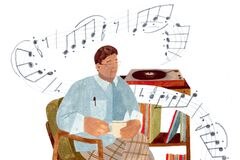 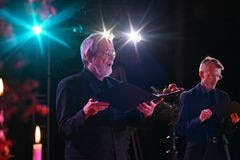