A look back at four months ago reveals just how fast artists responded to the overnight suspension of live culture, within days migrating wholesale to the virtual world. At first their intrigued audiences followed, but the quality of the early hastily improvised offerings varied wildly. Onscreen viewing figures for online platforms are brutally transparent, exposing in real time half the audience abandoning a poorly planned event, and very quickly some people were desperately praying for the return of live culture so “we can all put our screens away,” as if the online arts explosion were just a bad dream. I suspected those people were wrong then. Now I am certain they will be proved wrong, as the former choice of live or online evolves into a much richer hybrid world, potentially the most profound change in our engagement with culture for 300 years.

Pre-COVID-19 (a boundary sounding ever more like a geological era), online tools mainly played a secondary, facilitating role in the arts. Livestreamed performances obstinately remained a comparative rarity (mostly for contractual reasons). There were some engaging online educational offerings, but most digital applications just supported the live experience. Then, overnight, live culture was suddenly, shockingly extinguished, with no time for a considered response. Within days, like a jet from a firehose, exploded the first online surrogates – treasures exhumed from video archives, performances eloquently livestreamed from deserted buildings, curators eagerly leading tours of their (locked) galleries, fully participative educational programs and some achingly personal webcasts from artists in their locked-down homes.

But online incarnations of the arts quickly started to become more ambitious and sophisticated, audiences more adventurous and discerning, and the bar of expectation and achievement constantly rising. Most excitingly, new kinds of cultural engagement are now emerging which could only exist online. Whole festivals have imaginatively reinvented themselves overnight as virtual experiences, connecting people interactively in entirely new ways, enabling them to shape the narrative through their contributions.

Berlin club culture faced the biggest challenge in its history when the city’s entire nightlife shut down overnight on March 13. Since then, around 35 million people in 39 partner cities have been engaged in different ways with “United We Stream,” involving 370 clubs and over 1,550 artists, effectively creating new kinds of inclusively transnational club-night experiences which individual clubs could never approach.

This week a quickly invented mix of virtual studio visits and artist dialogues is transforming the connectivity of Toronto’s Outdoor Art Fair, where art-lovers typically spend an annual $2-million on contemporary Canadian work. This year, in place of being jostled in a weekend crowd of hundreds of thousands in Nathan Phillips Square, a 10-day all-virtual TOAF is giving artists and art-lovers much deeper opportunities to engage individually with each other, almost certainly expanding the horizons of TOAF for future years.

For the most radical pioneers, such as Amsterdam’s multimedia jazz ensemble Tin Men and the Telephone, their online communities are now full participants in creating the event. In their most recent project, the interactive website and participative online performance World Domination volume 1, an alien peace force is sent to Earth to intervene against the rise of populism and abduct despotic world leaders, and throughout the “voyage” the online “audience” are continually engaged in contributing musical and text materials absorbed into the shared experience, described by one critic as “a 21st-century gig in which multimedia gadgetry and a sense of mischief combine to create something fresh and unexpected.” Don’t be fooled by the quirky surface. In the extraordinary new world conjured up by Tin Men, we see all the traditional structures and conventions of the arts dissolving before our eyes, replaced by interactive cultural experiences that could only exist in the hybrid live/virtual space.

These are early days. This wild child has yet to develop sustainable business models and crack the critical challenge of discoverability (cutting through the screamingly congested online universe), and, like any innovation, it has both eager adopters and supercilious rejecters. And of course these virtual adventures are unlikely to solve the unprecedented financial and survival challenges facing the arts generally. As Cirque du Soleil’s chairman Mitch Garber drily observed, “No one had ever modelled what we would do if we lost 100% of our revenue.”

Some people see the COVID-19 era as a short, reluctantly necessary period for artists to stay connected with their communities virtually, believing that once live culture returns, relieved artists and arts-lovers will leave virtual engagement behind. Maybe, if the enforced suspension had lasted just a few weeks, but some arts organisations will be dark for a year, few for less than six months. That is plenty long enough for people to embrace new discoveries, for habits of lifetimes to change.

There will always be something irreplaceably unique about the live cultural experience, but this new world of artists engaging directly with arts-lovers in fresh virtual ways is here to stay. No one would expect or want it to replace the live experience, but in offering artists and audiences a rich universe of new ways to connect, it may prove the most profound redrawing of our engagement with culture since the advent of large public cultural buildings which, three centuries ago, enabled artists to reach beyond private to a wider public. At a time when so many consequences of the pandemic look catastrophic, perhaps this will be one bright, glowing ember from which a thrilling, new, more plural future for the arts will emerge.

Opinion
COVID-19 is forcing us to enhance the experience of live entertainment in architecture and the arts
July 21, 2020 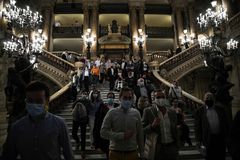 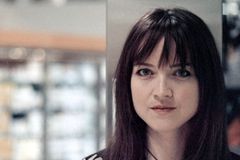