Ellen Page’s documentary There’s Something in the Water, now on Netlifx, isn’t about COVID-19. But its plot points sound grimly familiar – corporations engaging in practices they know to be environmentally damaging and even lethal. BIPOC (black, Indigenous and people of colour) and less-affluent people being disproportionately disadvantaged. Governments turning a blind eye or worse, participating in public-relations cover-ups. Humans’ careless disregard for what nature itself is telling us, and the steep upward curve of misery that results.

Page’s own trajectory has been leading her here for years, first as a young actress (Juno, the X-Men franchise) coping with sexism, and then, after she publicly came out in 2014, as a queer-rights activist. (In 2016, she and Ian Daniel launched the Viceland series Gaycation, which looks at how queer people are persecuted around the world.) In 2018 she read the book There’s Something in the Water by the Dalhousie professor Ingrid Waldron, about how environmental racism has led to pollution and death in Page’s native Nova Scotia, especially in the First Nations and African-Canadian communities, and knew she had to act.

“I myself had been silenced, in many ways, pretending for years to be something I’m not,” Page, 33, said in a joint interview with Waldron last September, when her documentary premiered at the Toronto International Film Festival. “I’m so sick and tired of people being silenced. I’m sick and tired of not being emotional. I’m tired of feeling like I have to hold back. This silencing, it needs to stop.”

In April, 2019, she and Daniel rented two 5D cameras and flew to Nova Scotia, where they filmed activists in three environmental hot spots: Shelburne, where wells polluted by a toxic dump have led to widespread illness in the largely African-Canadian community; Boat Harbour, where the Scott and then Northern Pulp paper companies have been fouling the land and waters of the Pictou Landing First Nation since the 1960s; and the Shubenacadie River, where a group of Mi’kmaq women called the Grassroots Grandmothers are trying to stop Alton Gas before its brine-dumping project kills the river forever. Page footed the film’s $350,000 budget herself.

“We didn’t set out to make a feature,” Page says. “But when we were there, driving through the neighborhoods with Louise [Delisle, a retired nurse who’s trying to draw attention to Shelburne’s polluted wells], and speaking to the Grassroots Grandmothers, and listening to Michelle Francis-Denny [in Boat Harbour] talk about how her family members have died of cancer, suicide, alcoholism and drug use – and you know the government knows.” (At this point, her voice is so tight with emotion it sounds like it could snap.) “When I feel that anger, I have to turn it to action.”

It’s “inherently screwed up,” Page acknowledges – actually, she uses a stronger word – “that these activists can be working so hard for so long, and then I talk about it and get some action. So the film makes conscious use of my privilege and platform as ‘Ellen Page The Actress’” – her grimace at that is epic – “to amplify their voices. Long, unedited moments to let these women speak. Not using my privilege isn’t an option.”

The film is also conscious about its agenda, which is urgent and unapologetic. The corporations who pollute and the politicians who protect them are seen in news footage, but Page and Daniel didn’t reach out to them for comment. “There are not two sides to this story,” Page says. “These communities have been killed. Killed! And that pertains to so many other issues. It’s not a debate. Stop having it.

“We have to alter our consciousness about what’s criminal and what’s been normalized,” she continues. “When you see the federal and Nova Scotia governments supporting and aiding Alton Gas, which will destroy the river – and they’re arresting the grandmothers? Who are protecting their treaty rights, and protecting the environment for all of us? It’s insane.”

There is some good news. In January, the government forced Northern Pulp to close the mill in Boat Harbour, and there are plans to clean up the water. Page is helping Delisle build a community well in Shelburne, and Alton Gas can still be stopped. But as Page remarked to the Washington Post in March, you can’t protect yourself from COVID-19 by washing your hands if you live in a place where the water itself is poisoned.

Making Gaycation, Page has confronted some hard truths. (Season three is in the works, and she also plans to continue directing docs.) “I’ve seen what people really think,” she says, “how much hatred and mistrust they have, and that is baffling. It seems so much easier to want to love everyone, and acknowledge that we’re all connected.

“But not caring about the planet?” she asks. “What is the psychology behind that? That is truly incomprehensible.” 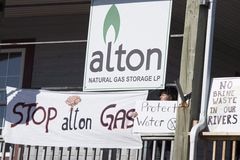 Watching Peter Bogdanovich’s The Last Picture Show in an era where moviegoing might just be dead and buried
Subscriber content
April 24, 2020 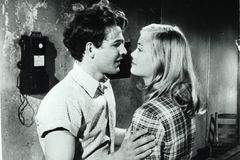 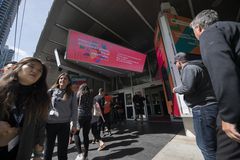